A theoretical focal point was created inside container number 2; a point of convergence which drew material and people towards it. A meeting place. An assembly.

Rich arrived in Vienna with only the vaguest idea of how the work was going to be realised - at first thinking it would be built from found timbers. During discussions it became apparent that this kind of material would be very hard to come by, Vienna being a very clean and efficient city when it comes to the removal of waste materials. After a brief scout around he noticed the pile of unused scaffolding hidden beneath the platform of the container village. Rich was told he could use as much of the surplus scaffolding as he wanted.

During installation notices were put up in each container detailing what AV equipment each artist required. Being primarily a digital arts festival most listed DVD players, laptops and projectors. Rich's simply read 'No Equipment Necessary' - which he considers to be the other title of the work.

Special thanks to Judith, Ben, and Andreas. 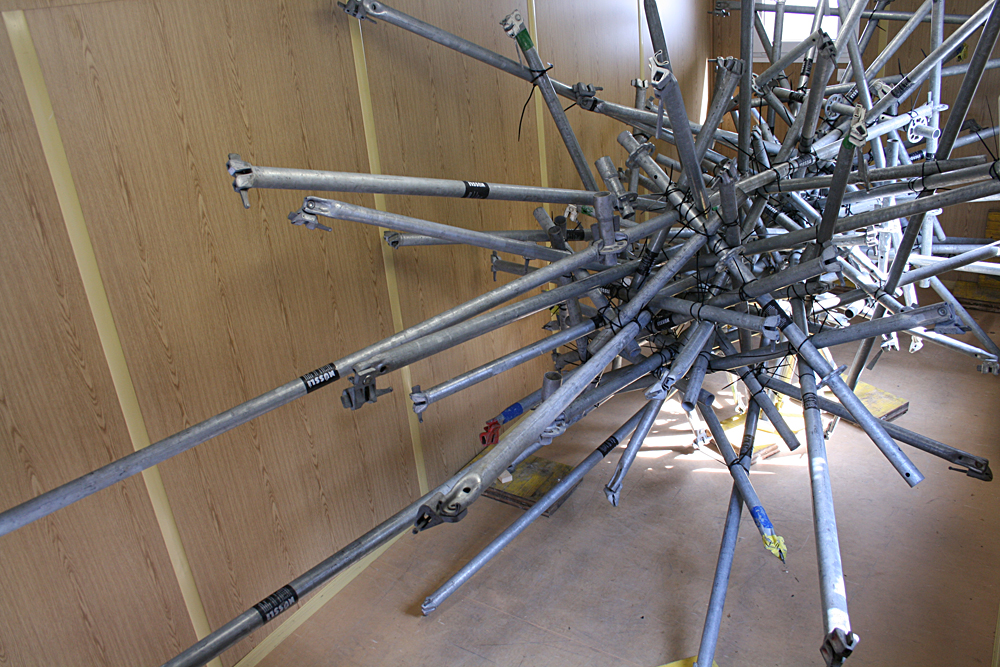 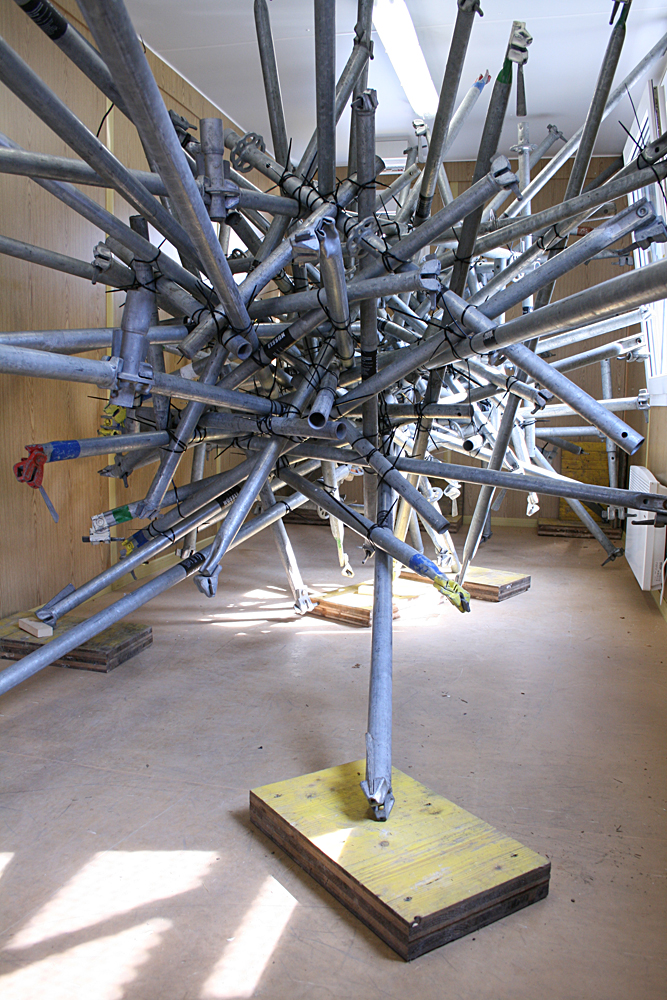 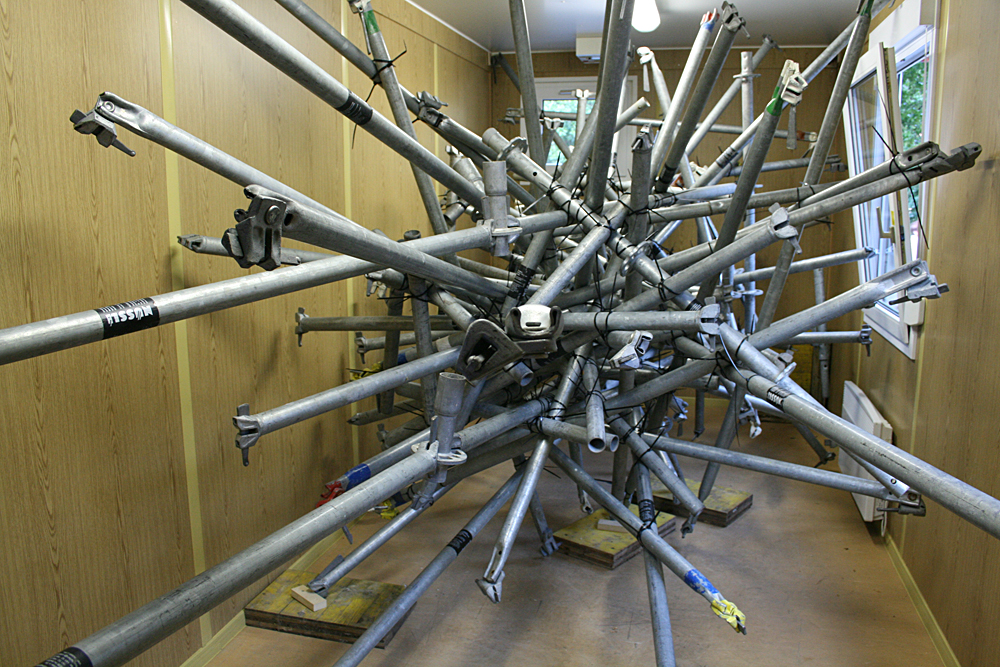 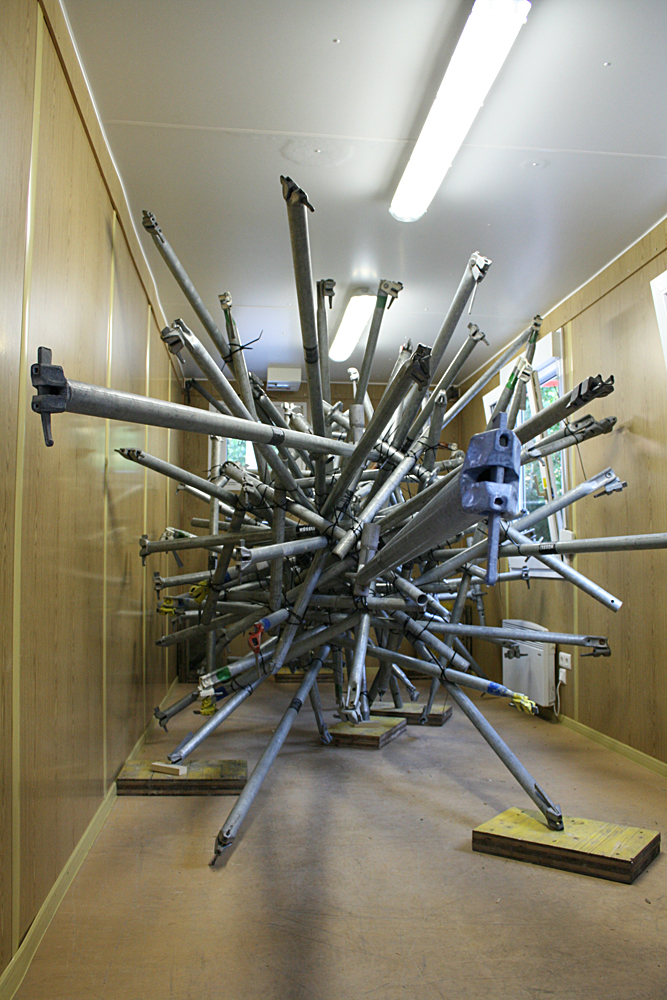 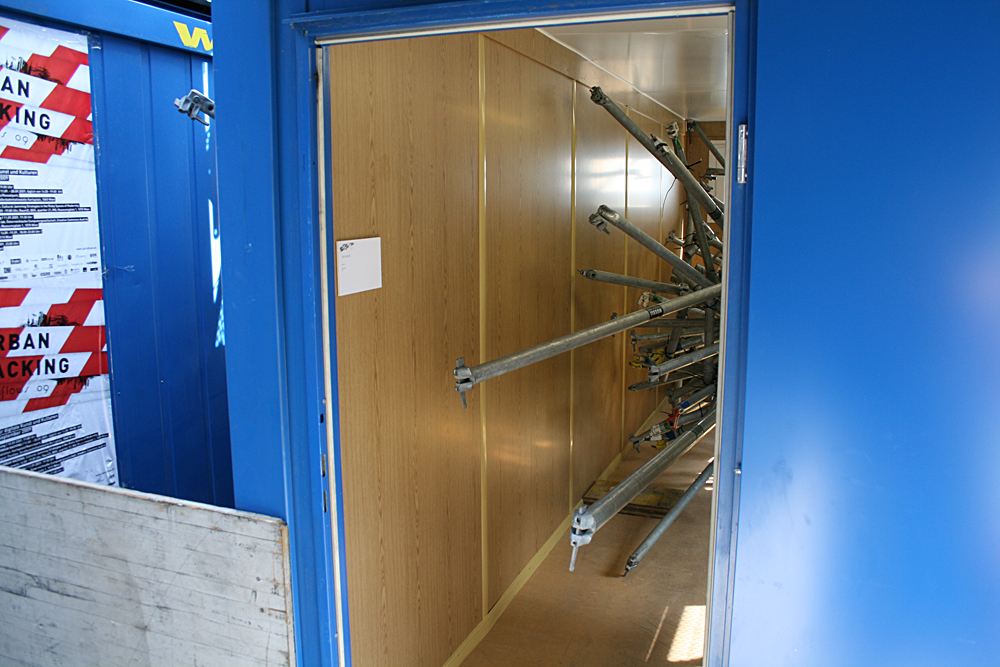 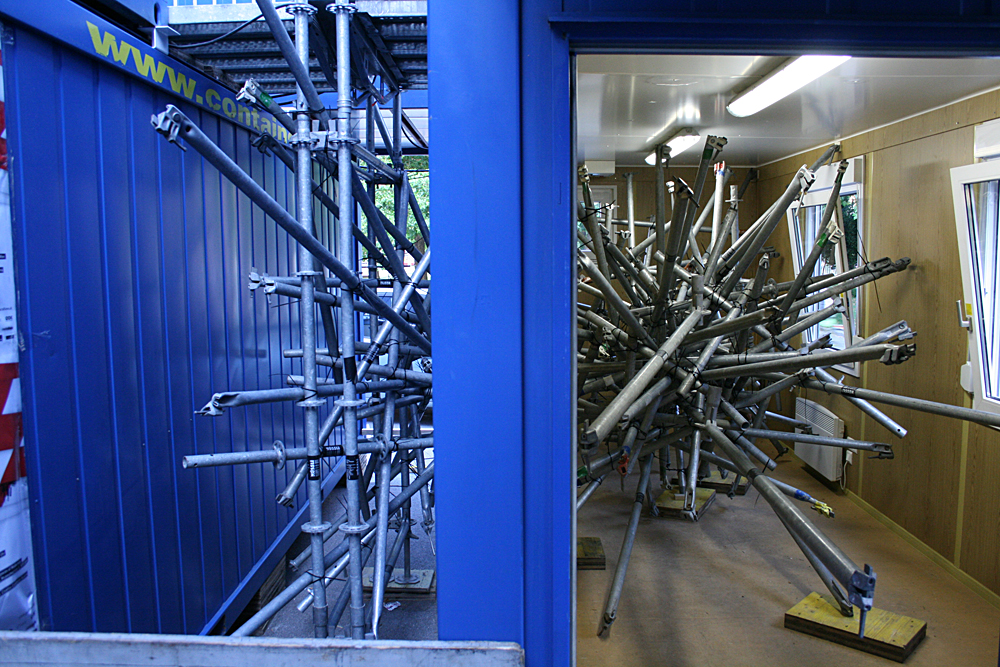 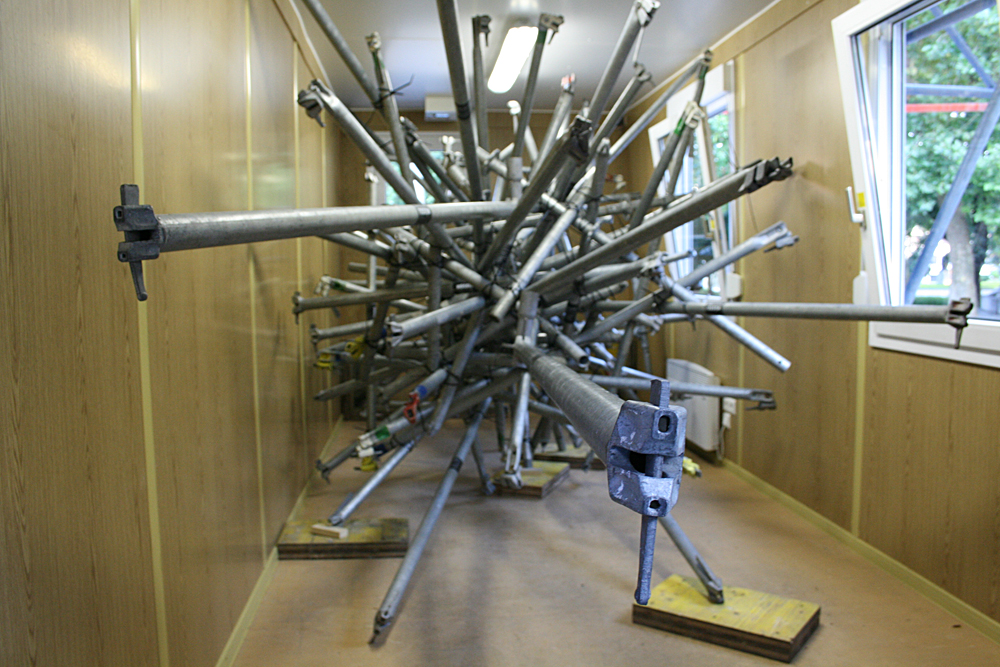 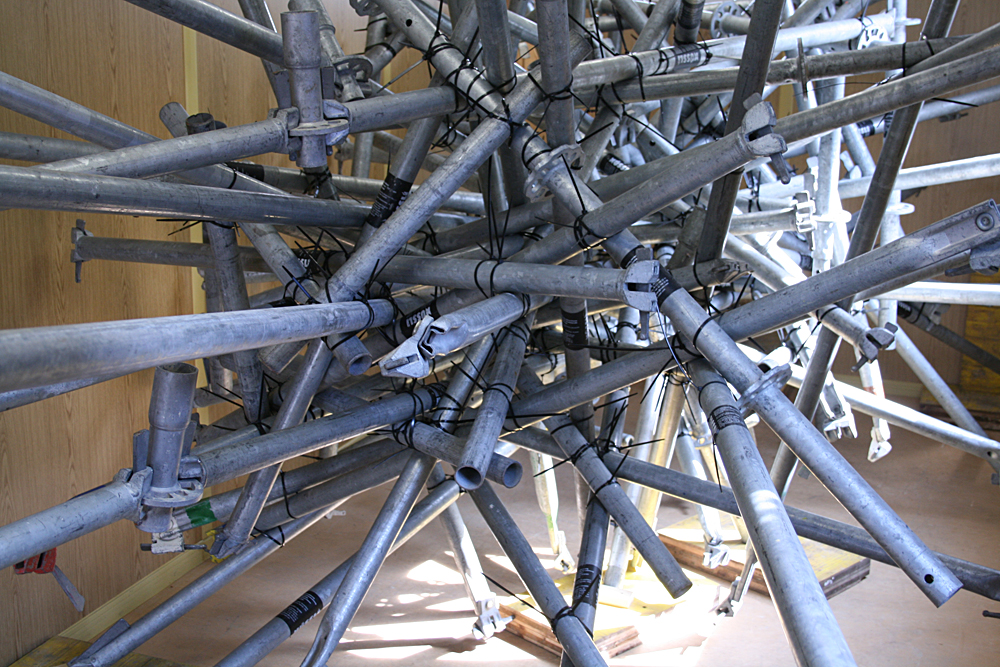