The residency at The Art House was focused on a return to a studio practice and, in particular, drawing. Rich has not had a studio space since graduating in 1998 and over the past twenty years has developed (either by necessity or design) a sculptural practice where a studio is not a requirement. To find himself in a studio space for a significant amount of time gave him the opportunity to explore another side of his practice.

For the residency Rich set himself a series of rules designed to reign in his habitual impulse to make large, physical work and, instead, concentrate on something more intimate and personal. His approach was to restrict materials to A3 paper, ink and water. Although influences were initially drawn from the surrounding area, the resulting drawings took on an evolution of their own as the time and space of the residency allowed for experimentation and risk, repetition and variation.

The initial impetus was to create drawings in a similar way to how he approaches his sculpture - through the use of simple actions repeated over and over again with an element of randomness or chance. There was an emphasis on forms and how these can resonate; evoking memories and reactions. Laying down water and then ink in a particular way created forms with both expected and unexpected results, and repeating these gestures multiple times produced variations with recognisable traits but unique characteristics. Although executed quickly each drawing took several hours to dry. During this period the ink and water continued to mix and flow, with gravity, temperature and the reaction between liquid and paper finishing the work that the hand started.

The drawings themselves are meant to be neither representational nor abstract, rather things in and of themselves. They are not necessarily drawings of sculptures, more sculptural drawings. 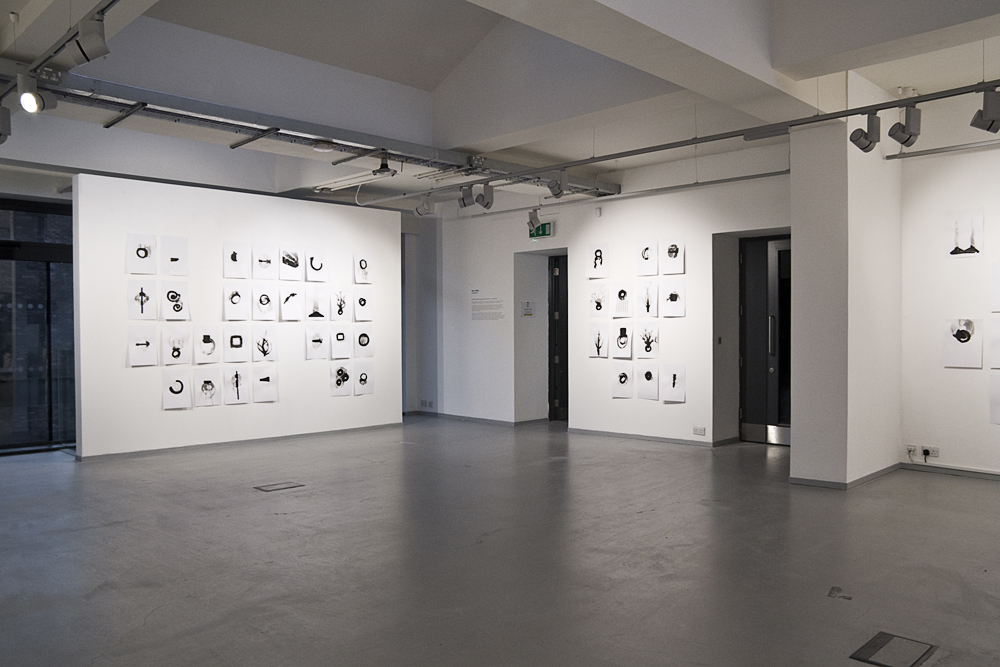 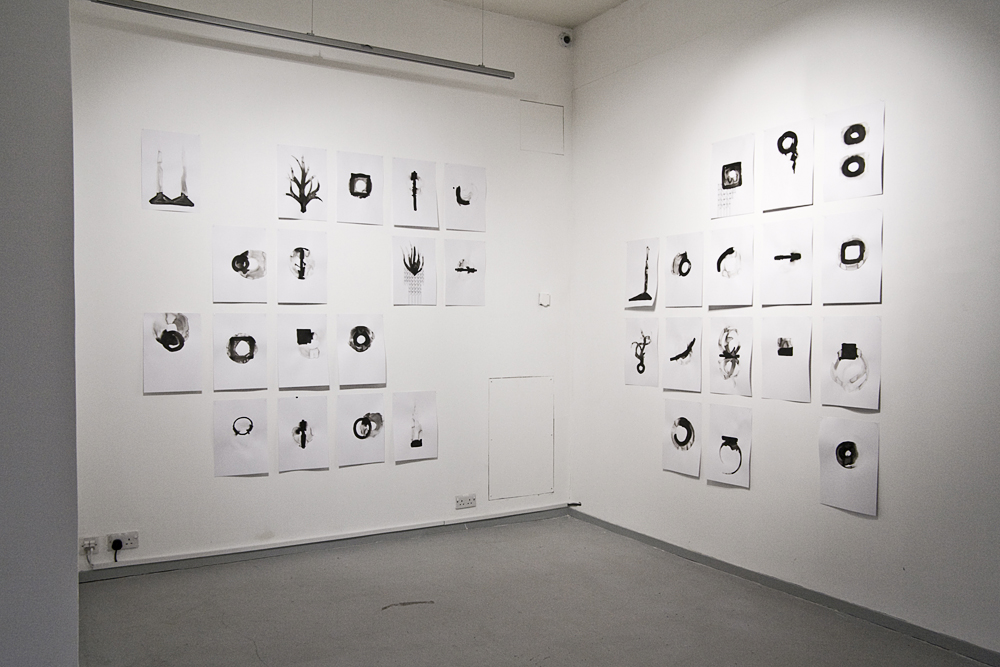 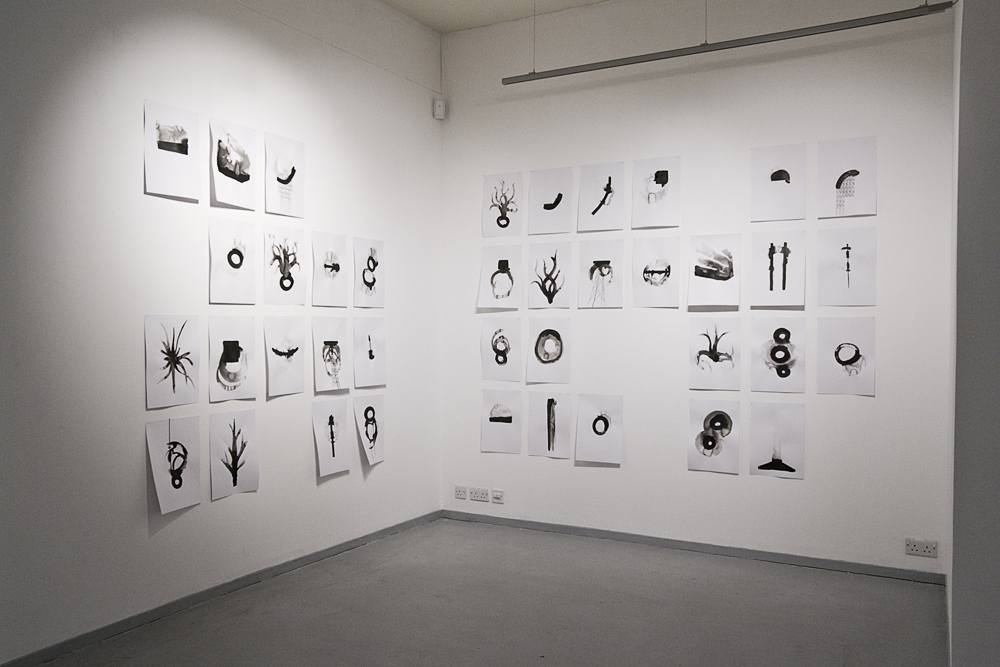 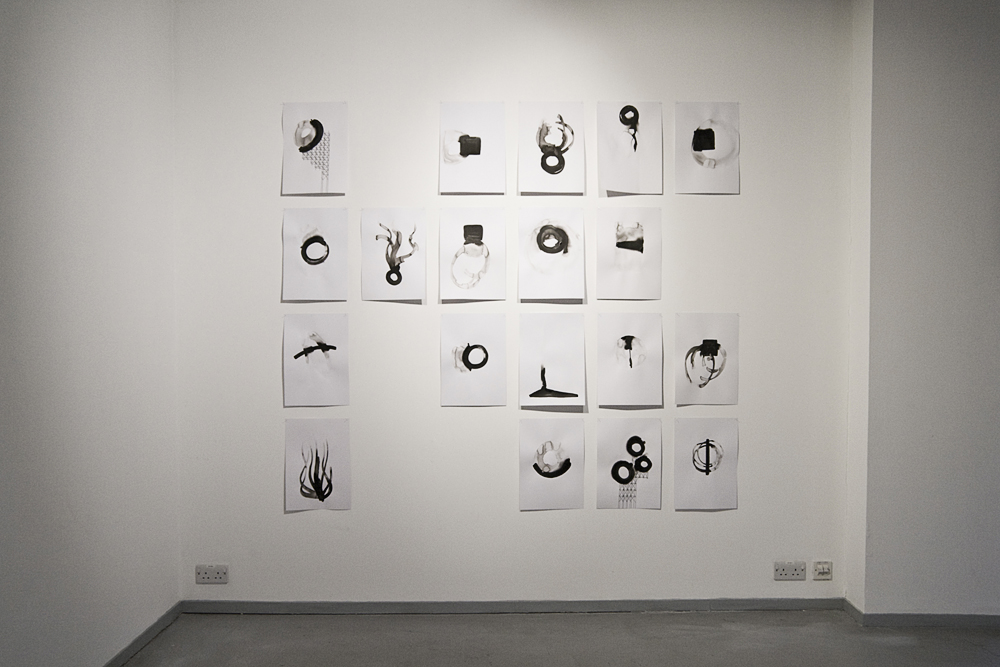 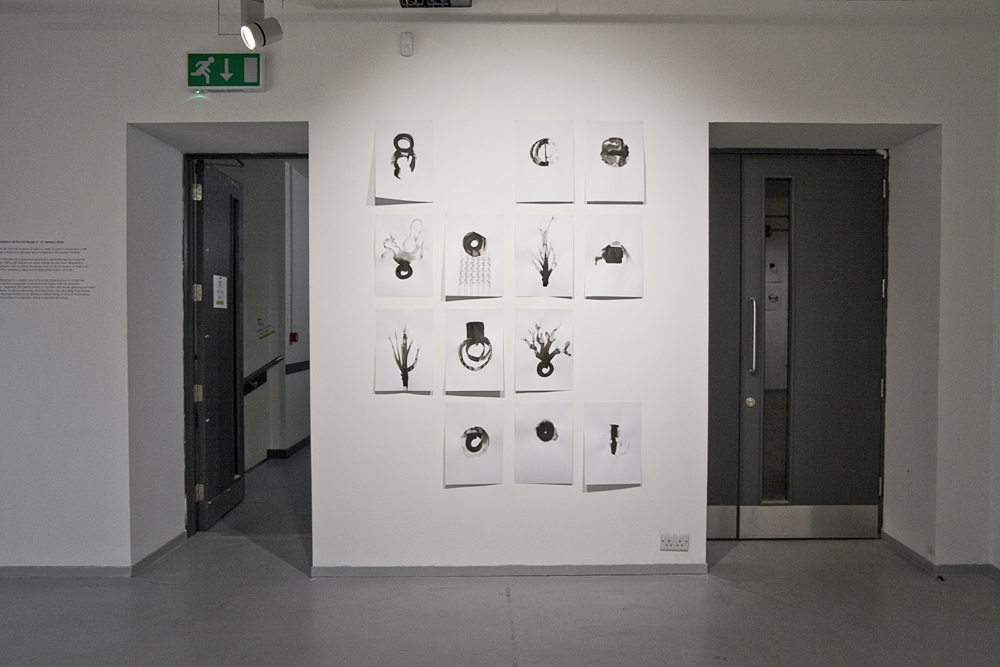 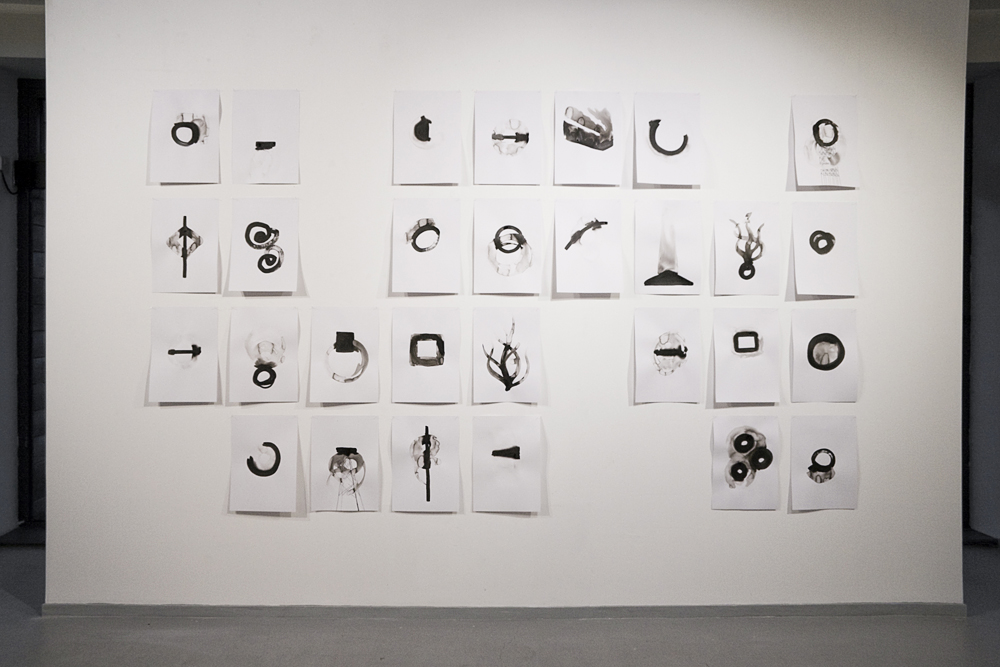 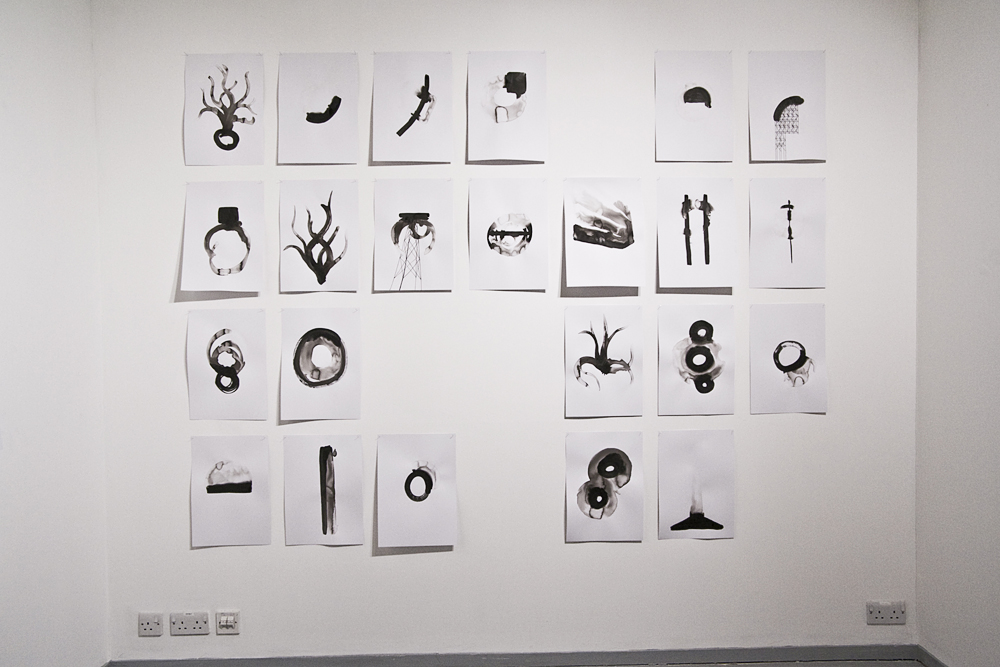 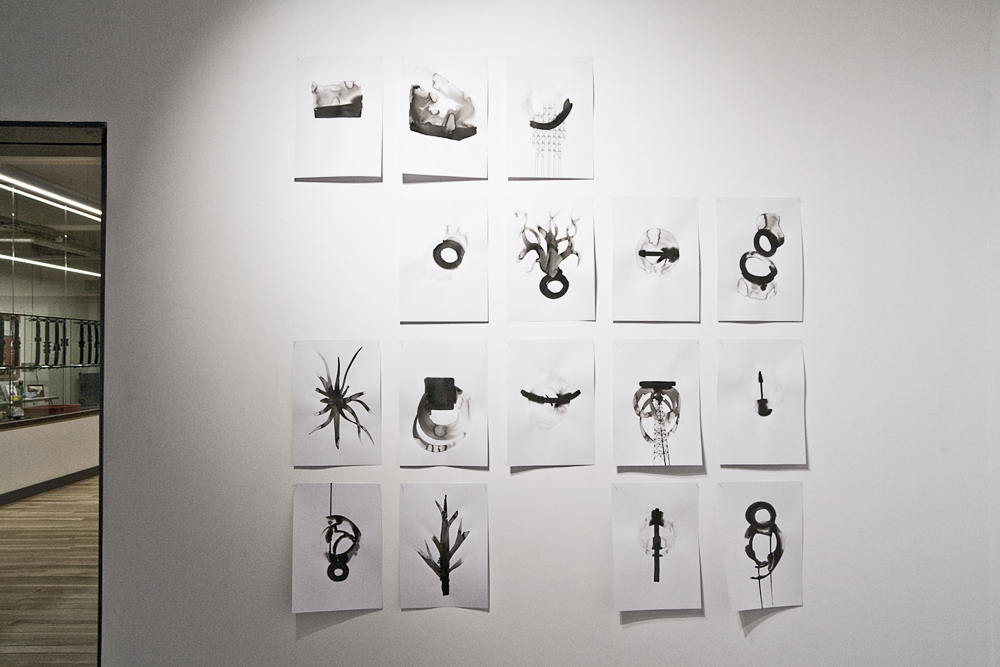 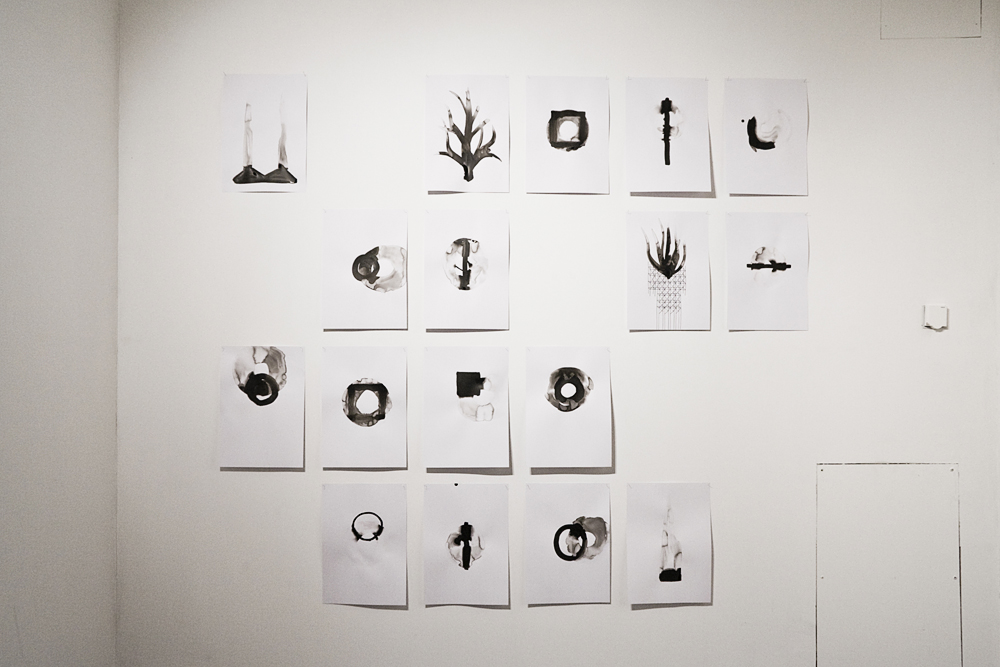 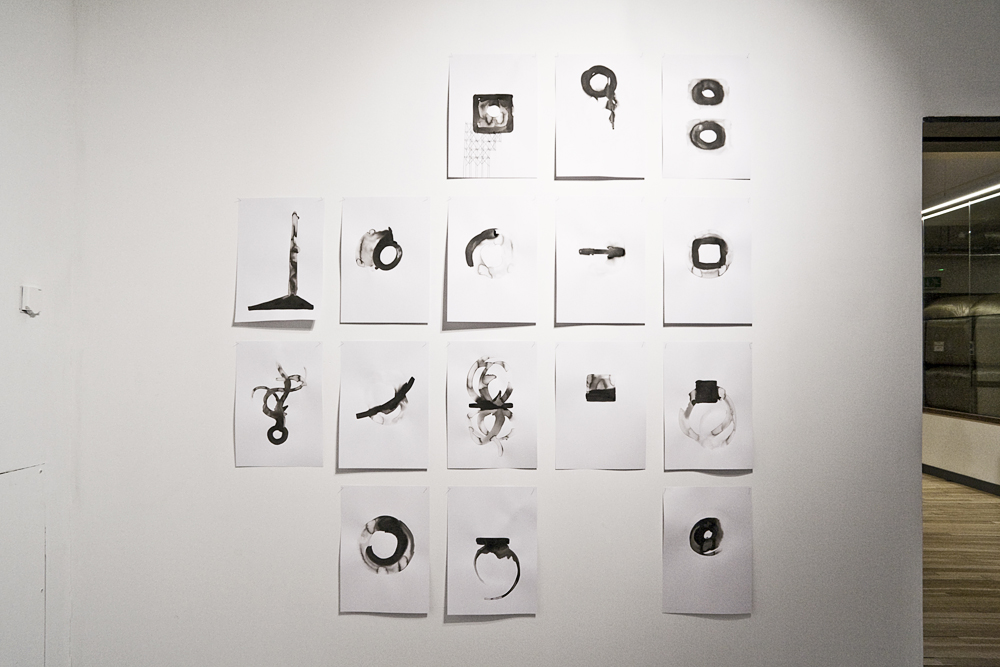 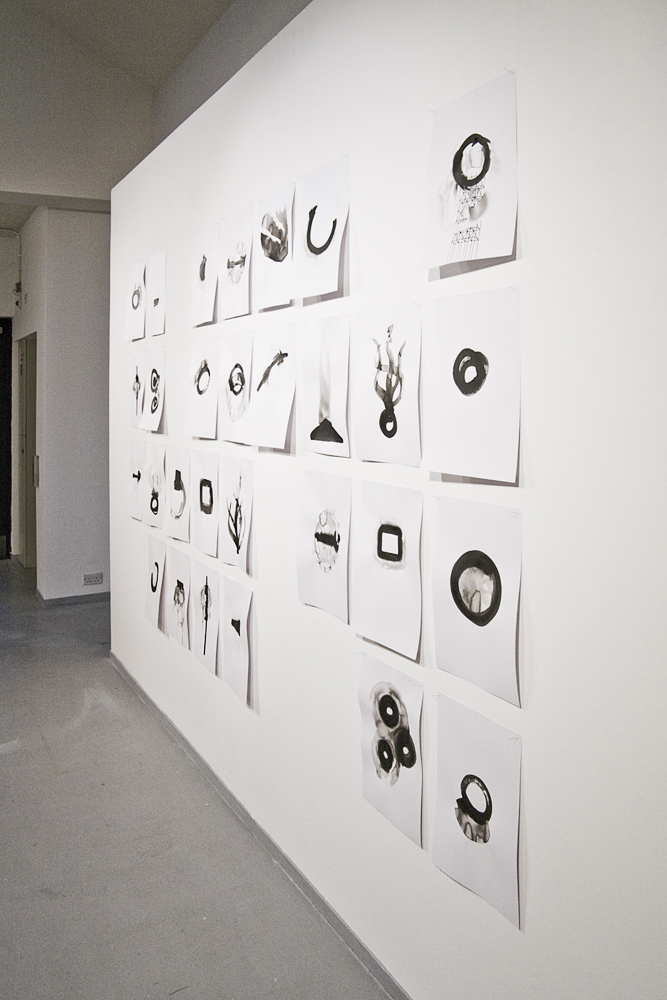 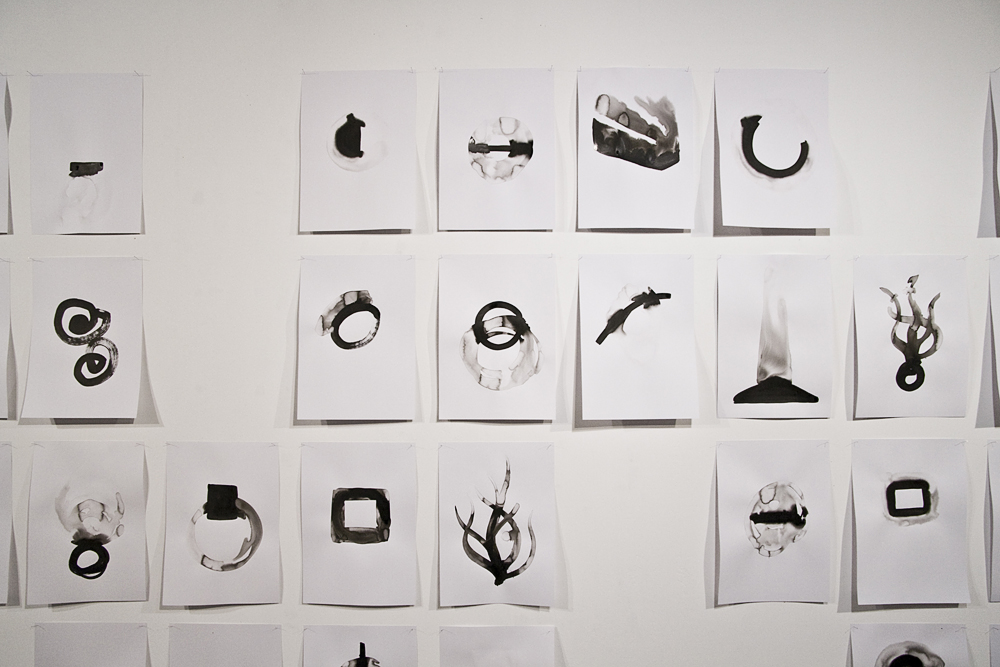 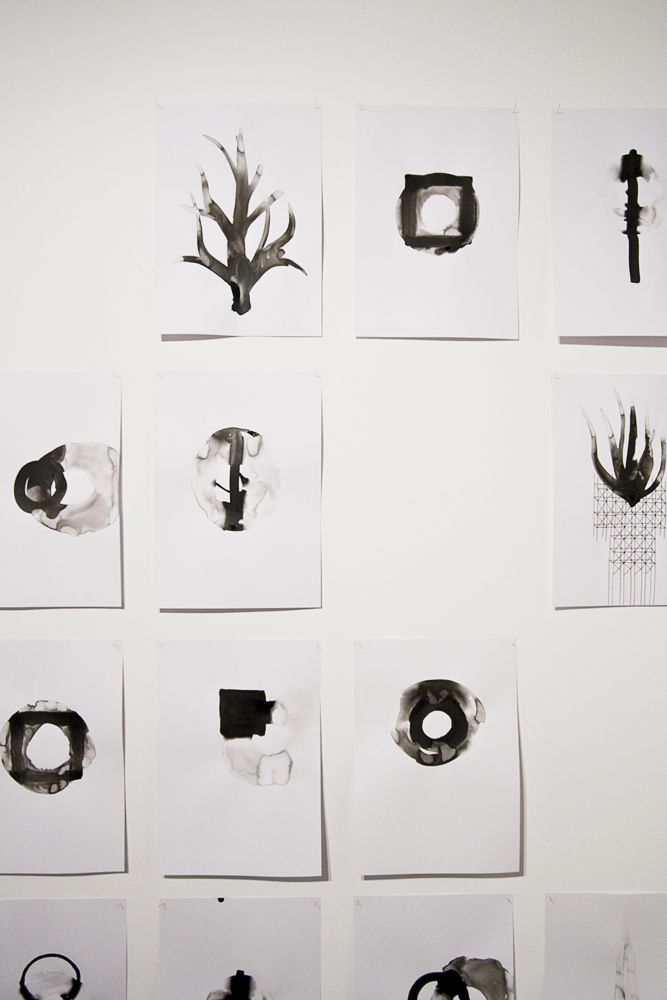 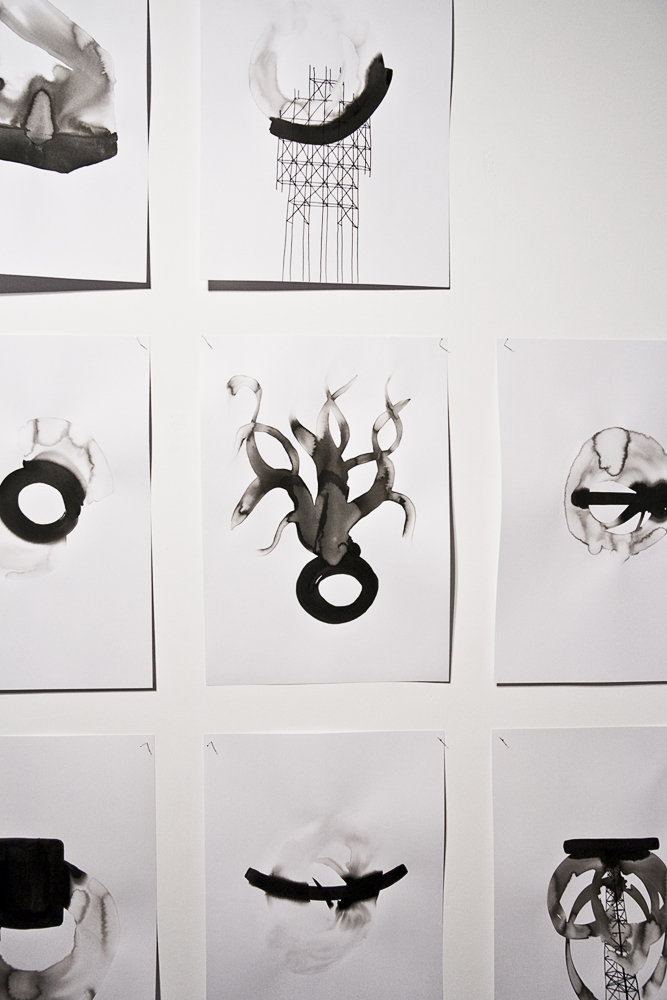 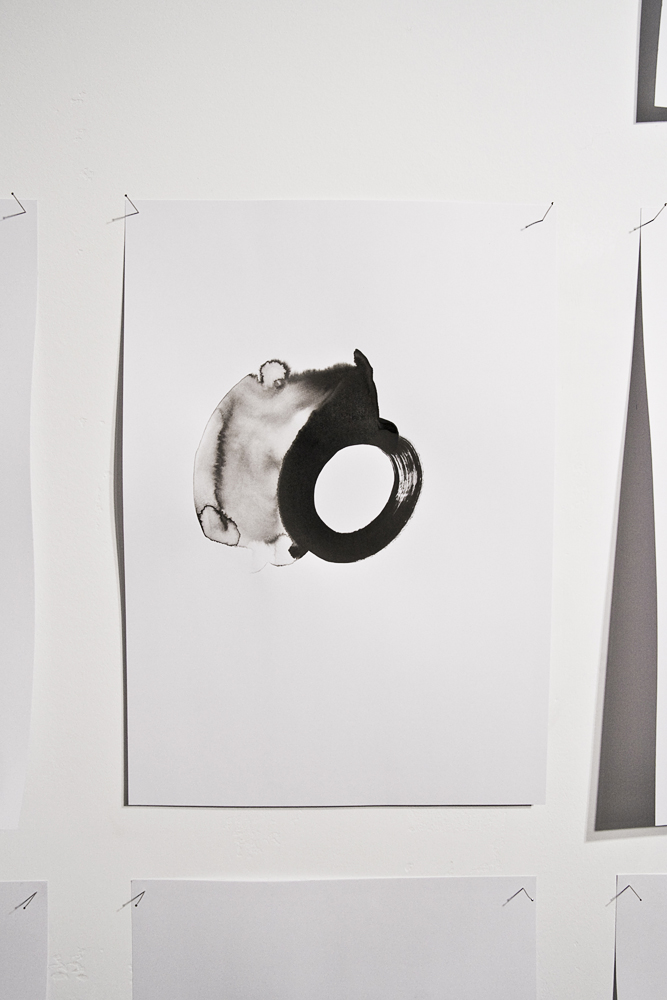