In response to the Market Estate's history of marches, protests and vandalism Rich used materials from the building site and the vacant flats to produce a series of navigable barriers which evoked the image of lines of riot police. The rear of the structures were heavily braced, as if to withstand a surge.

It is ambiguous as to whether the riot-clad forms were on the side of the police (i.e. authority, ensuring the demolition goes ahead) or part of the building (attempting to save itself). 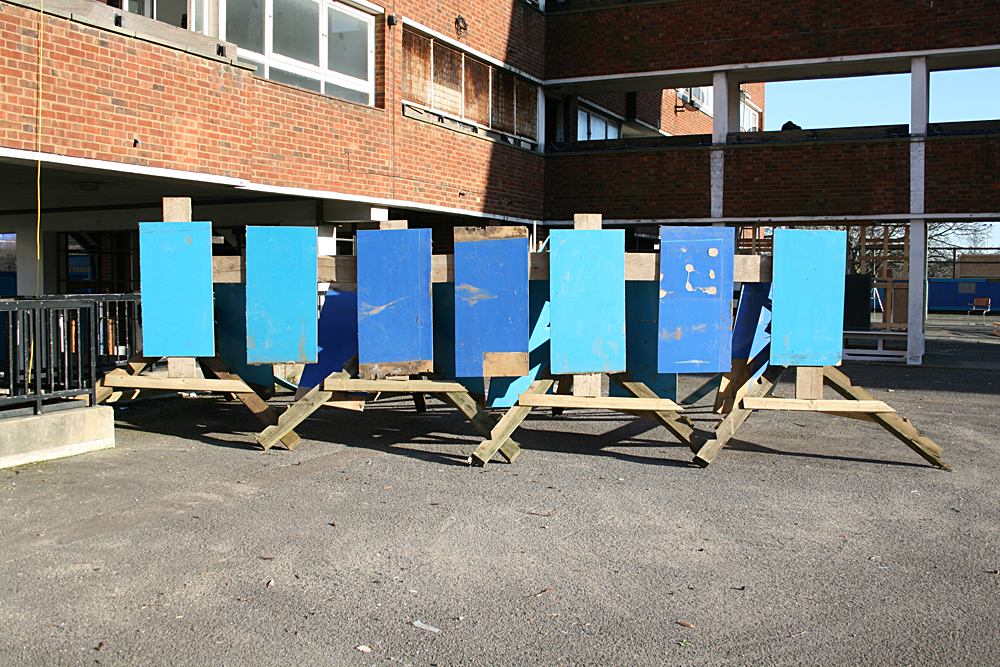 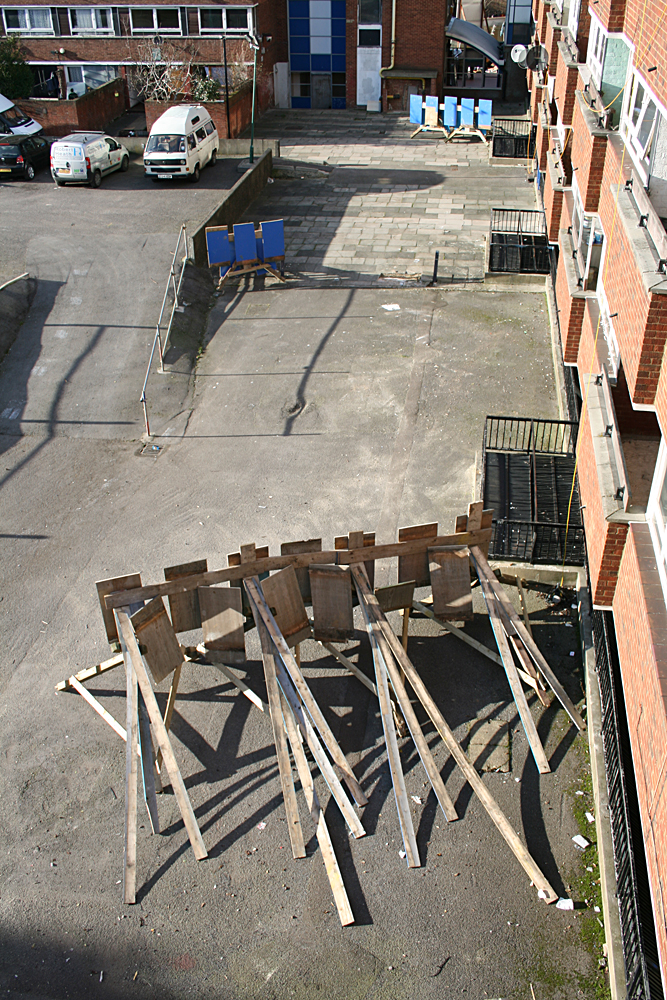 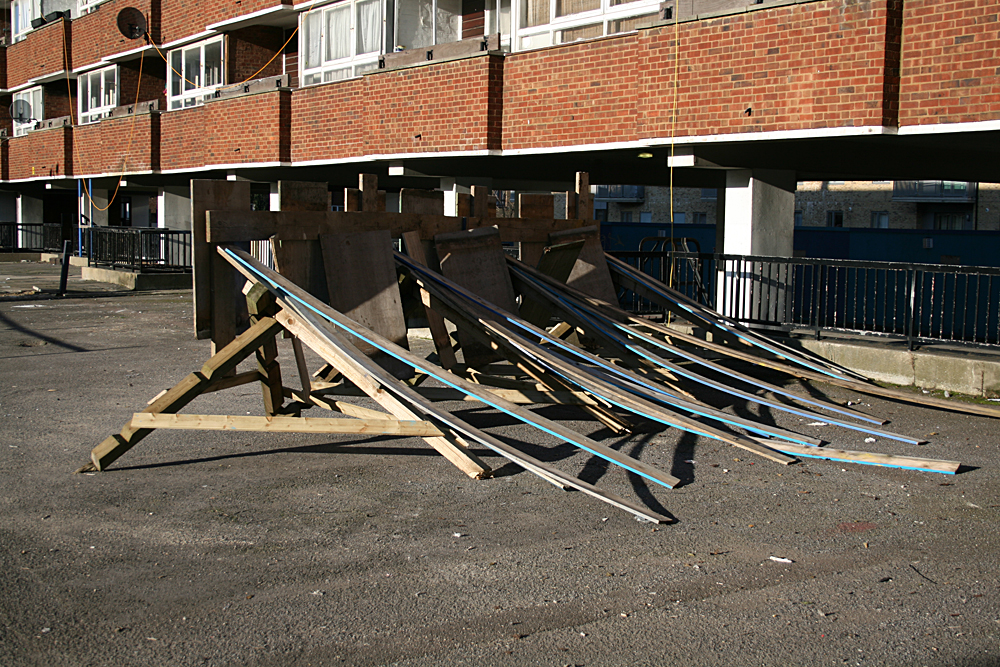 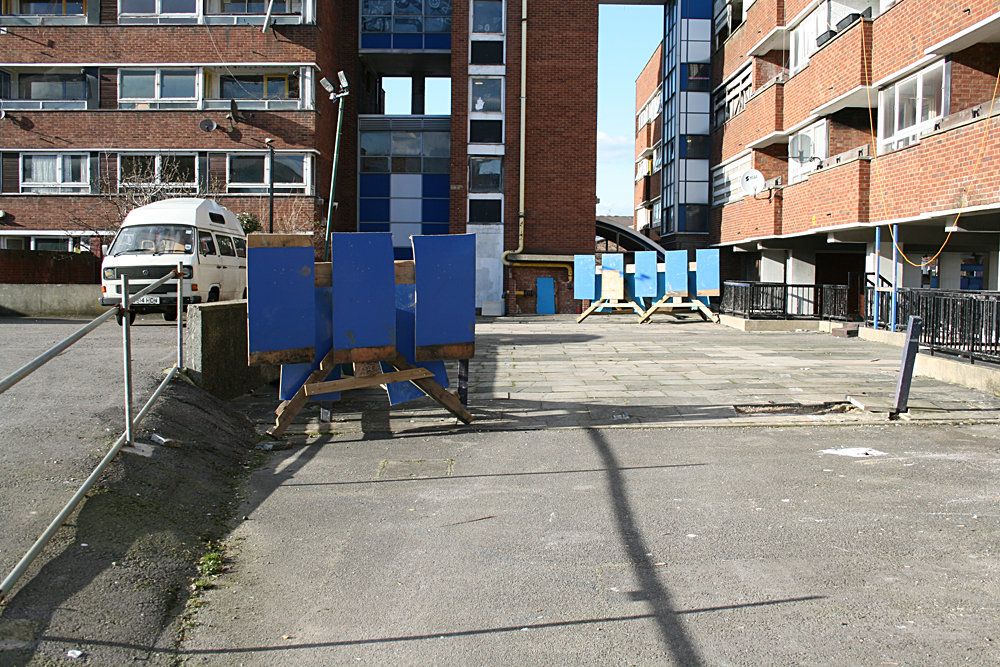 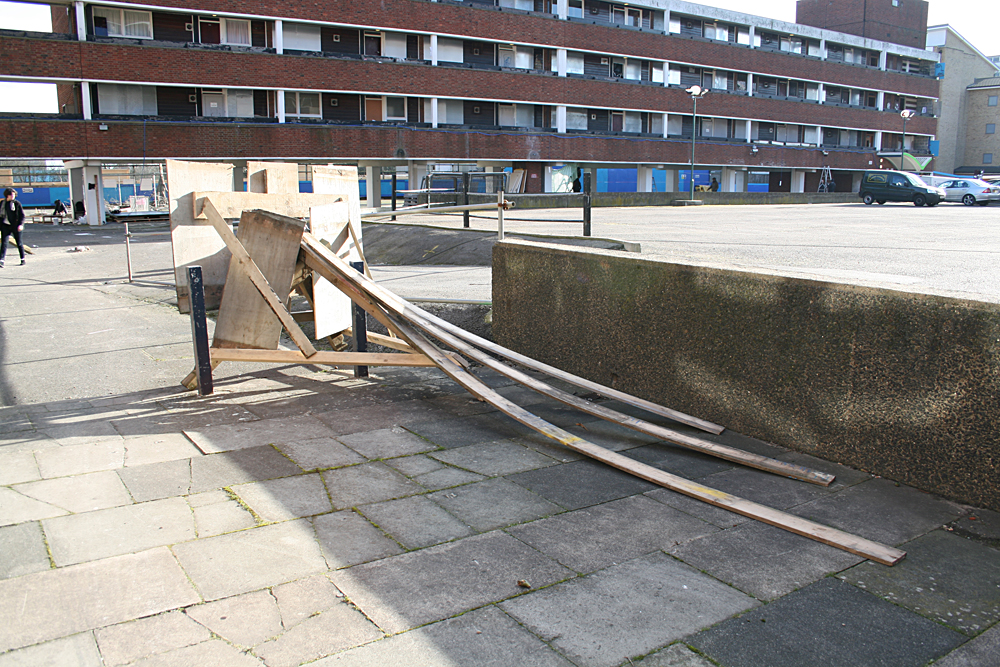 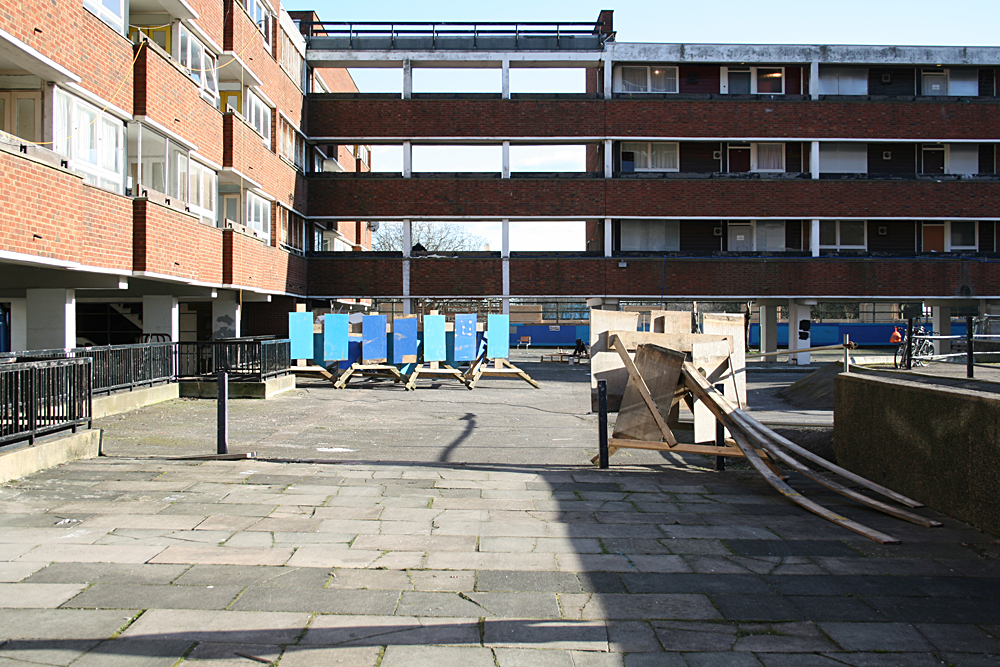 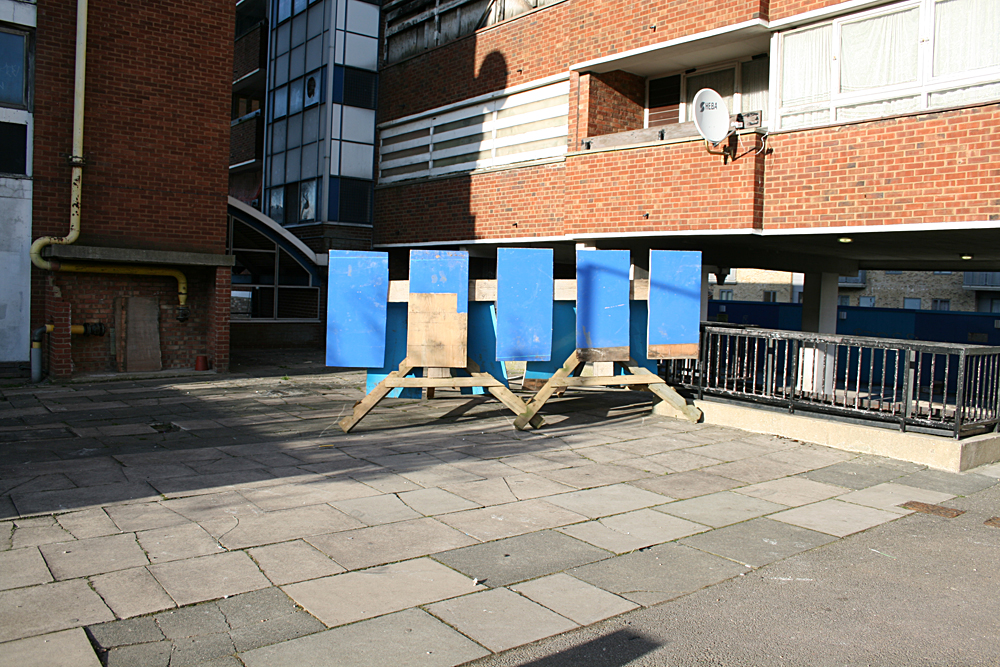 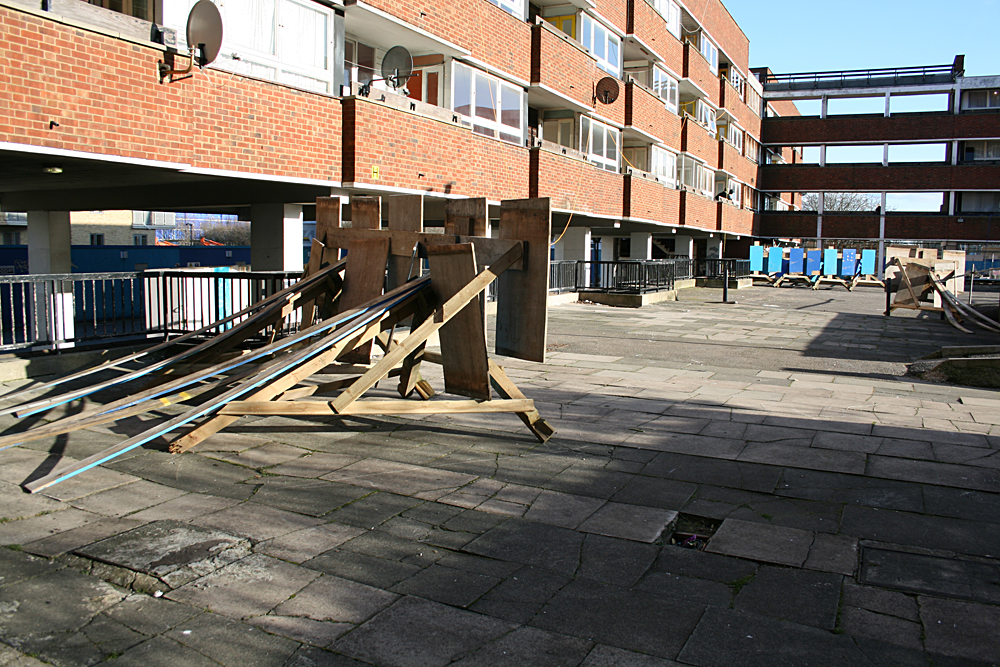 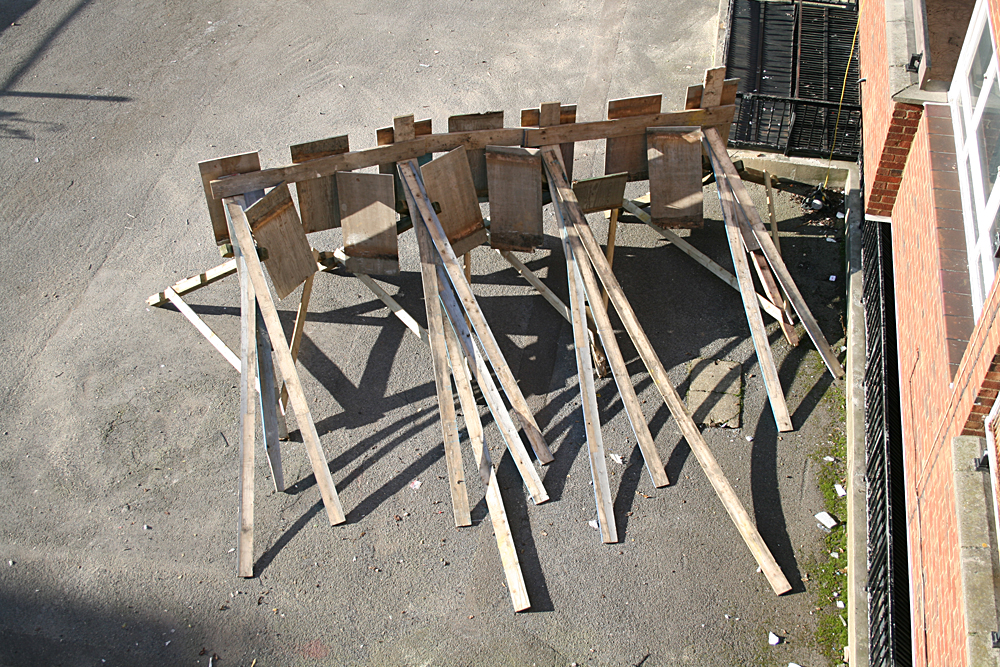