Rich began with the idea of turning g39 into a bunker, but didn't fully develop the work until he arrived at the gallery to install. Upon seeing what materials were available (a lot of used timber and a lot of blackout cloth) the idea of creating a zone of impact evolved.

The title of the work was derived from the nick-name of the GBU-28 bunker-buster - a bomb designed, manufactured and deployed within three weeks. Its purpose was to penetrate deep, underground bunkers during the first Gulf War.

The work became a jagged, twisting cone, mimicking and exaggerating the trajectory the bomb would take and the zone of destruction at the point of contact with floor level. It defined a negative space - as if the damaged area and path of the warhead had been frozen and then removed; replaced with nothing.

The exhibition was part of Diffusion Festival. 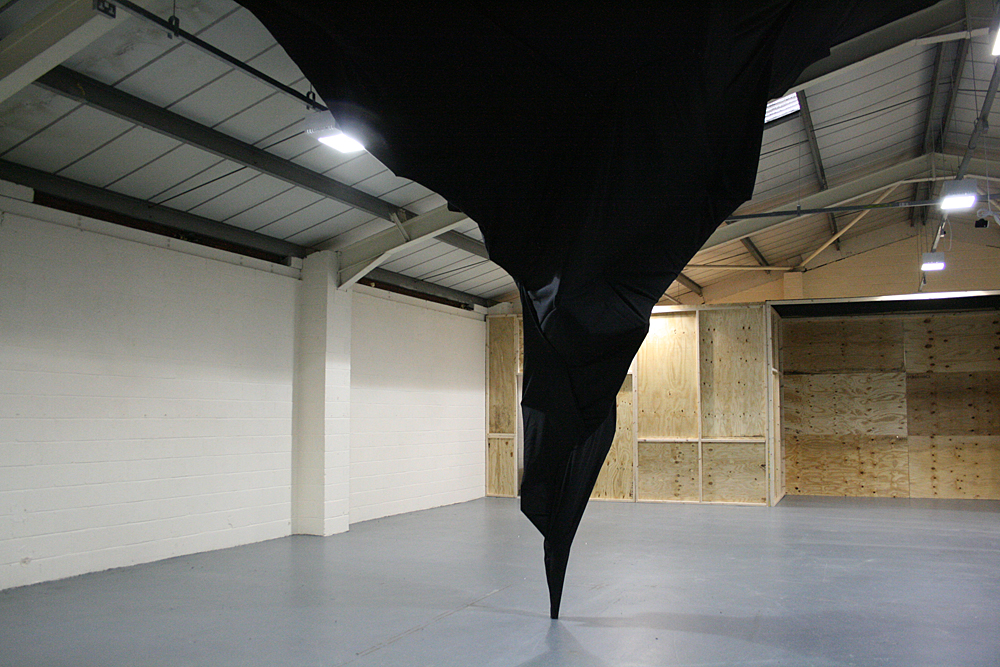 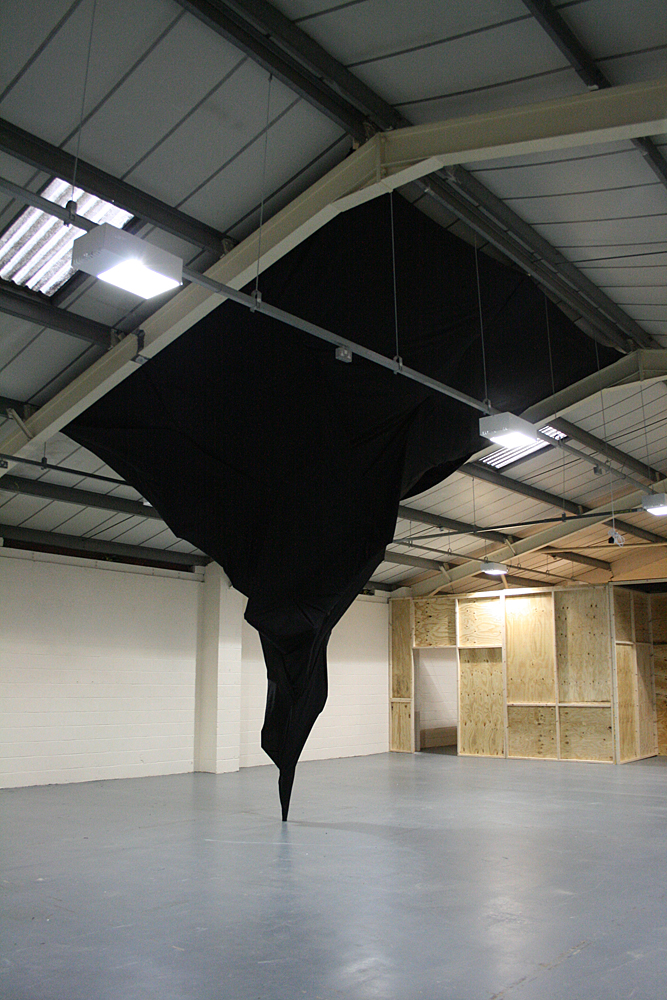 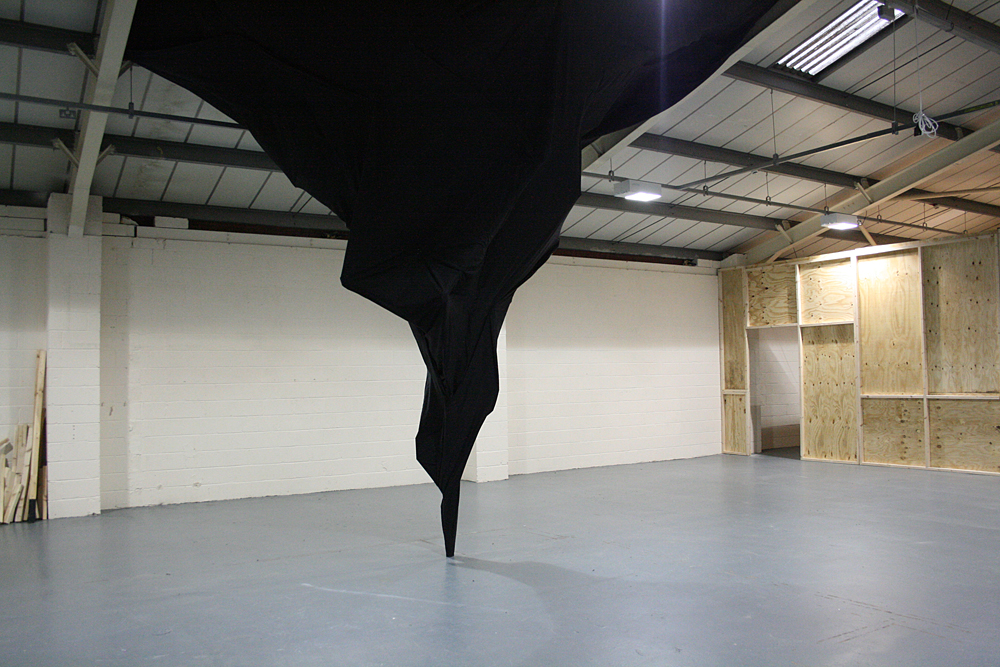 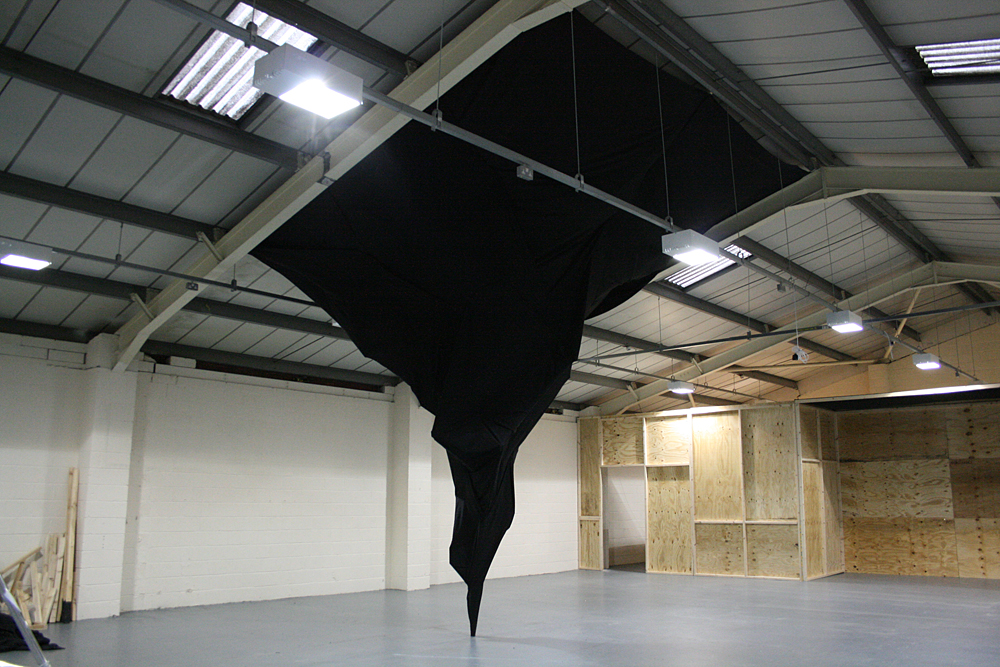 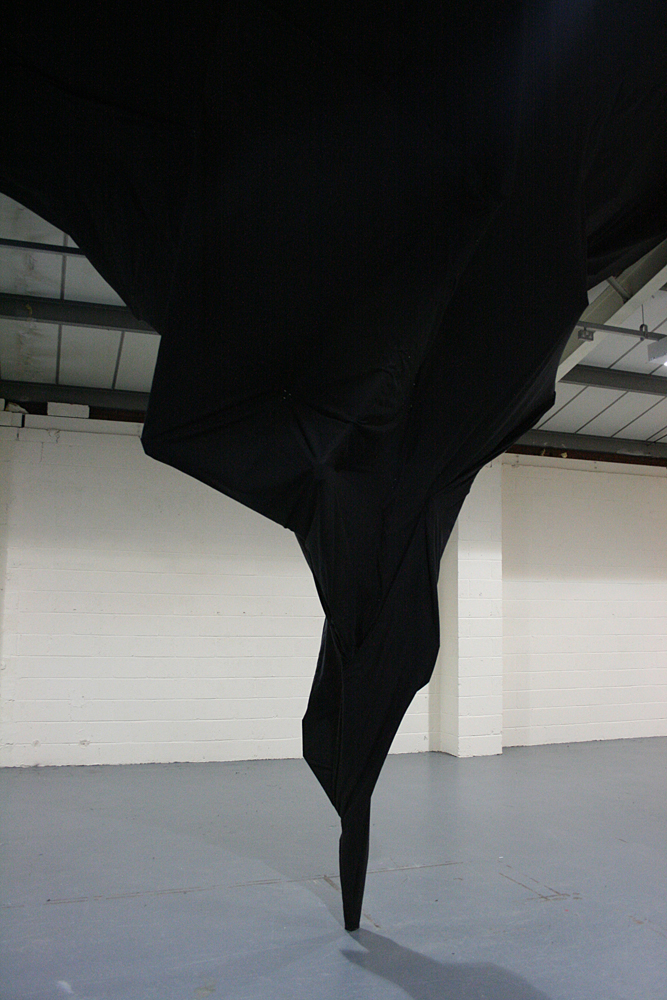 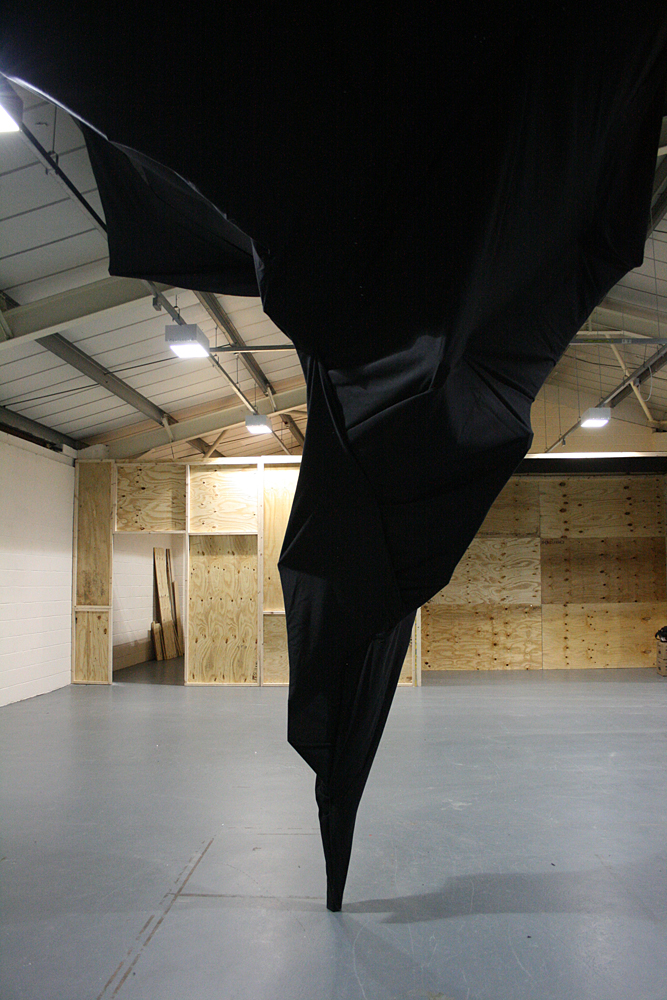 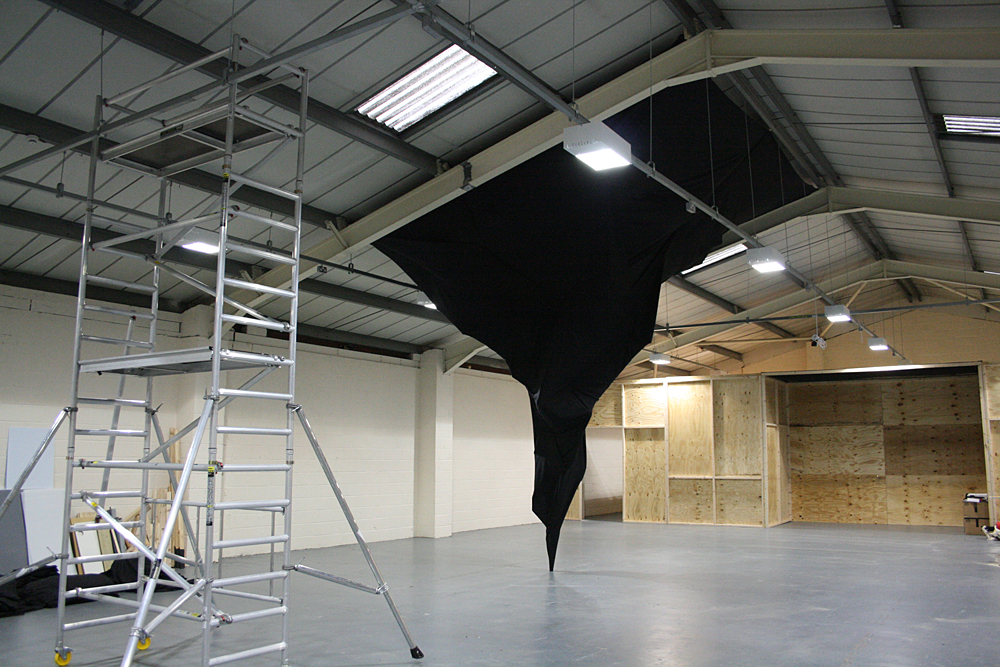