Research and installation.
Commissioned by Oriel Davies for Be Our Guest.
29 June - 4 September 2013

Group show featuring work as an integral part of the interior and exterior of a B&B built within the Gallery.

The work was developed following research at Yesterdays B&B in Newtown, Wales. Rich asked staff and residents to discuss ideas of what their perfect getting-away-from-it-all situation would be, and to draw pictures of these. The most popular responses mainly concerned water/seaside, beach/desert island, remote places and plenty of sun. Alongside this was the story of the B&B itself which concerned an earthquake, a lot of building work and a building that shifted and changed to meet the requirements of the inhabitants.

Combining and refining all of this information Rich created a room (which appeared to be newly discovered) where visitors could get away from it all. The room contained a land/seascape formed from layers of overlapping timber beams, as if the building were shifting and altering itself. The room was deliberately free of any decoration or furniture to further enhance the feeling of remoteness - it was completely at odds with the chintz and flower-patterned visual overload of the ersatz B&B.

'Rich White's practice draws on a thorough process of collating information and generating dialogue in order to produce ambitious pieces of work in an extremely resourceful way. For Oriel Davies in 2013 he produced Deliverance for a group exhibition, Be Our Guest, in which he responded to a particular local Guest House. He worked with guests, staff and owners collating stories, dreams and aspirations as well as responding to the physical history and context of the building itself. The final piece made simply out of single lengths of wood was a shimmering installation, undulating within a hidden 'room' and discovered only by a secret corridor leading visitors away from the familiarity of the chintz. Both reflecting the aspirations and desires of 'getting away' as well as the architecture of the original Guest House building, White took visitors on a surprising and captivating journey.'
Alex Boyd Jones, Curator, Oriel Davies Gallery. 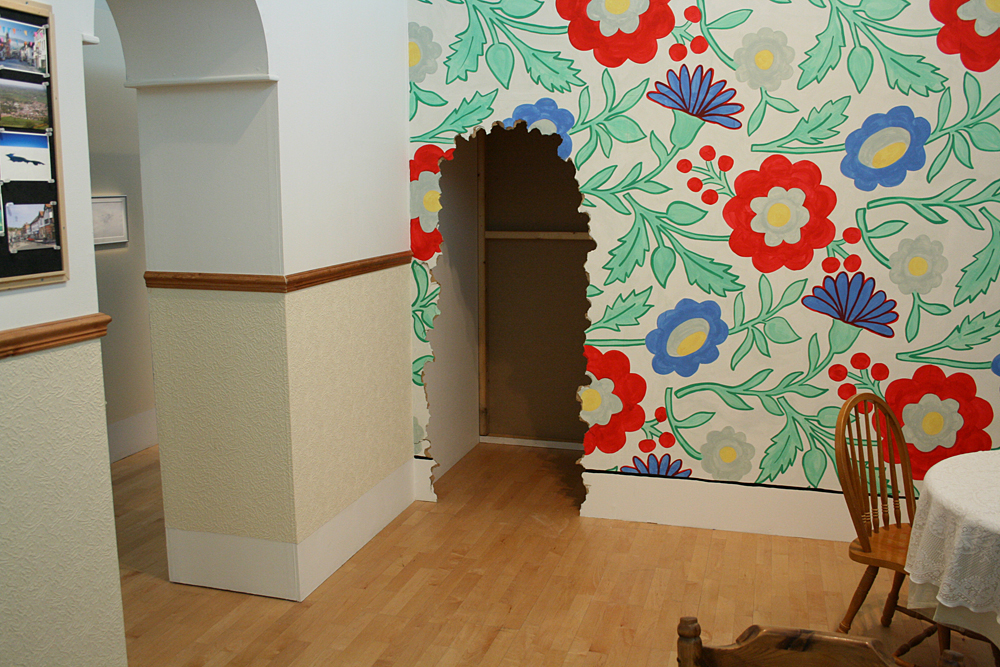 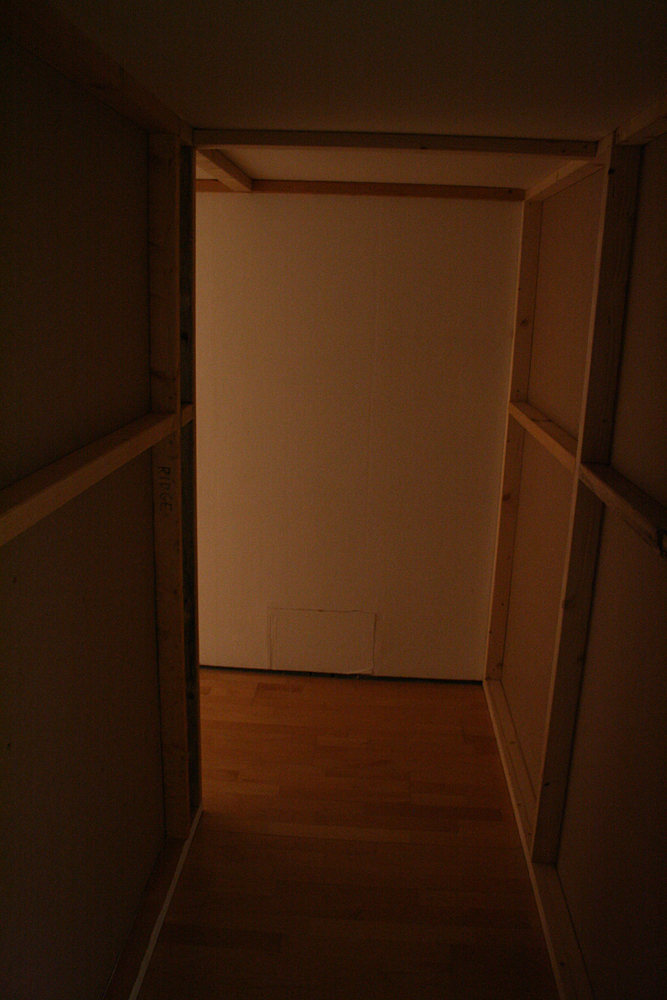 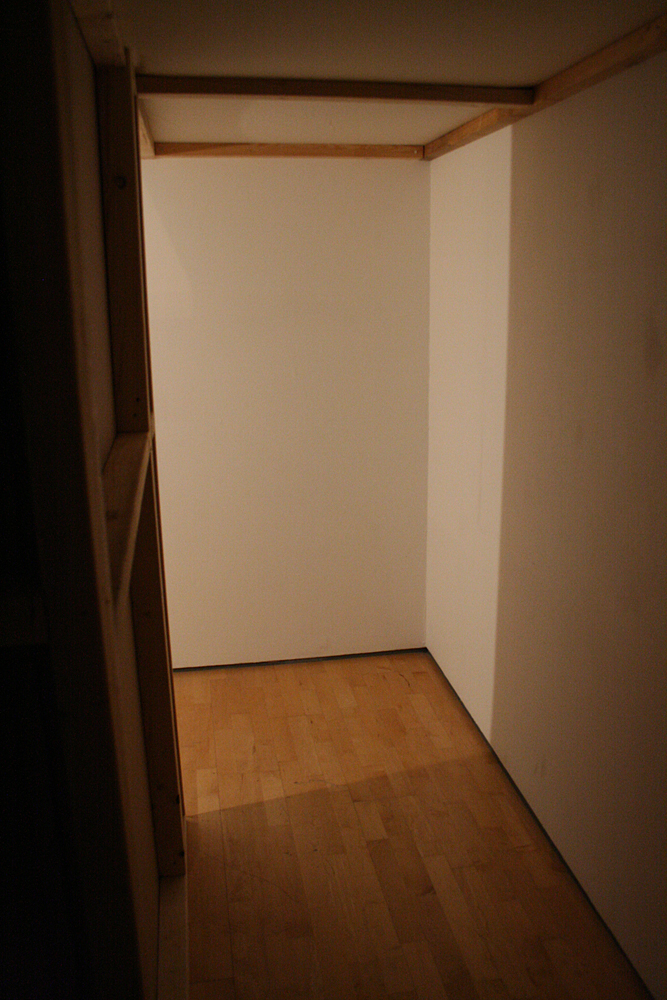 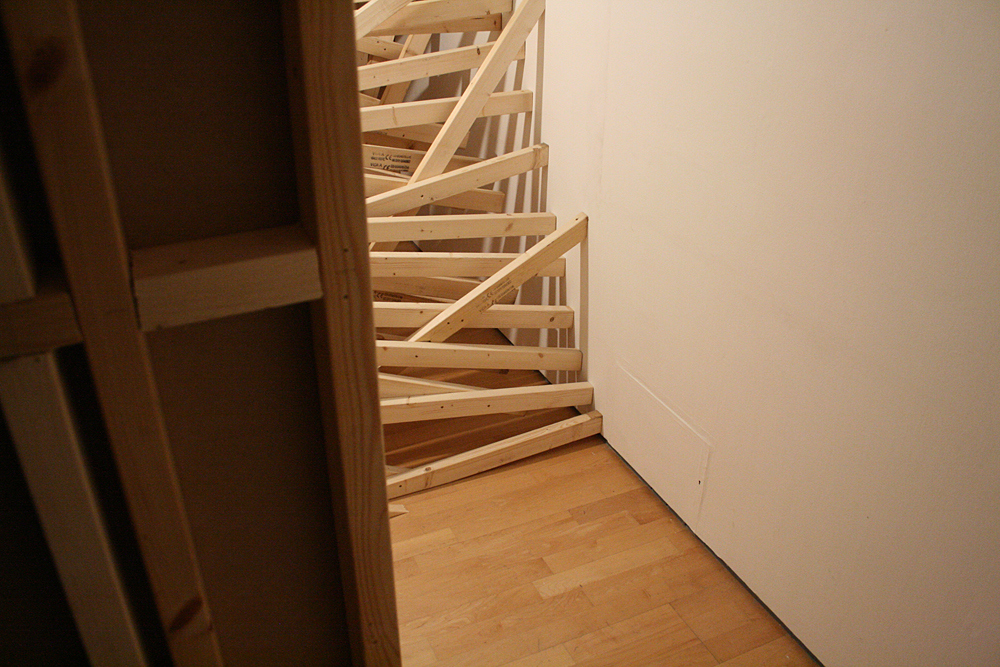 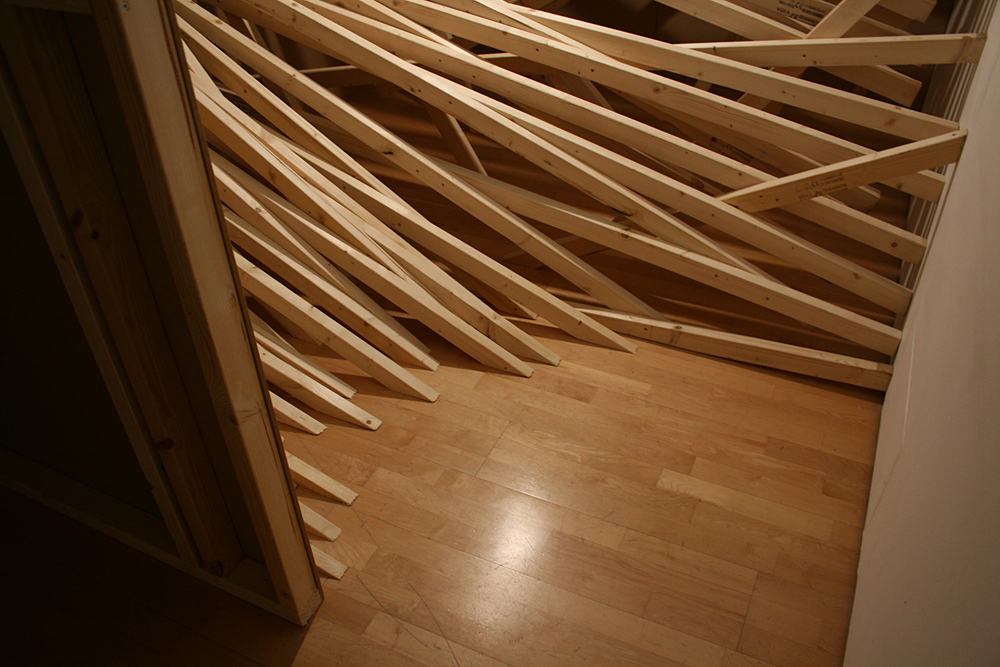 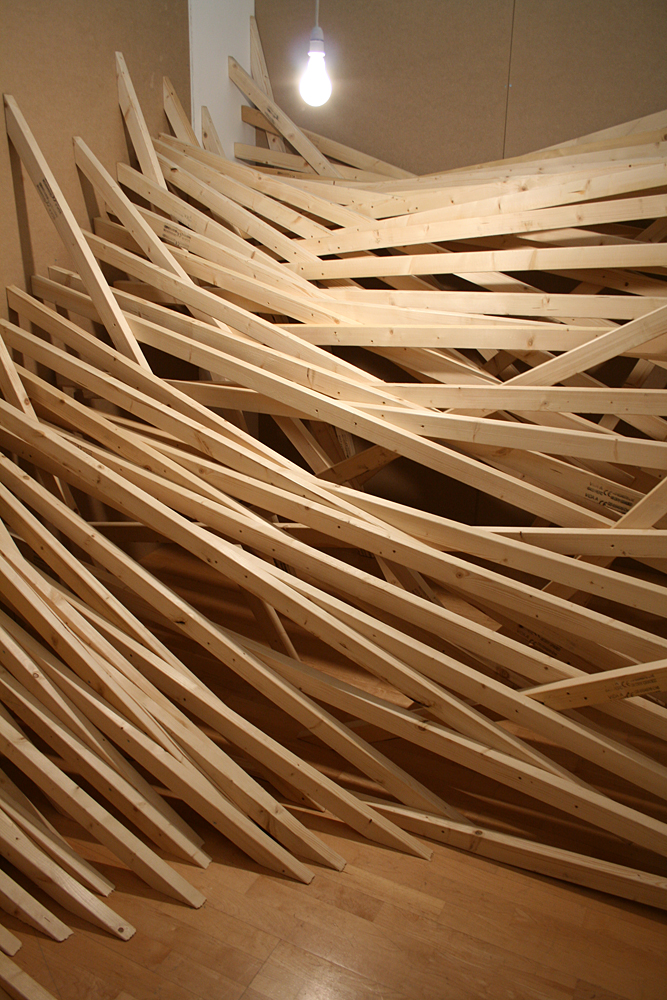 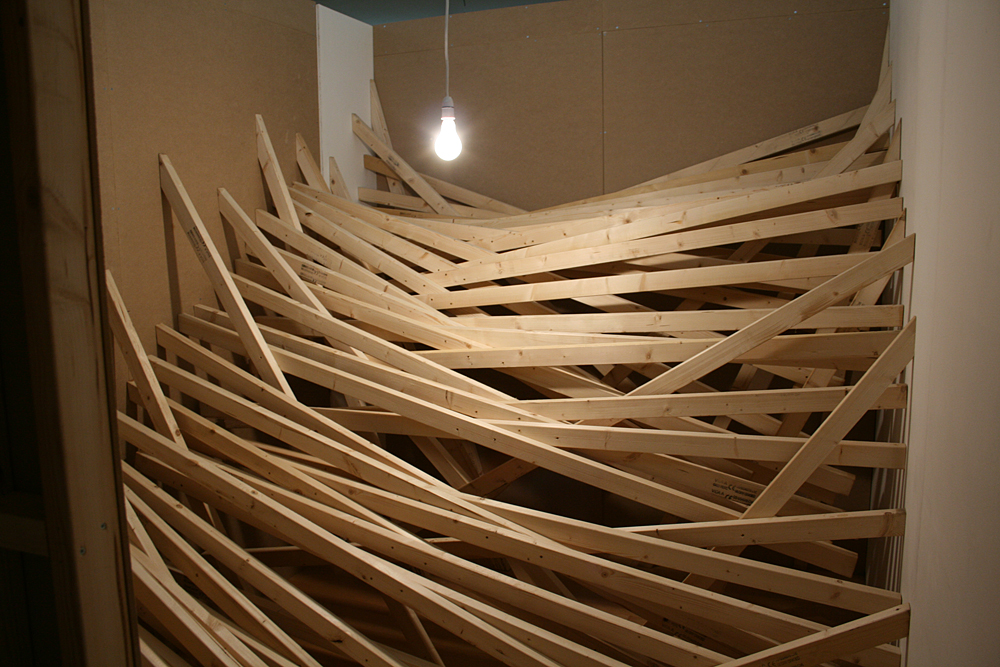 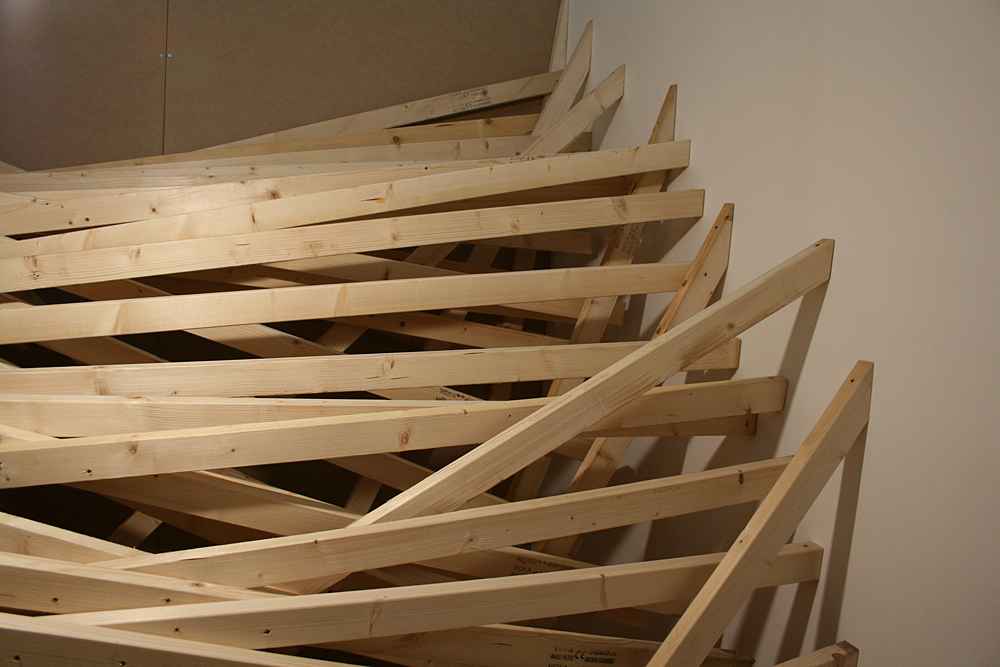 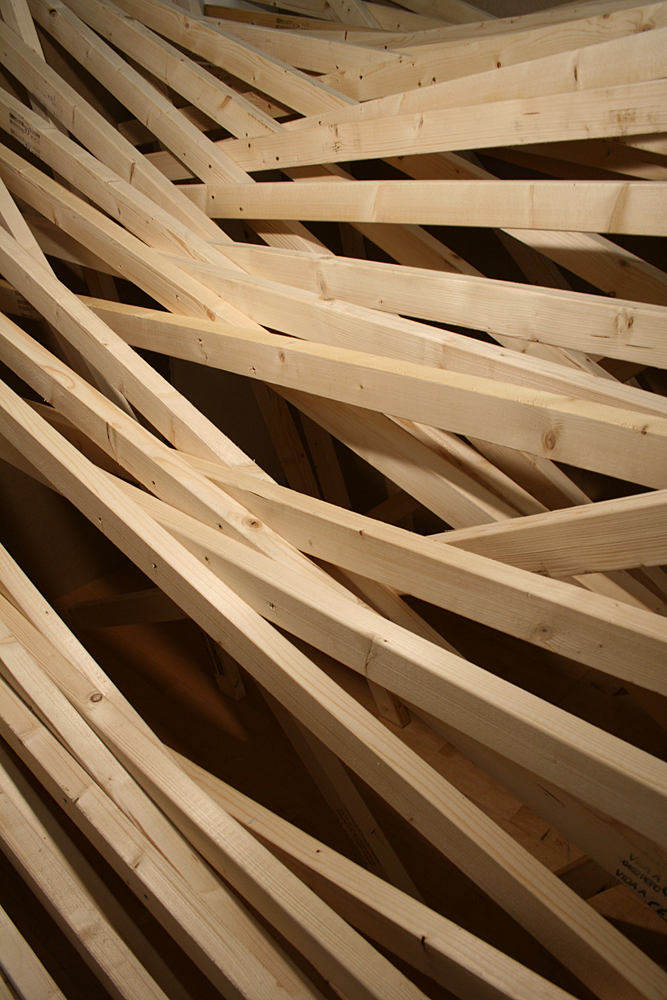 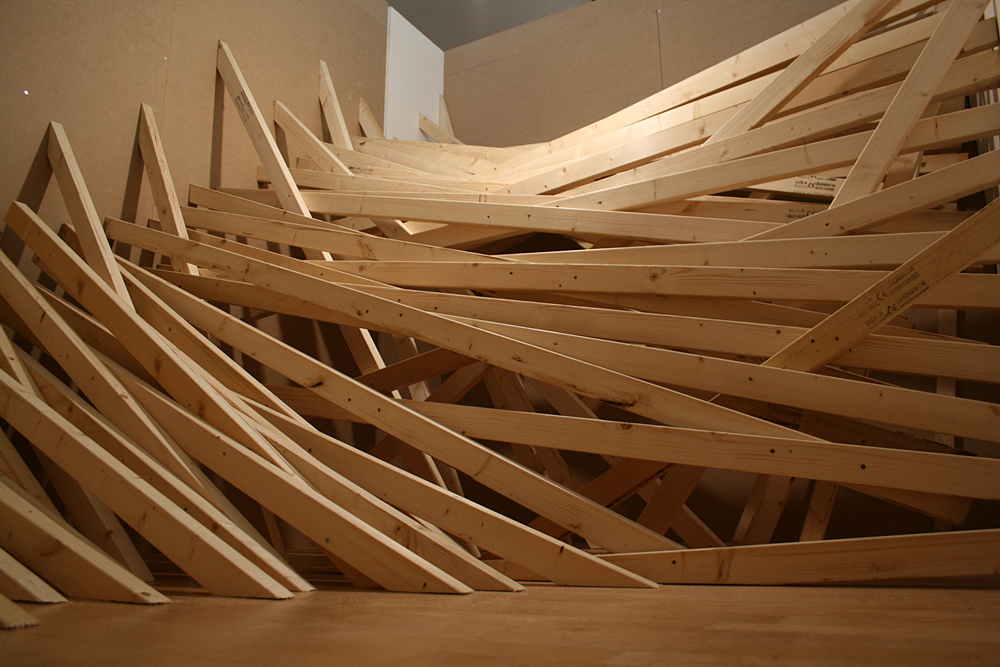 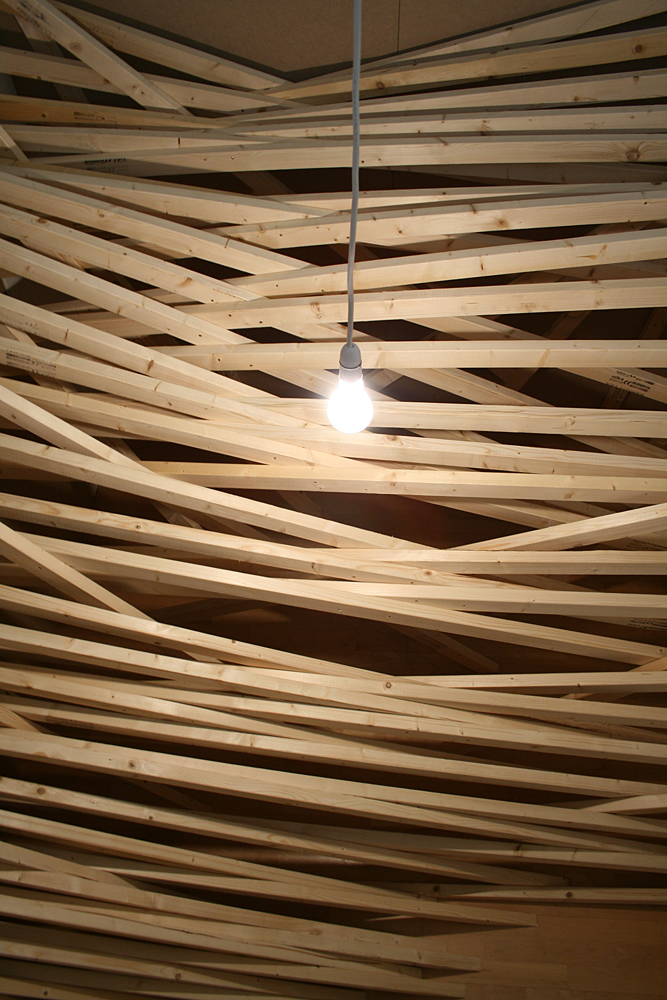 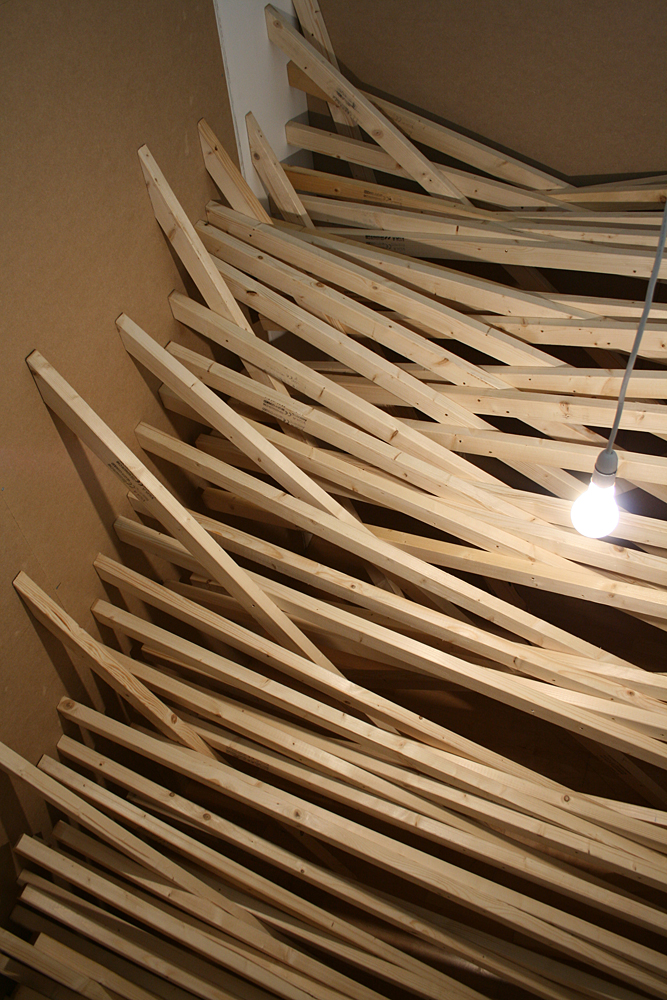 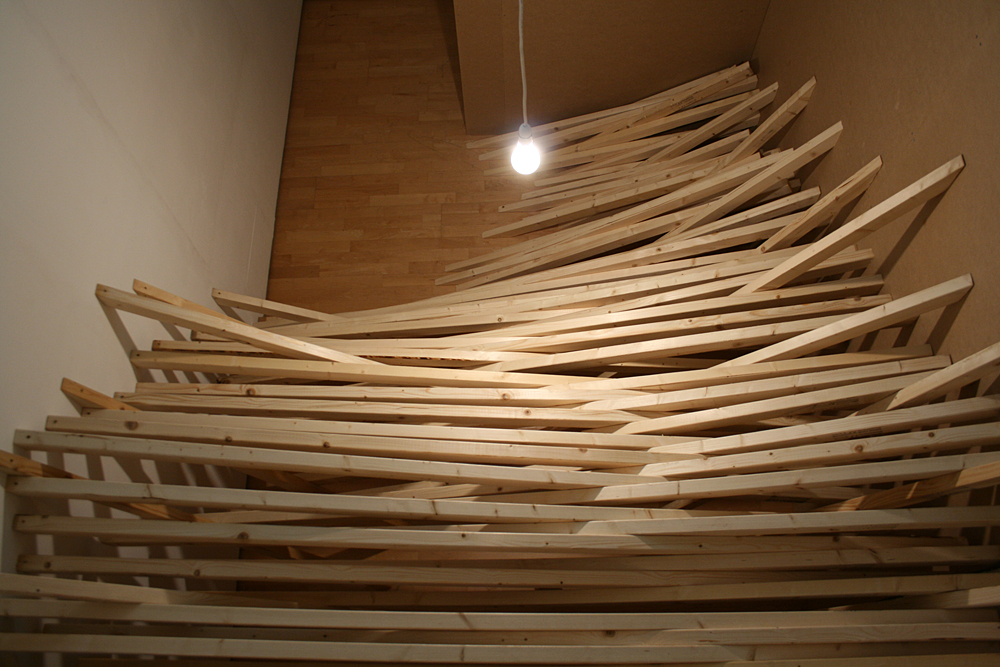 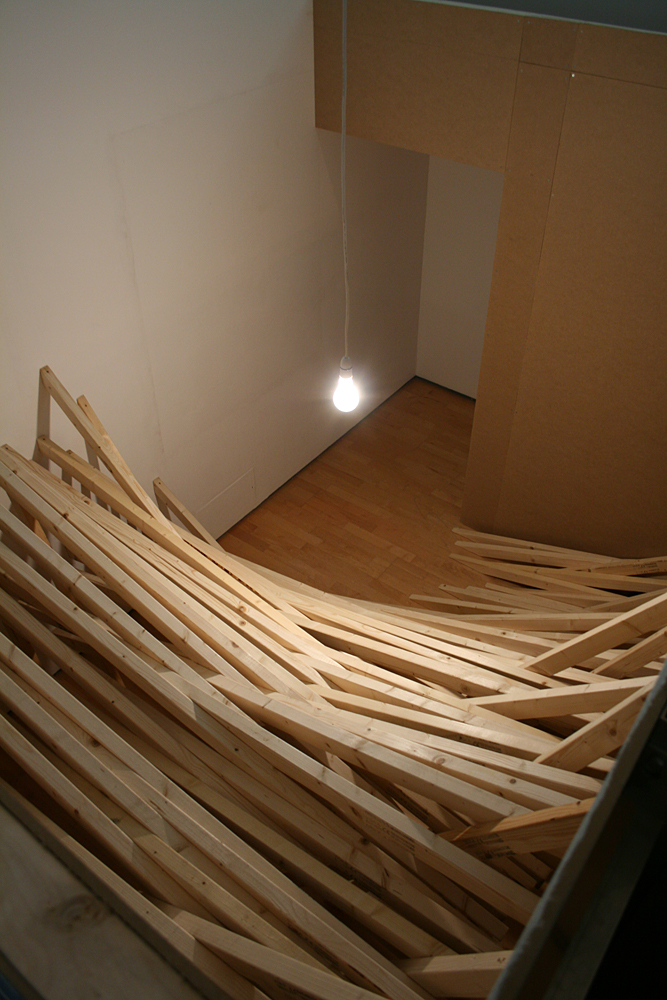