Gathering
noun
1. An assembly or meeting.
2. An assemblage of people; group or crowd.
3. A collection, assemblage, or compilation of anything.

A day-long live build during which Rich constructed a human-sized nest - similar in form to a spherical weaver bird nest - growing from the architecture of a disused shop-space in Romford.

The nest was constructed from objects and items found in and around the shop-space and bound together with a continuous line of rope. Rich also encouraged visitors to bring items with them (or once they had witnessed the work to go out and return with something they had found) for inclusion in the structure.

People were invited to contribute to the building of the nest as a way of creating a sense of joint ownership - that your visit and witnessing of the project contributed to its growth and influenced how the final form appeared.

Afterwards the nest was dismantled, the rope collected and coiled up, and the objects and items (where possible) recycled.

Thanks to Christie, Ahad, Esme, Ed and students from Havering College. 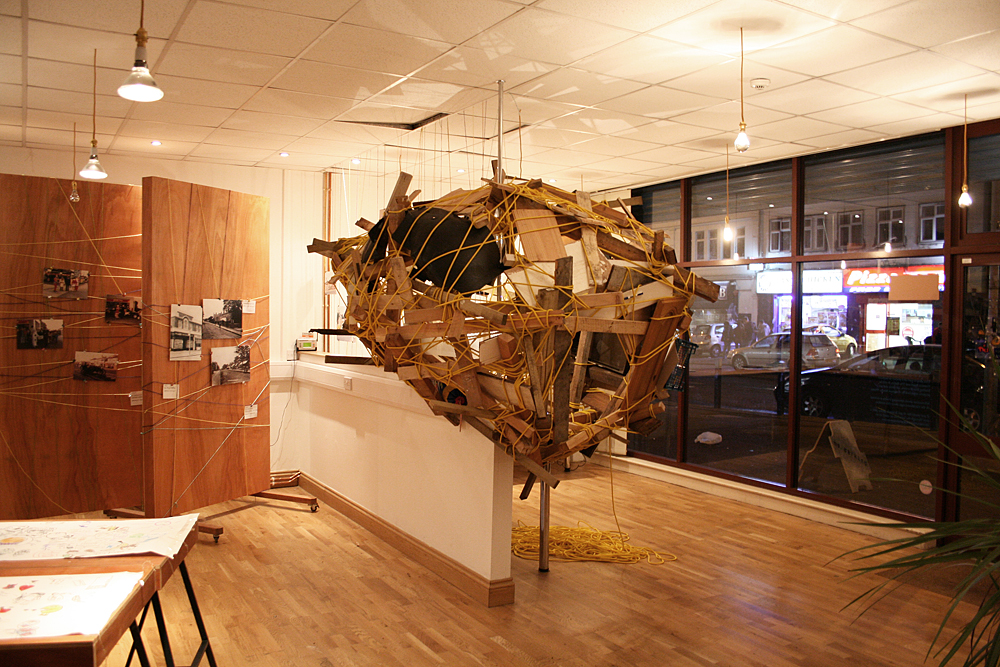 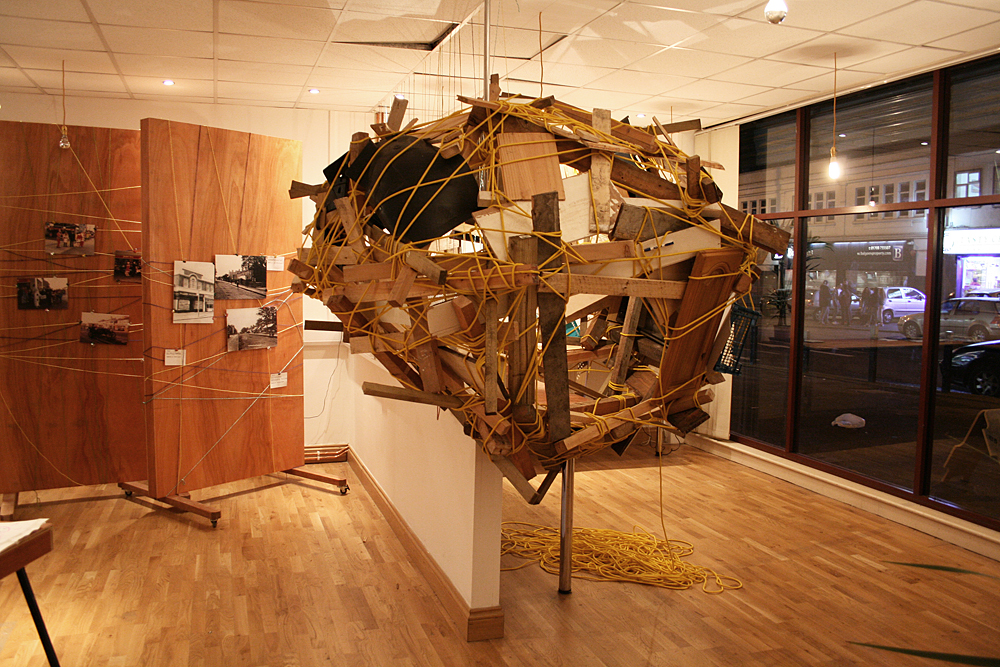 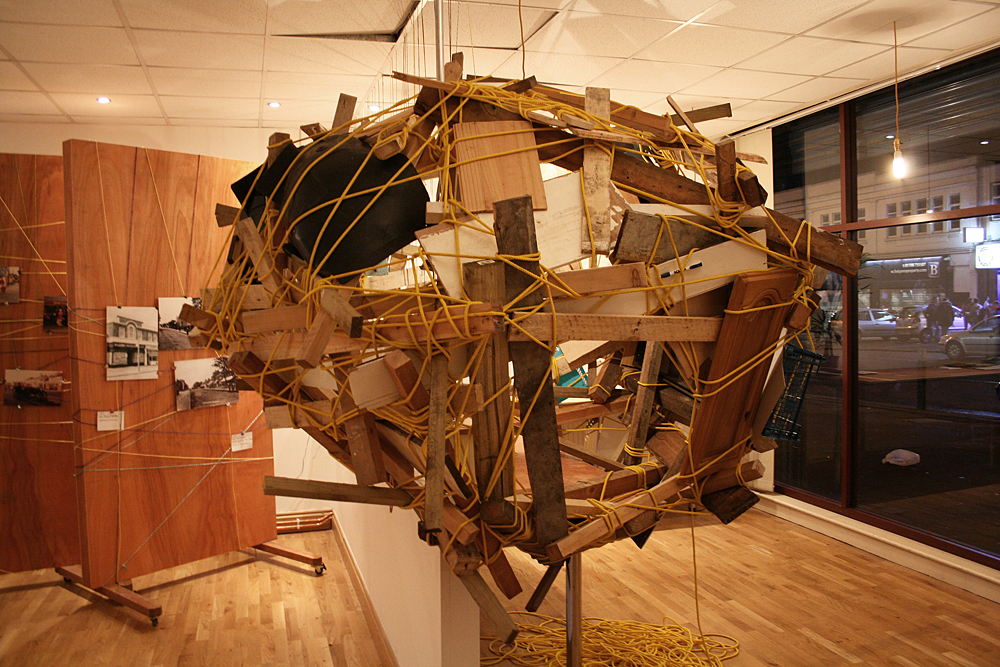 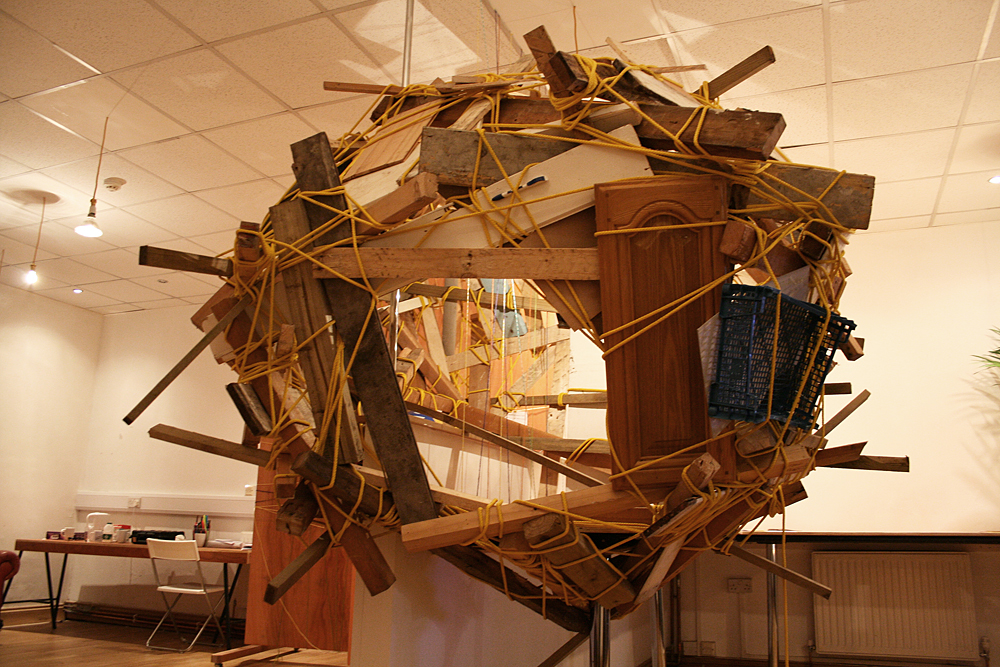 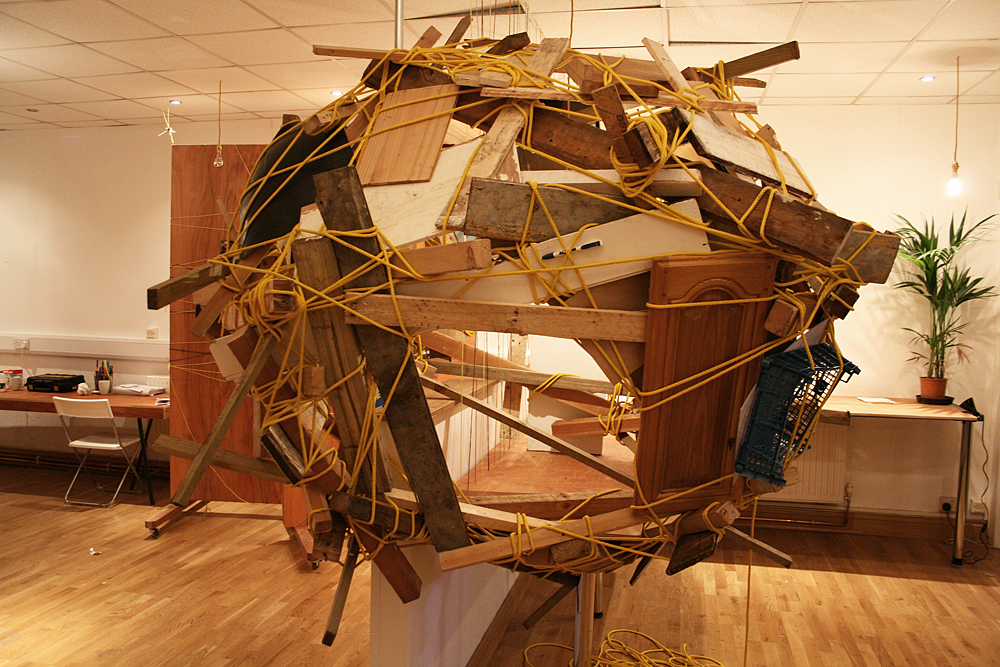 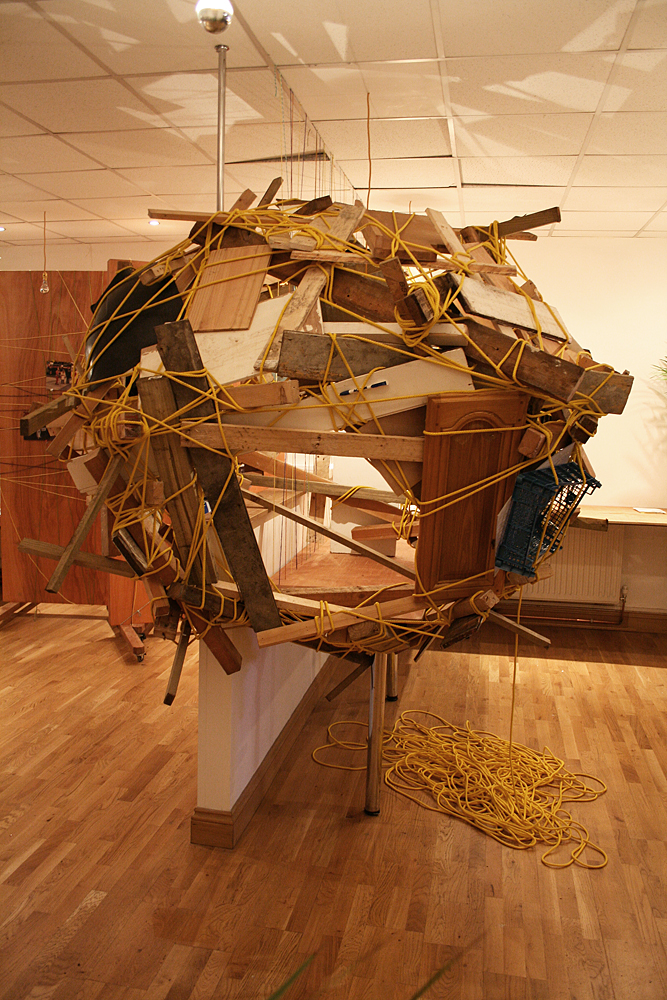 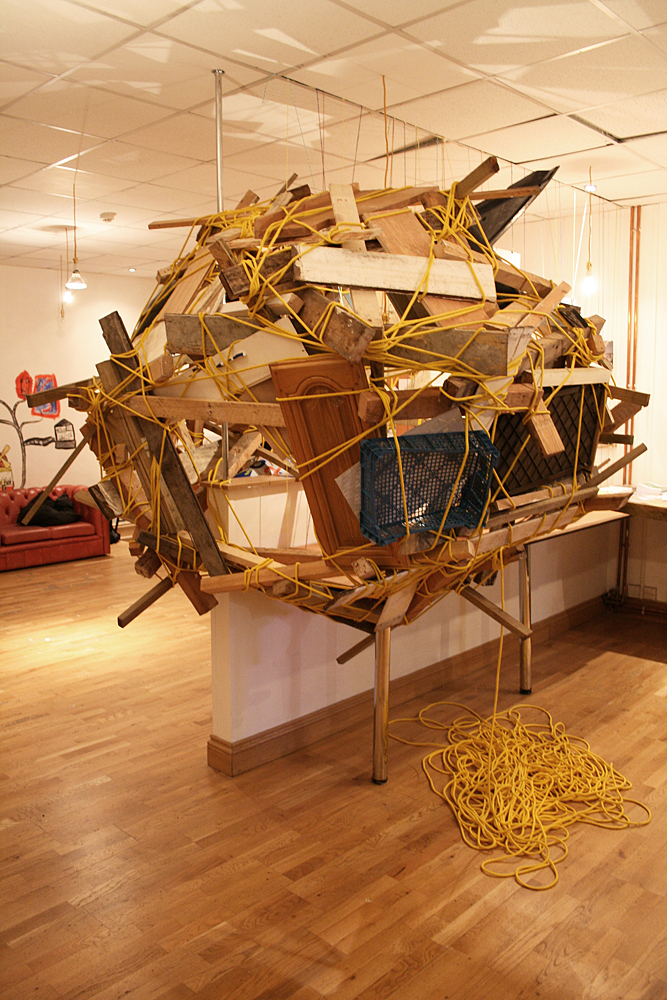 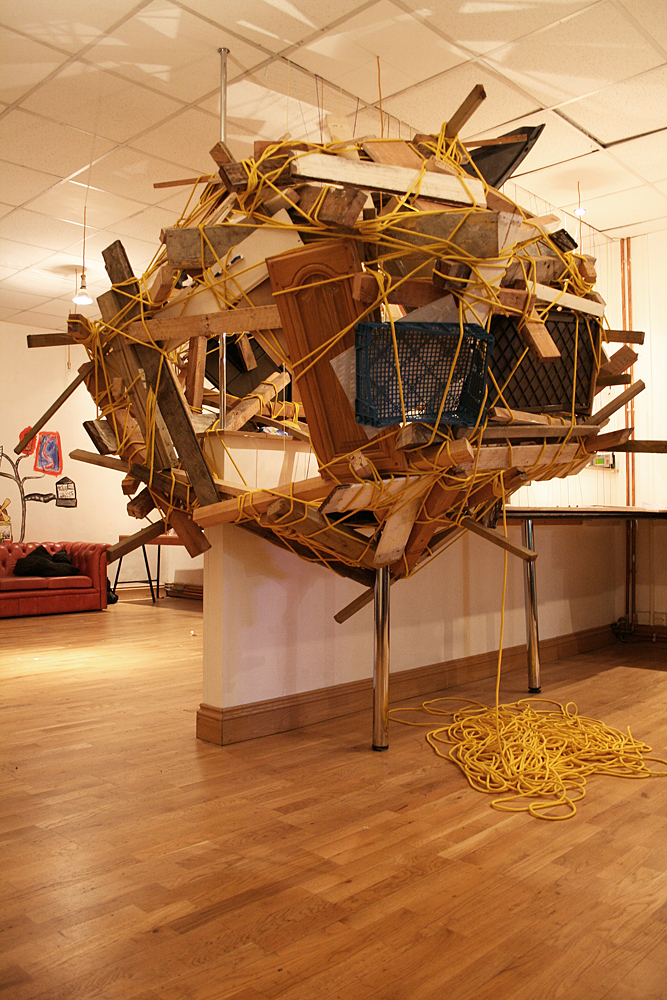 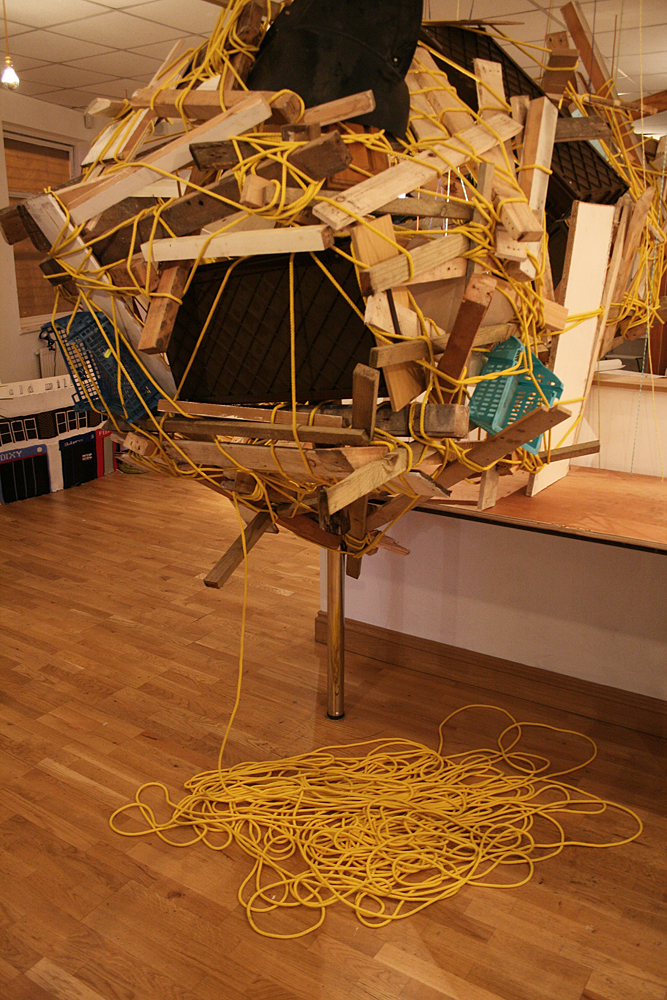 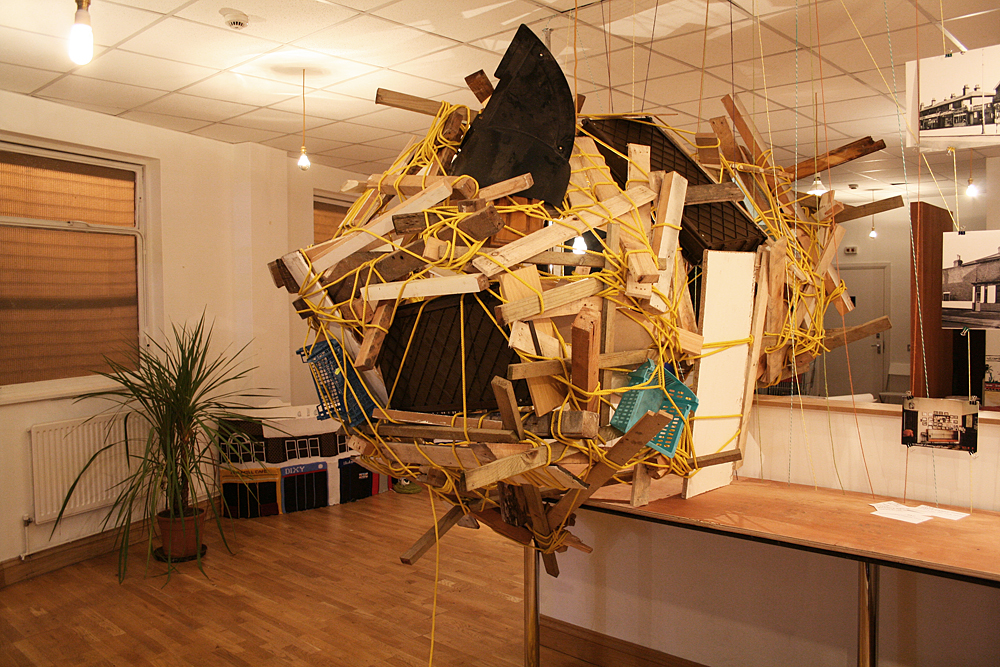 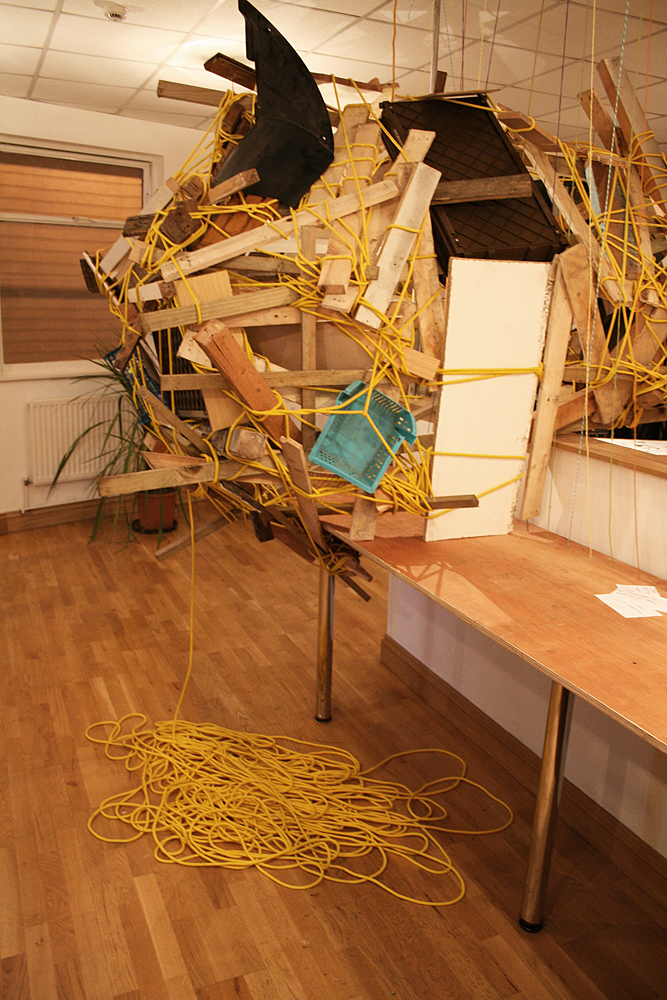 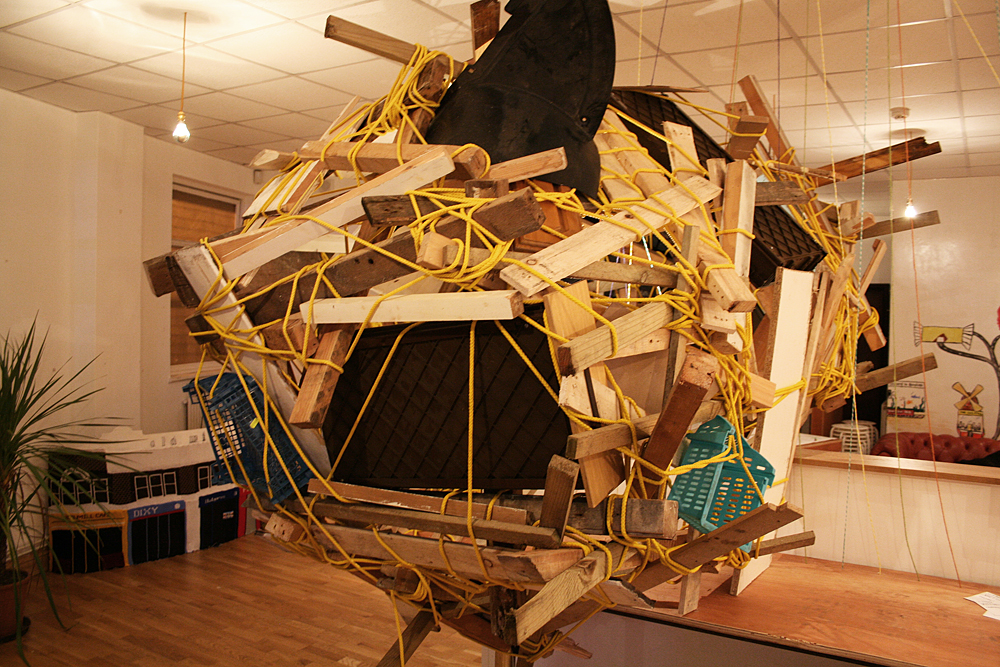 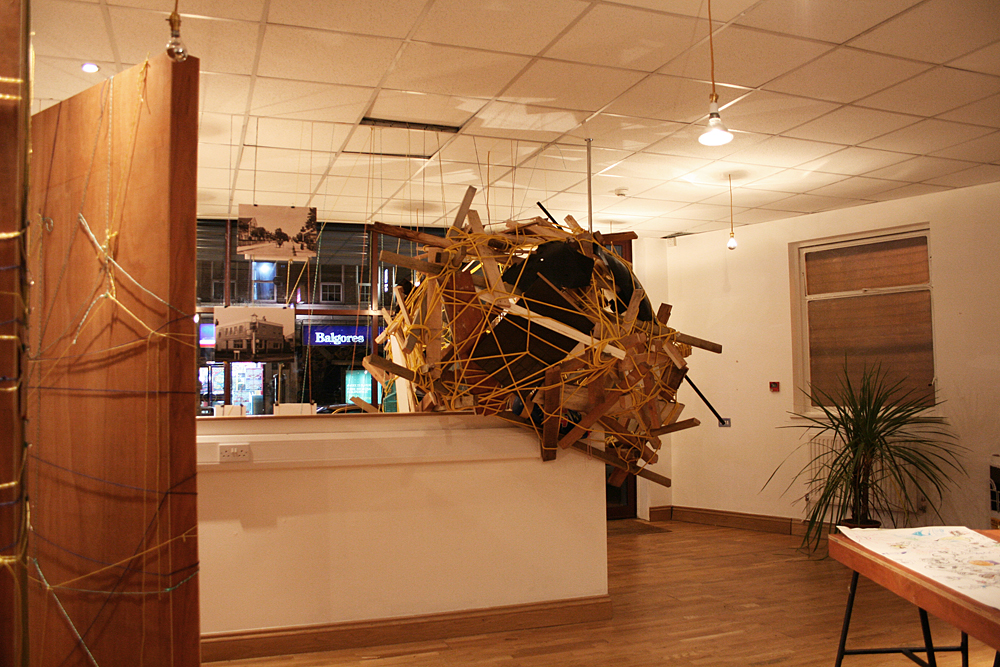 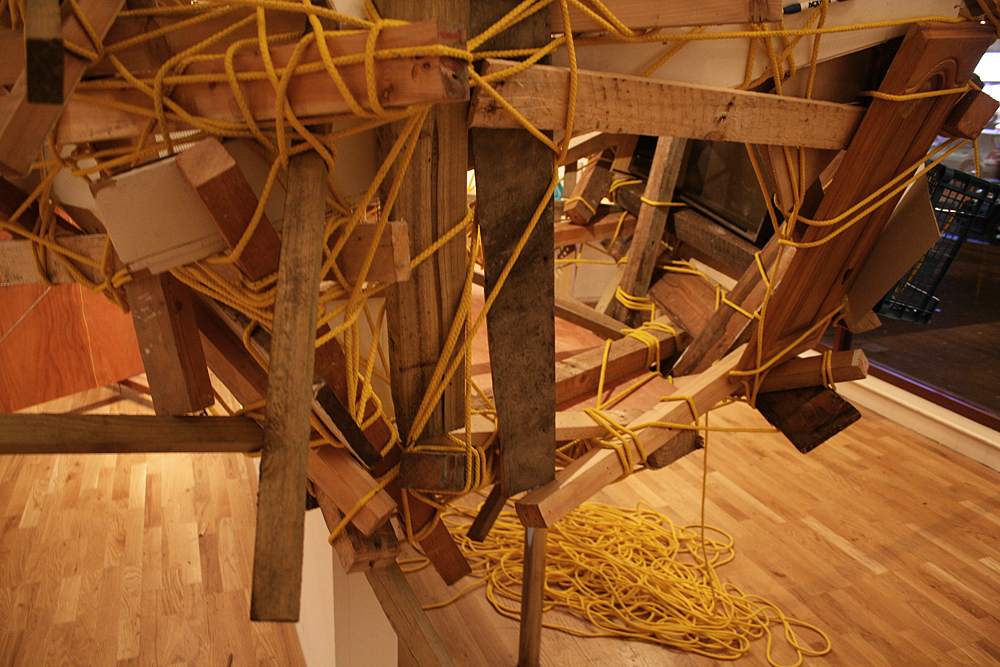 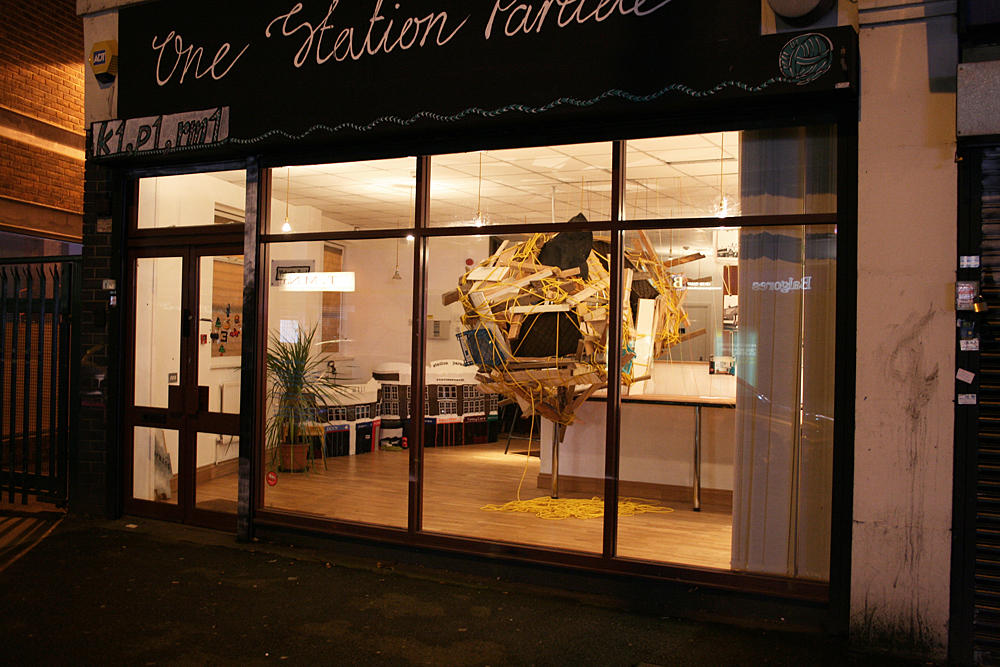 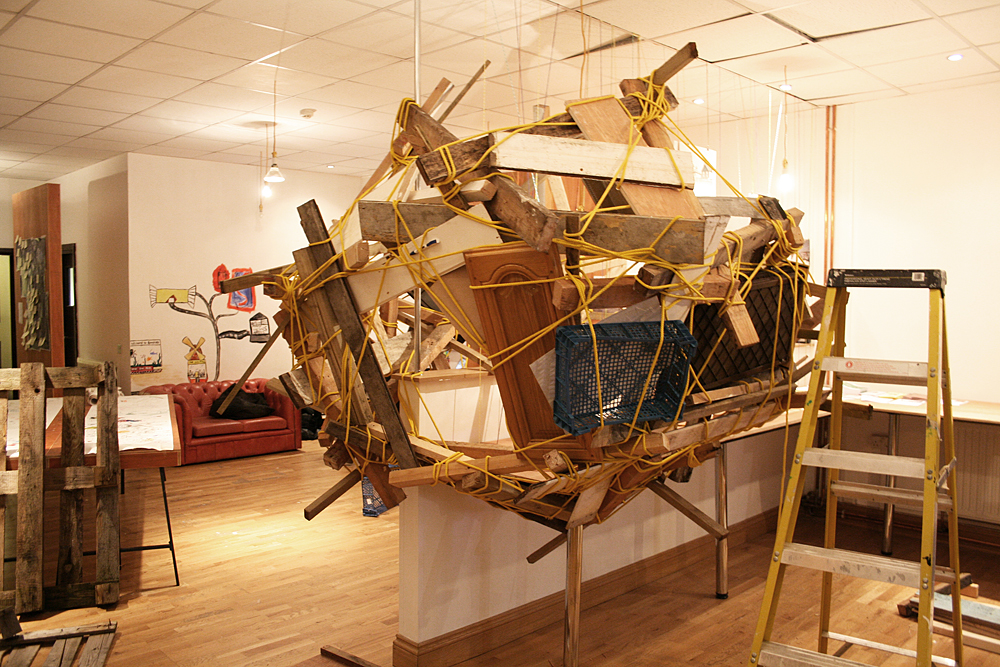 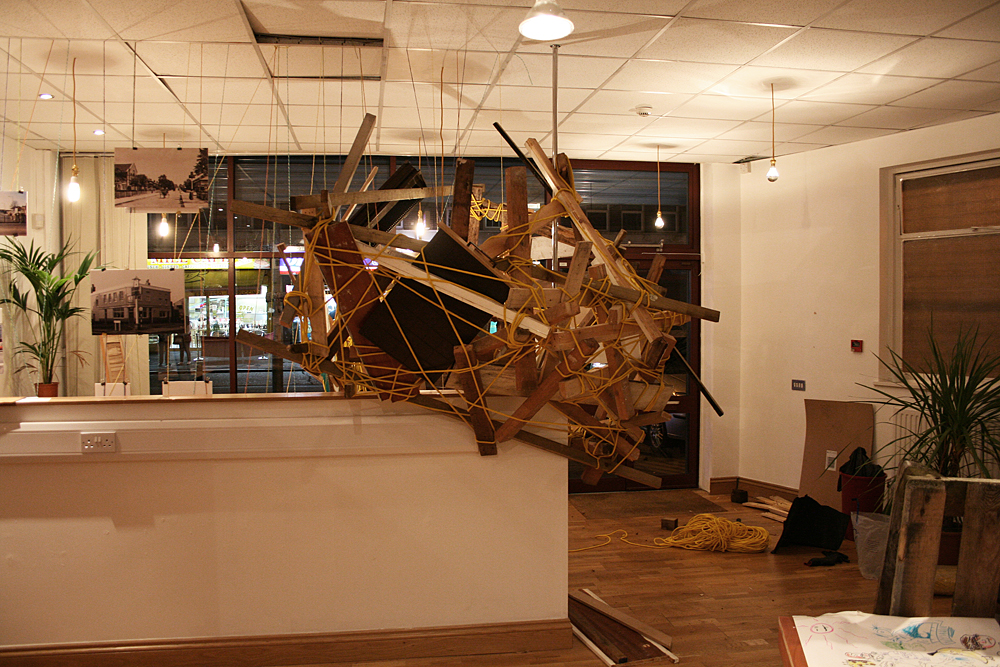 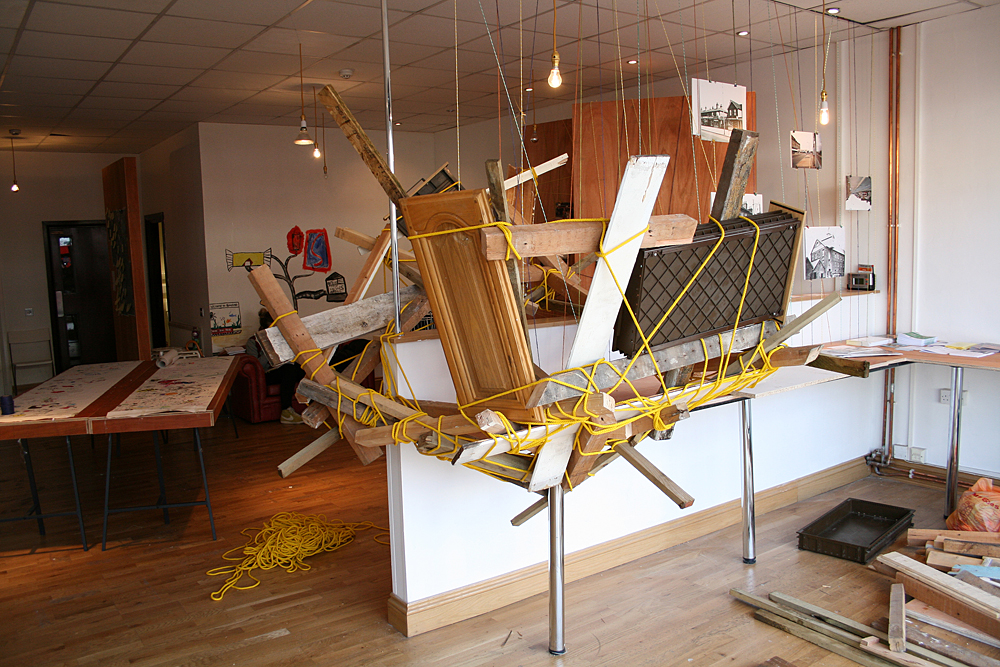 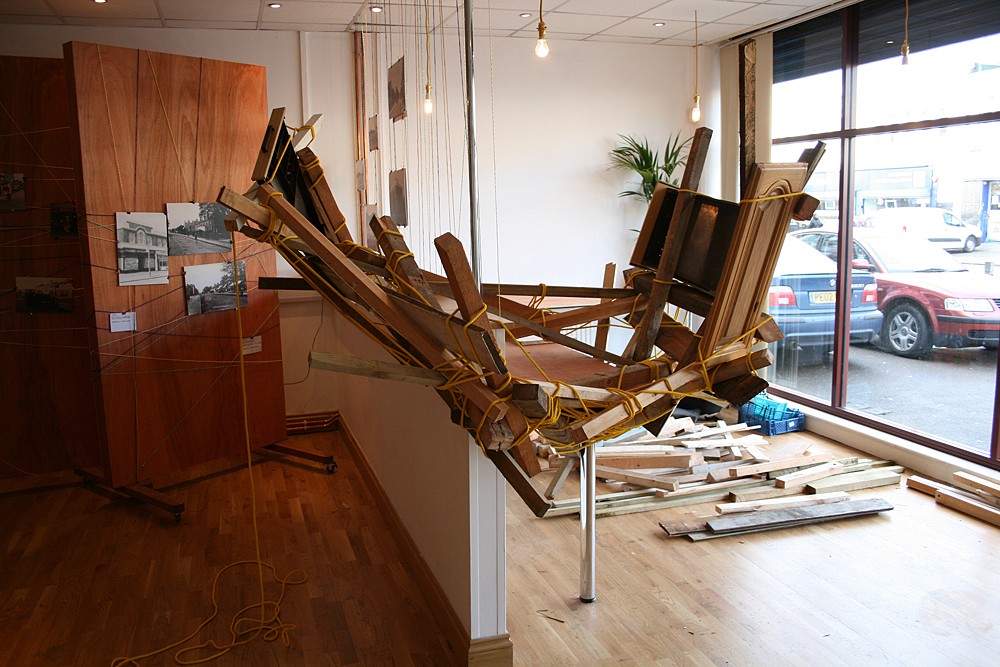 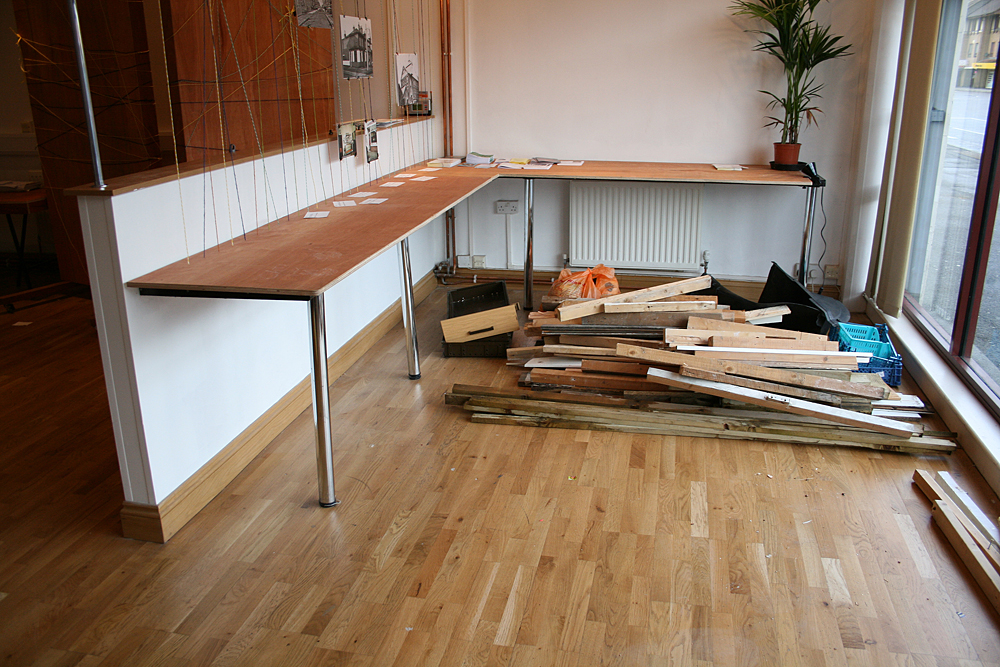