Installation using found materials.
Commissioned by the SSA for their annual exhibition at the Royal Scottish Academy, Edinburgh.
17 March - 12 April 2007

Intervention was a location-specific work which drew its inspiration from the architecture, the immediate environment and Rich's experiences up until, and during, its execution. It was built over four days, on site, using materials left over from previous exhibitions at the RSA, materials discarded by other exhibitors of the show, and materials found in the immediate vicinity.

The method for creating the work stemmed from Rich's interest in creating art that is subtly intriguing - making a visual puzzle that provokes further thought about what constitutes art.

He began by visiting the venue to get a feel for the space and choose a location in which to site the work - this location is usually an architectural feature such as a doorway or alcove. He took many photographs of the site, and the surrounding area, and after leaving the venue begin to think about what would be an interesting, intriguing and surprising occurrence to find there. Drawings and computer-generated images were created of various ideas to test how they might work.

For Intervention he chose a staircase as these seemed a prominent feature during his visit to Edinburgh (the impressive stone steps leading up to the Royal Mile, in particular). The work became a spiral stair as this seemed the most obvious type of stair to find against the curved wall of the space. The angle of the stair is designed to disorientate the viewer. These two things combine to produce the effect of the work being both subtle and overt at the same time. Rich is interested in making work which does not always make itself immediately obvious as an artwork. In the case of Intervention the structure could almost be part of the architecture, if not for the fact that it is set at an unusable angle.

Although he had a basic idea of what he wanted to achieve, Rich didn't know exactly what he was going to do until he arrived at the gallery to install. This is perhaps the most important aspect of his working method. In preparation he makes drawings and thinks about how he am going to approach the building of the piece, but nothing is actually built prior to arriving at the site and gathering together the materials. At this point Rich has to decide if the initial idea is possible and what alterations he may need to make. The work is at the whim of the materials he can find and at the mercy of their limitations. What if he could only find few materials, and what if they were too insubstantial? This is the challenge that he sets himself.

The piece was about working, about adapting ideas to changing situations, and creating an experience for the viewer which might just cause them to question what it is they are looking at. 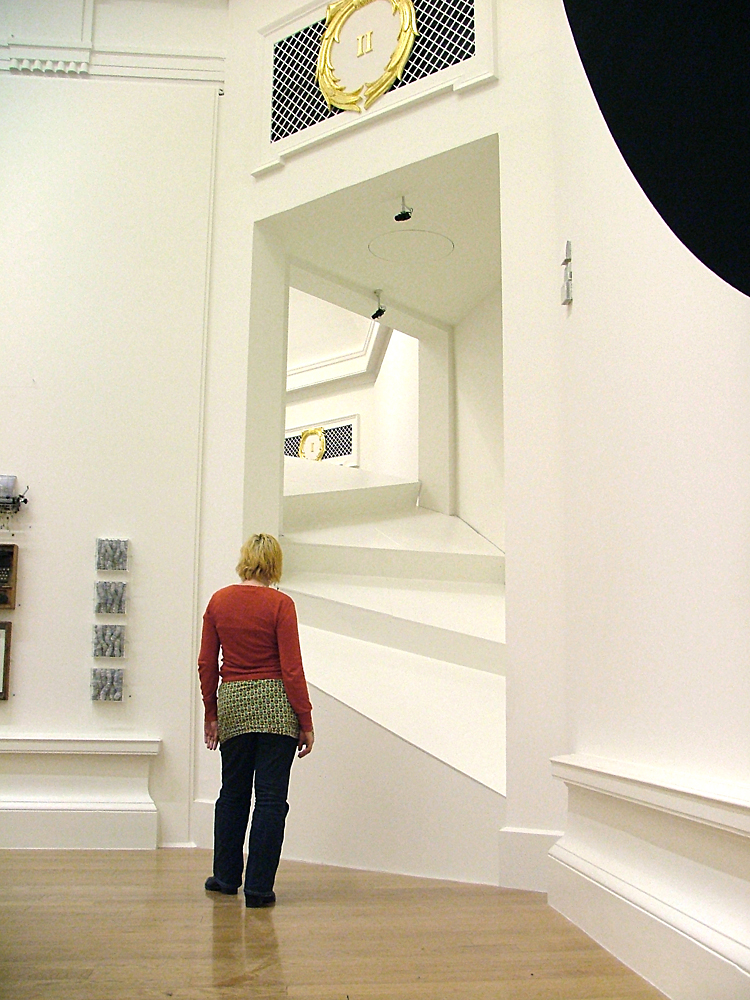 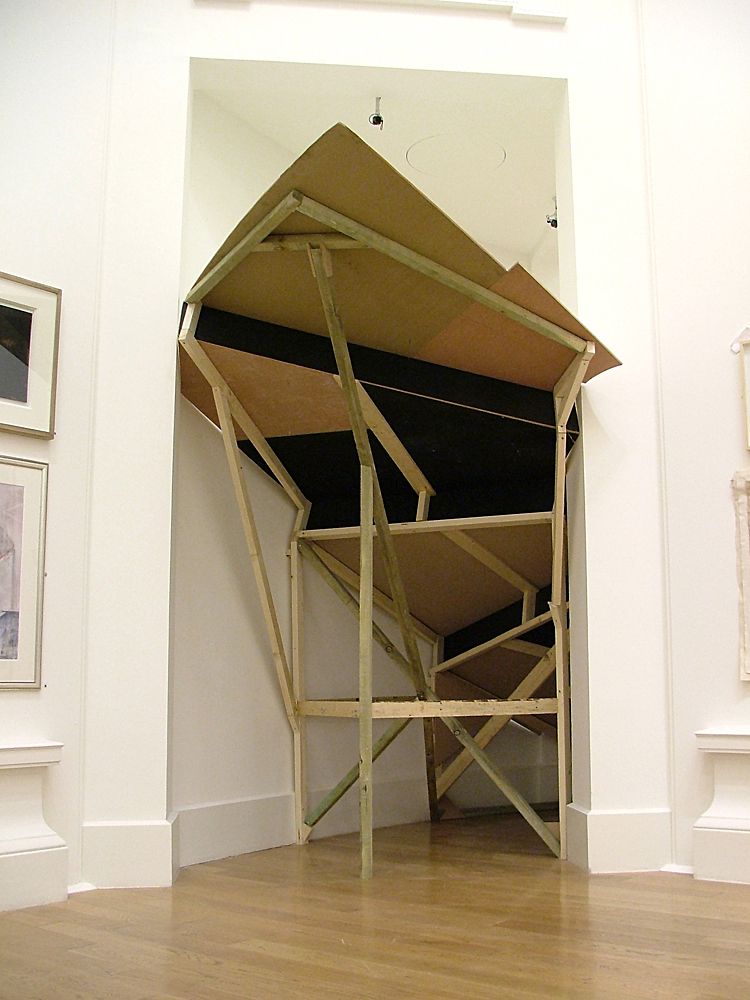 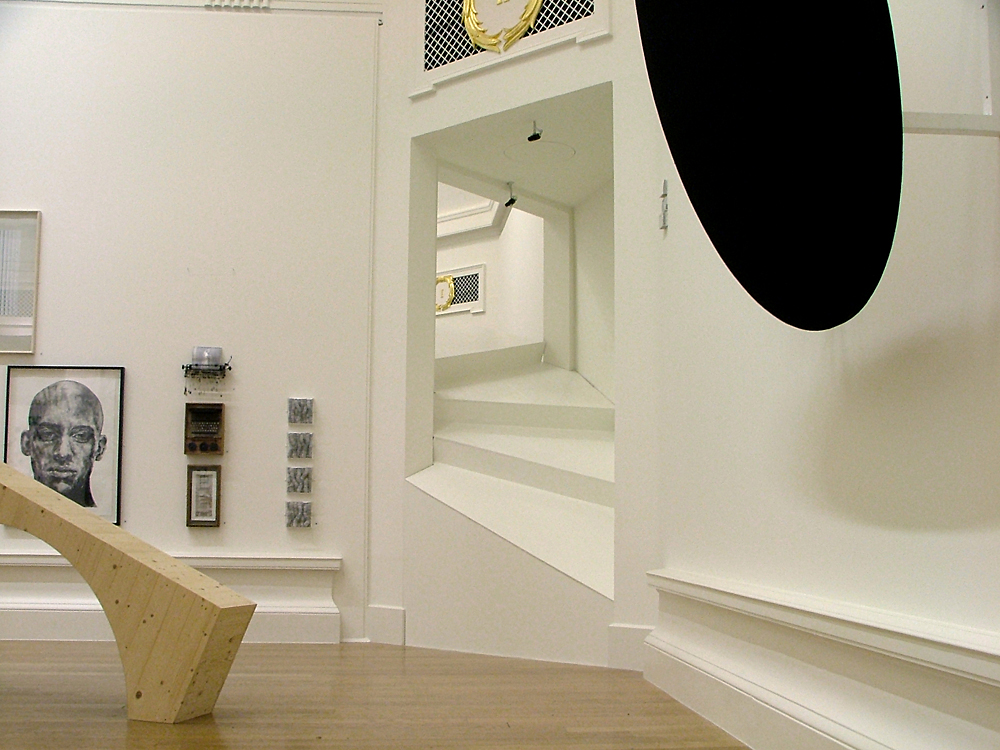 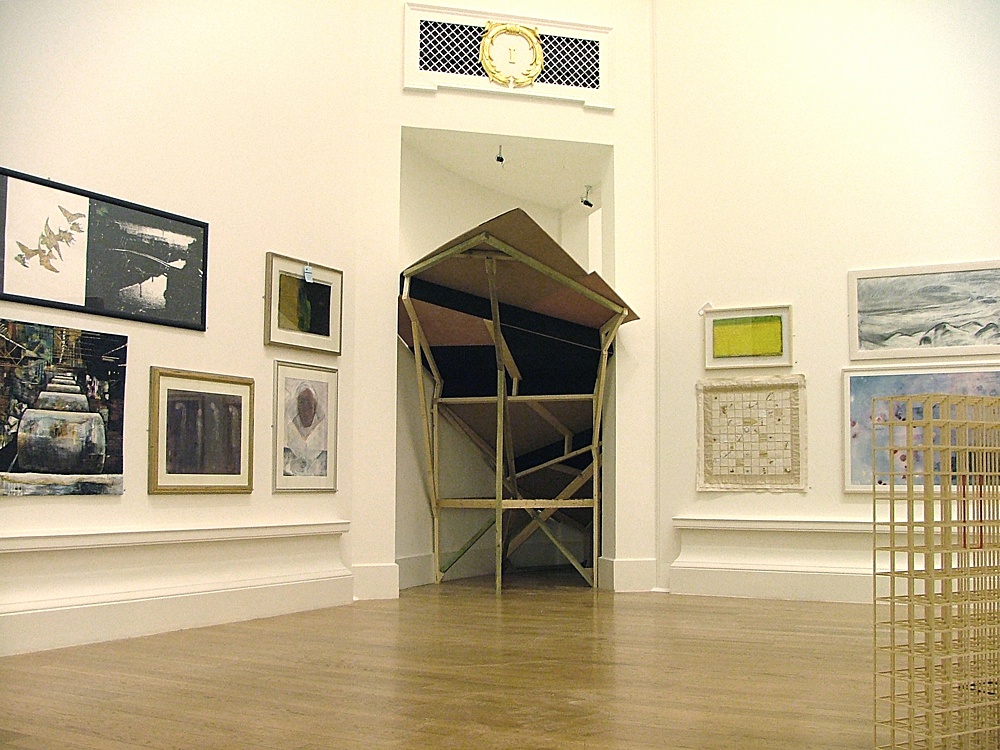 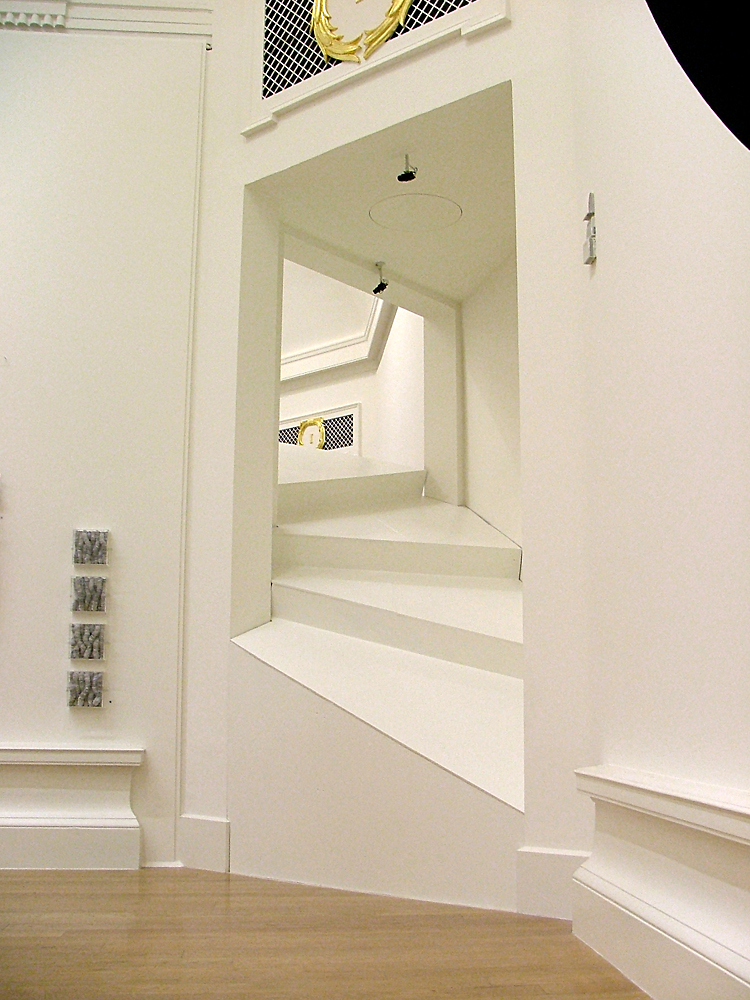 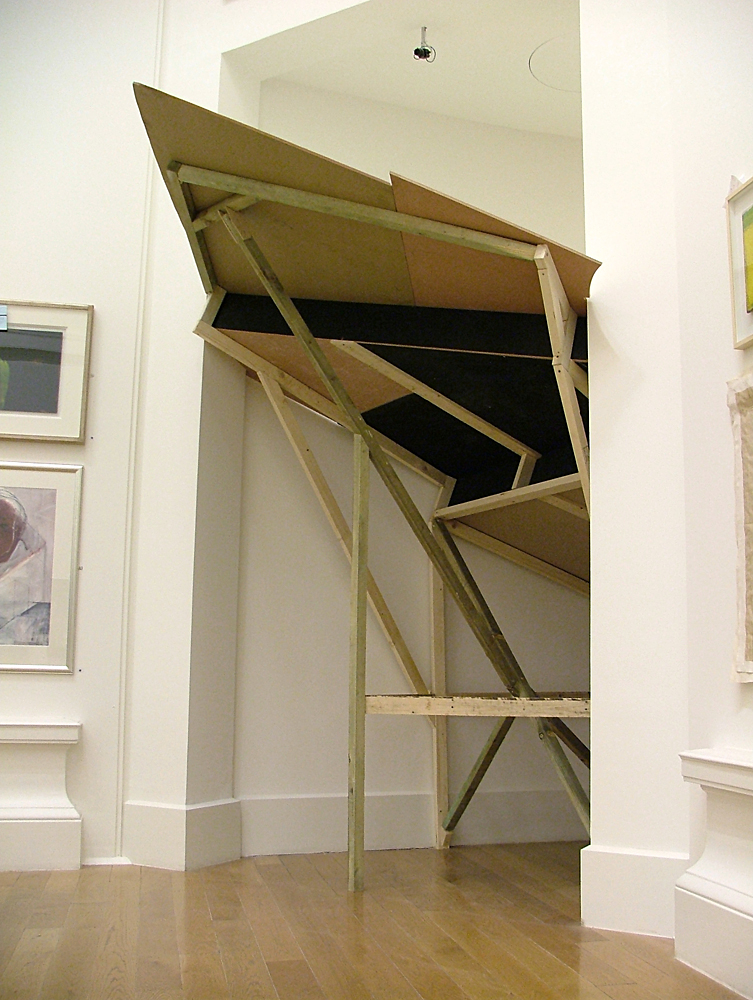 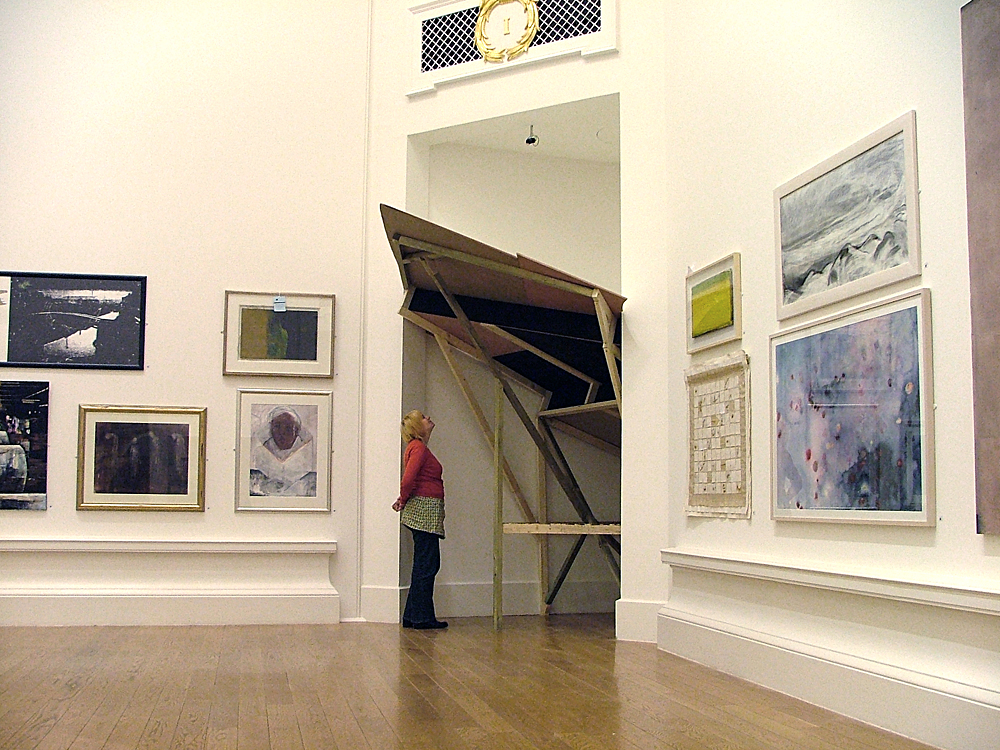