In response to the exhibition title 'The Art of Survival' Rich attempted to create a doomsday machine.

During situations such as the Cold War survival was ensured only through the delicate balance of mutually assured destruction. Two sides compete to construct ever more powerful and efficiently delivered weapons until the only possible outcome from launching an attack would be a retaliation of equally destructive force resulting in the annihilation of both sides, and possibly all life on Earth. This threat of retaliation was the only deterrent.

The work takes the theory to its ultimate, and childish school-yard, conclusion by evoking the idea of a man-made black hole (thought by some alarmists to be the result of switching on the Large Hadron Collider) which would destroy the entire planet. This ultimate weapon would be unleashed should an attack be detected.

Time-lapse film of construction followed by walk-though: made by Glen Stoker.

Special thanks to Andy, Anna and Glen. 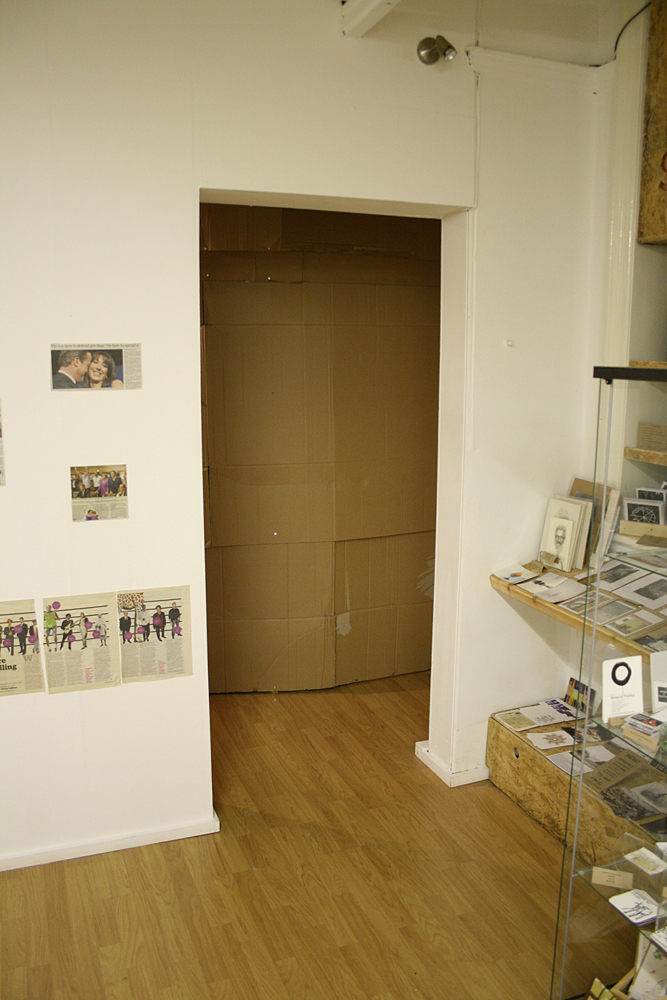 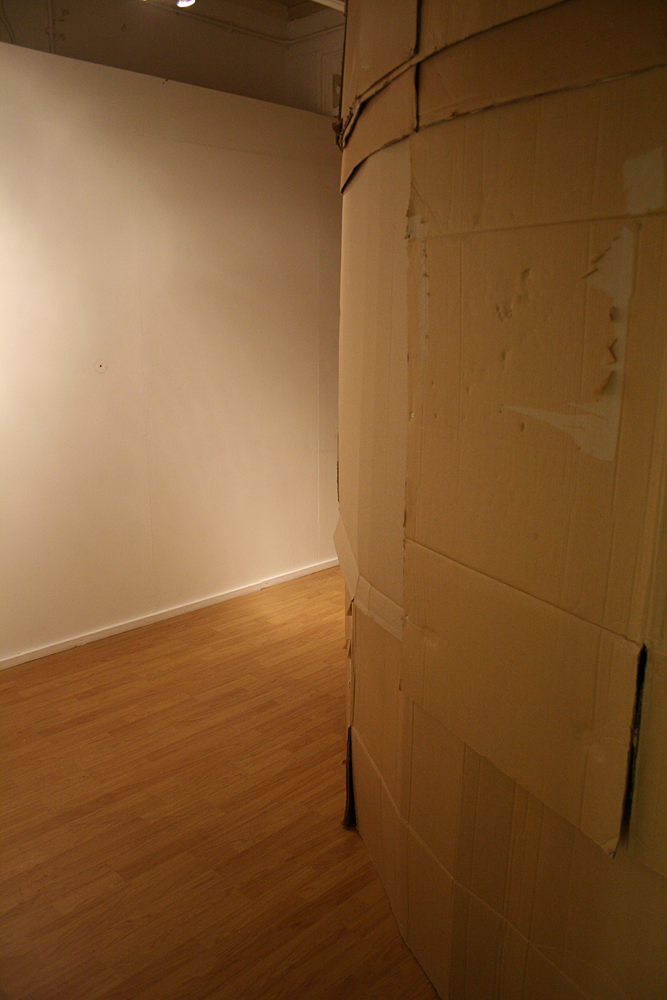 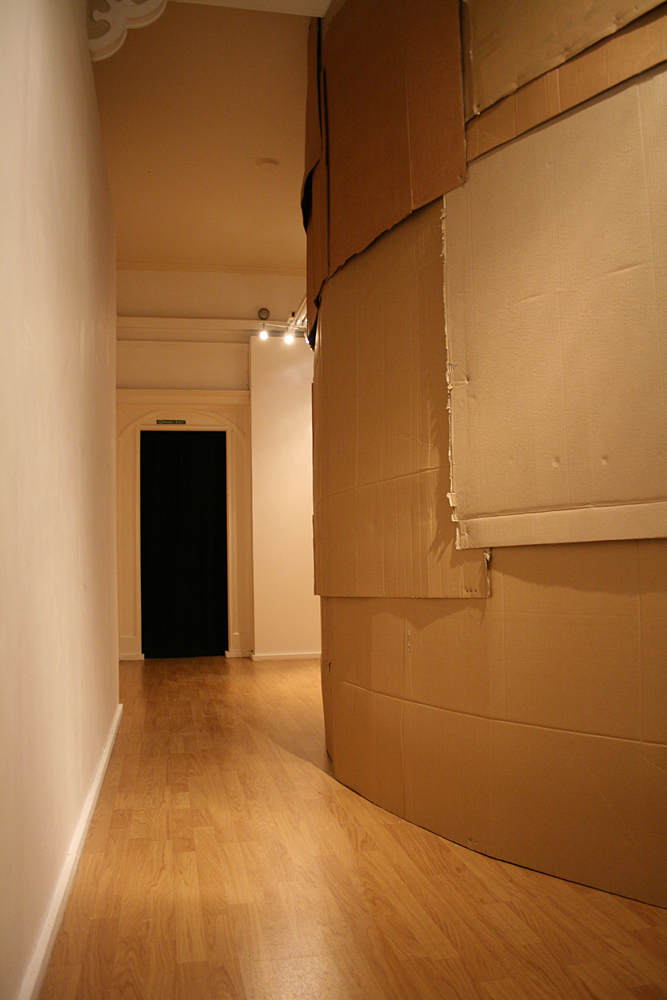 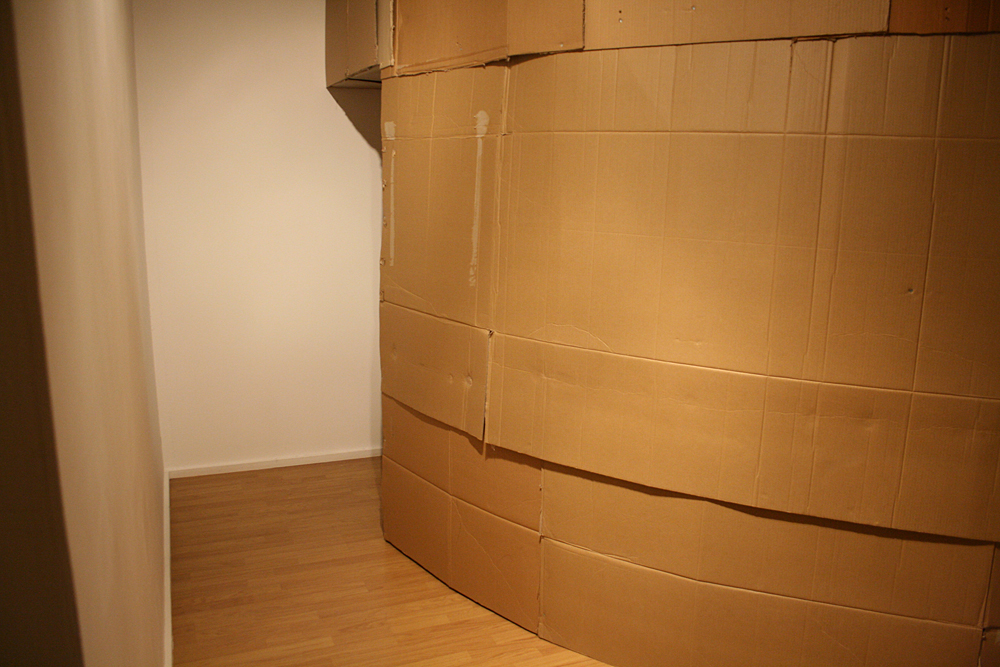 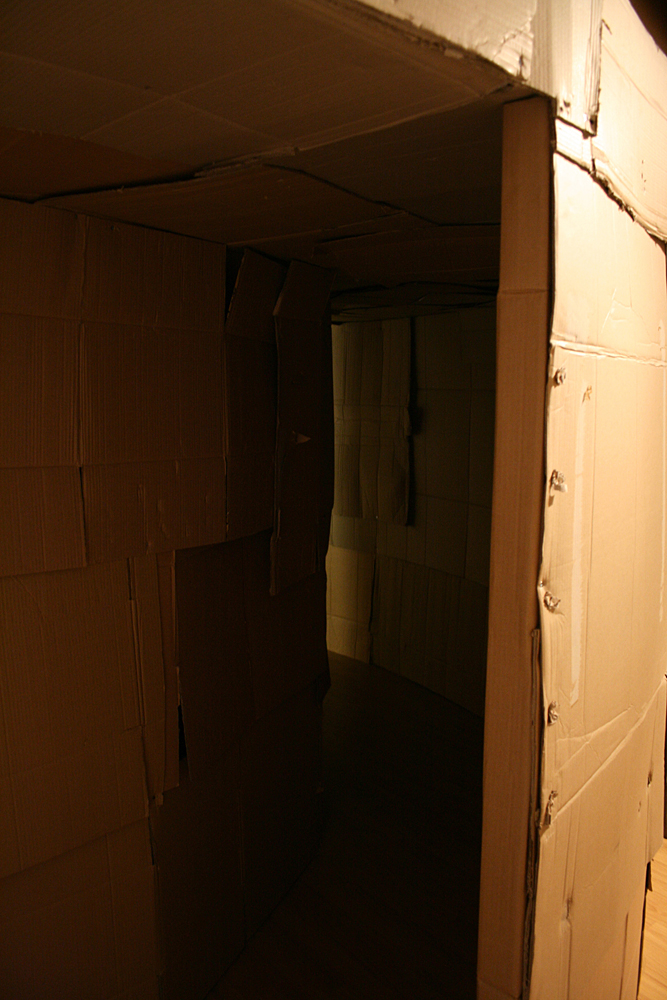 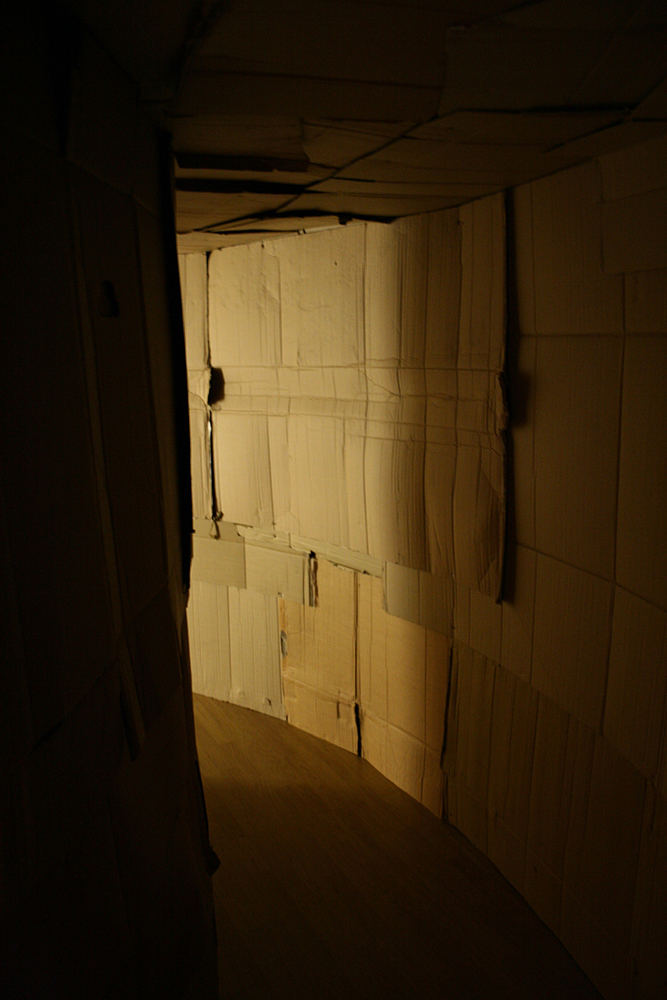 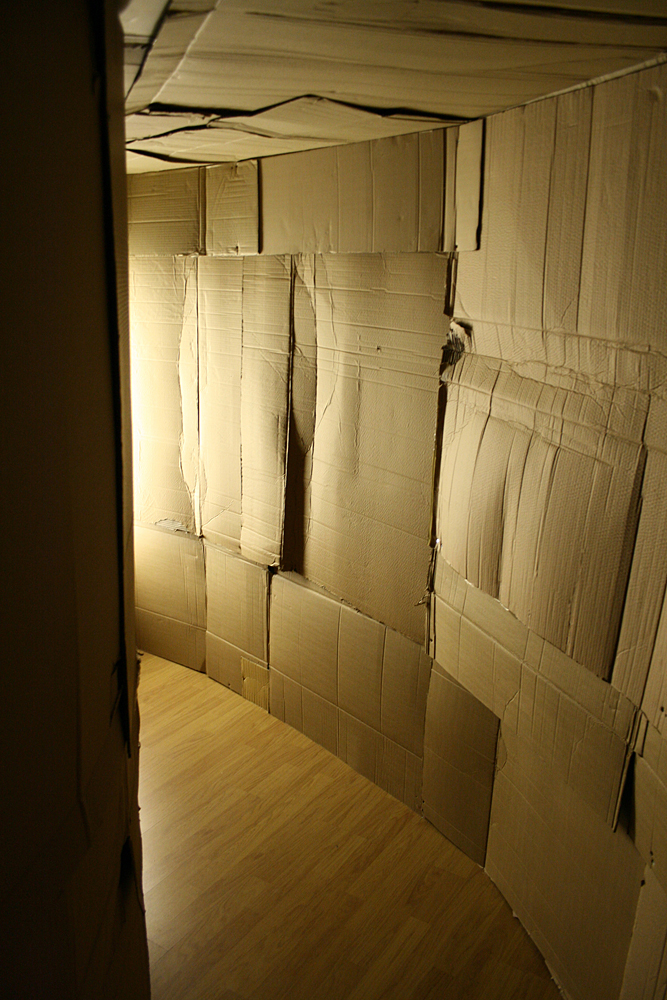 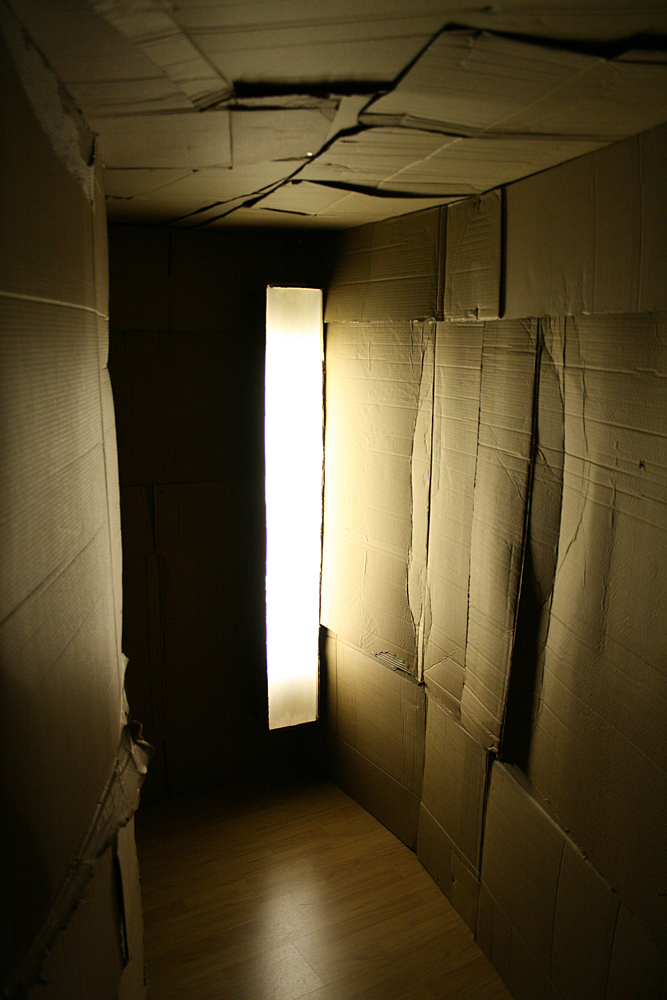 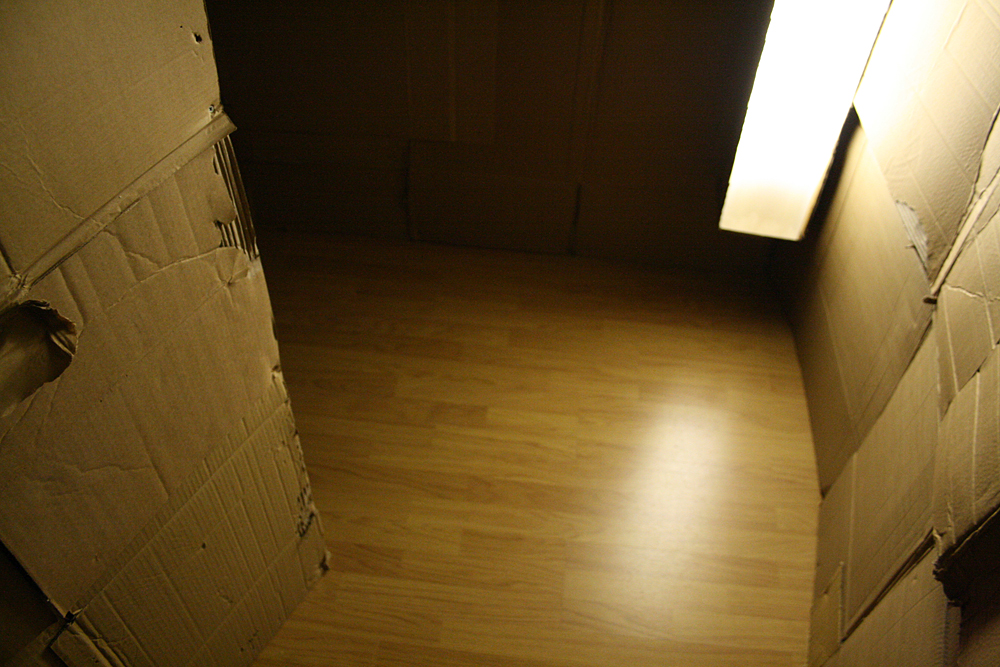 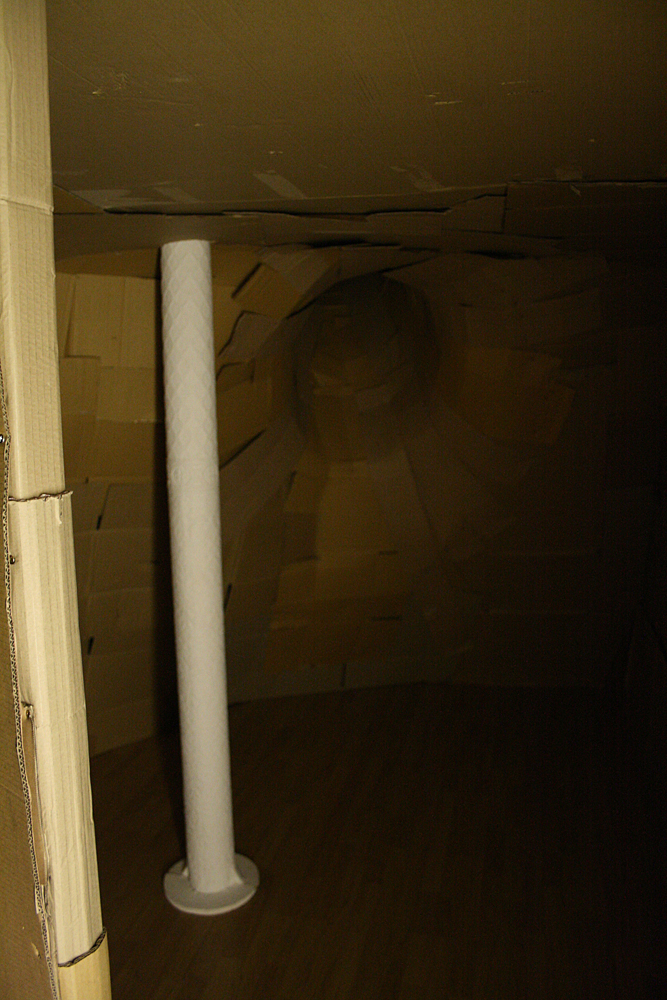 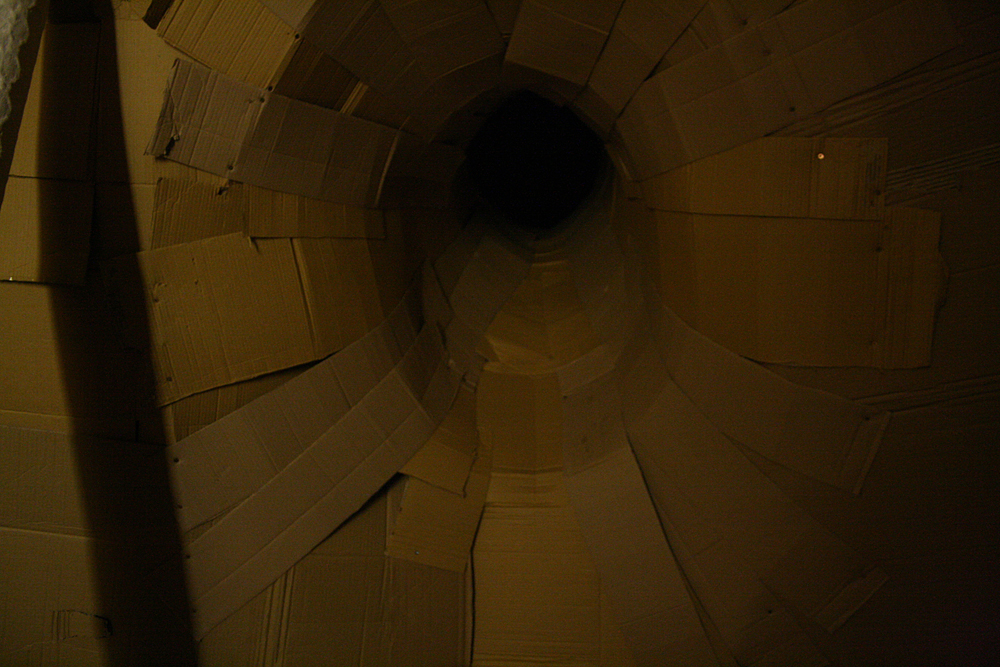 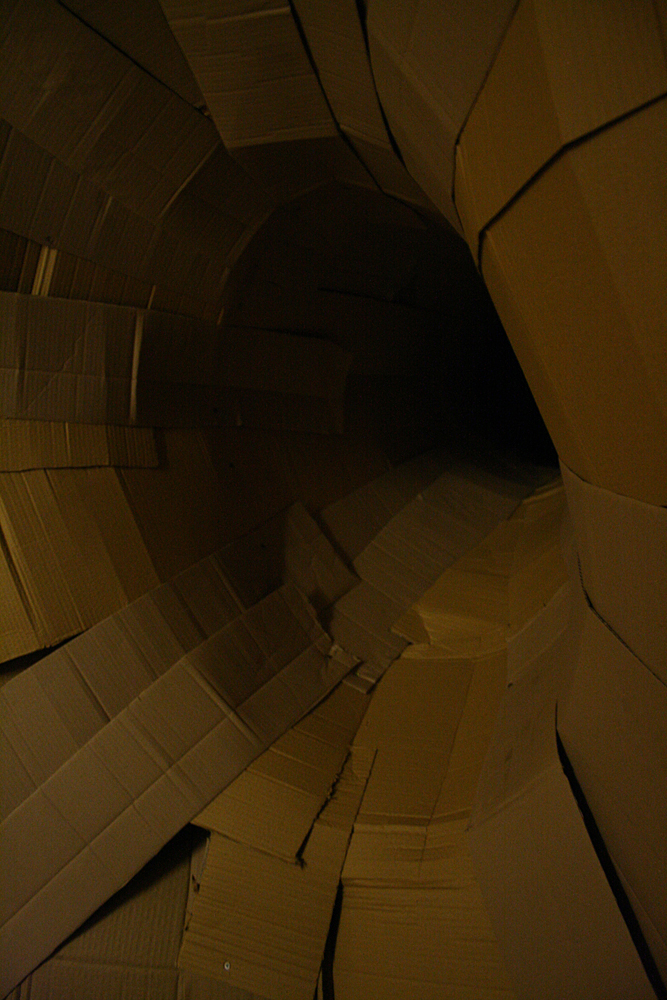 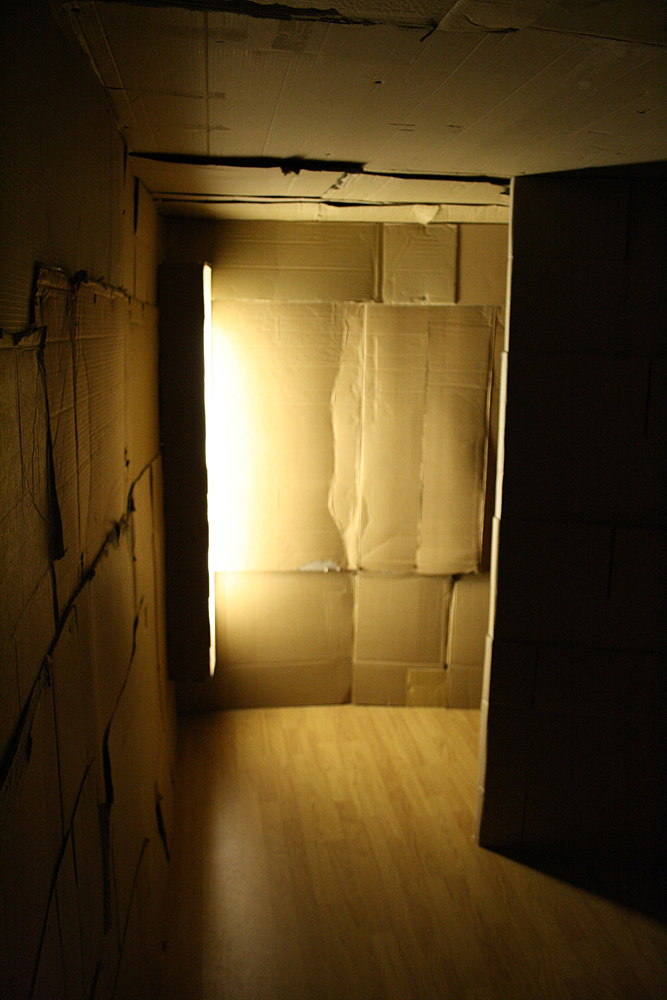 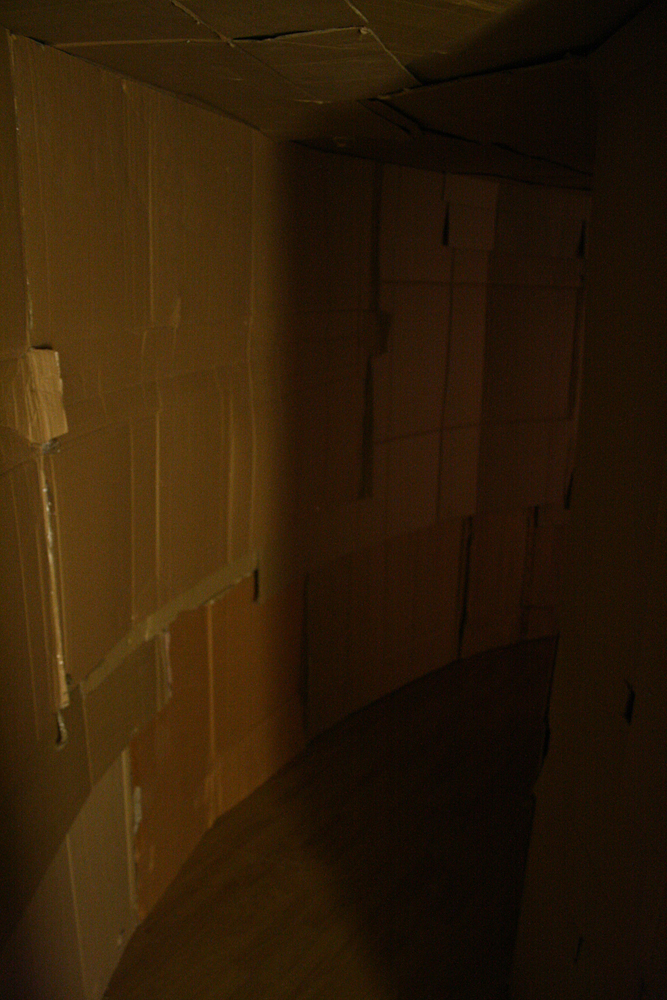 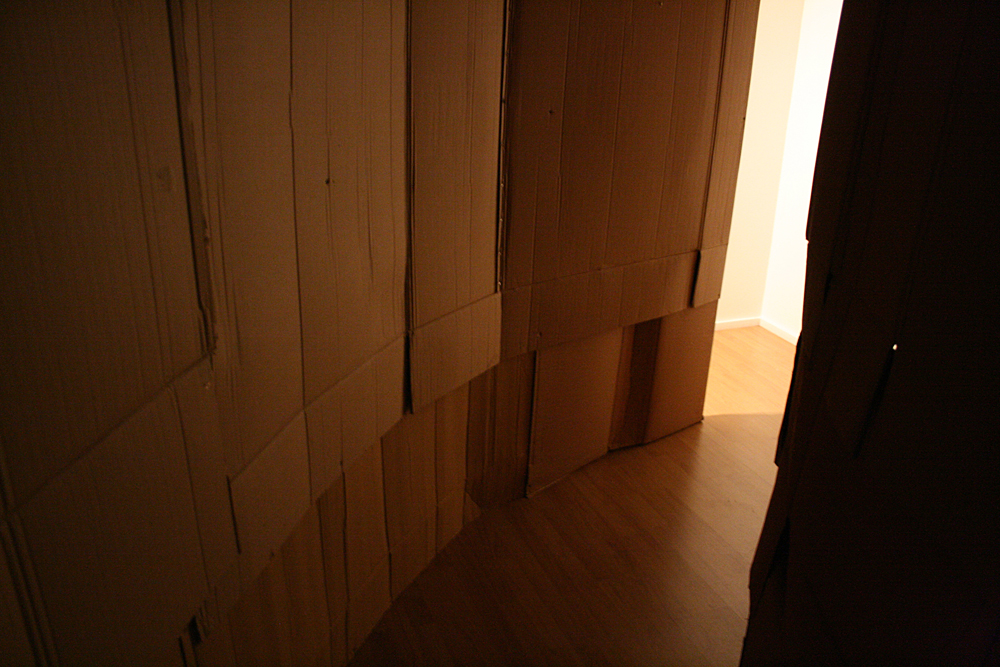 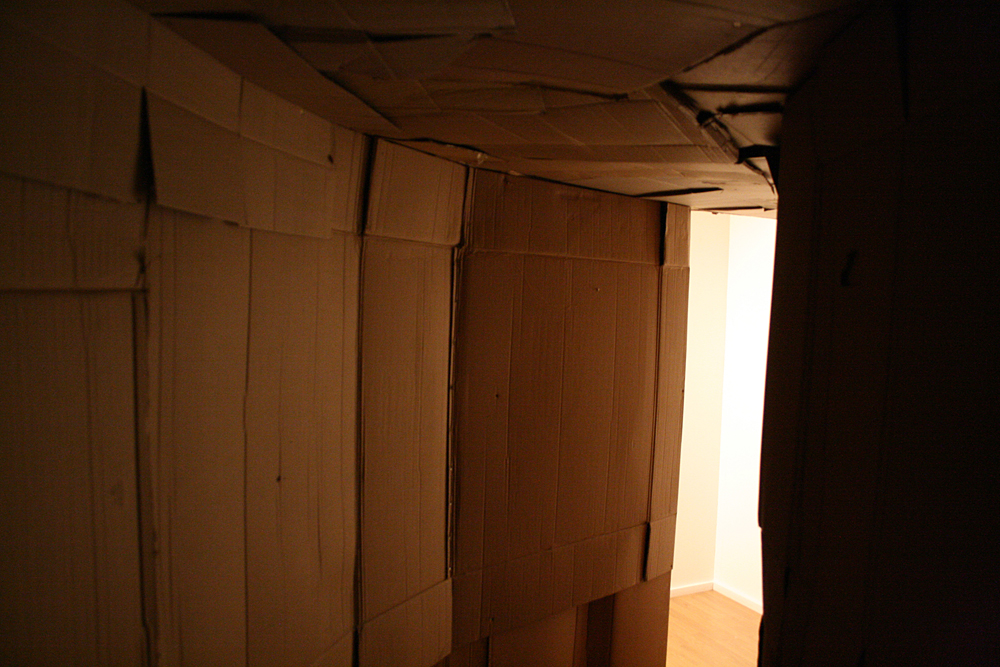 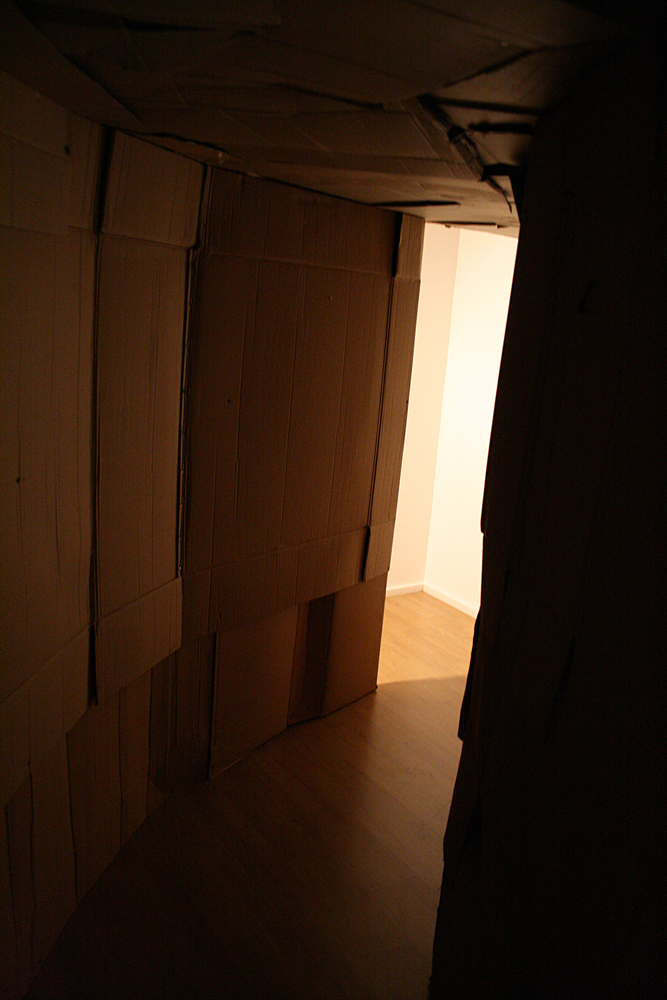 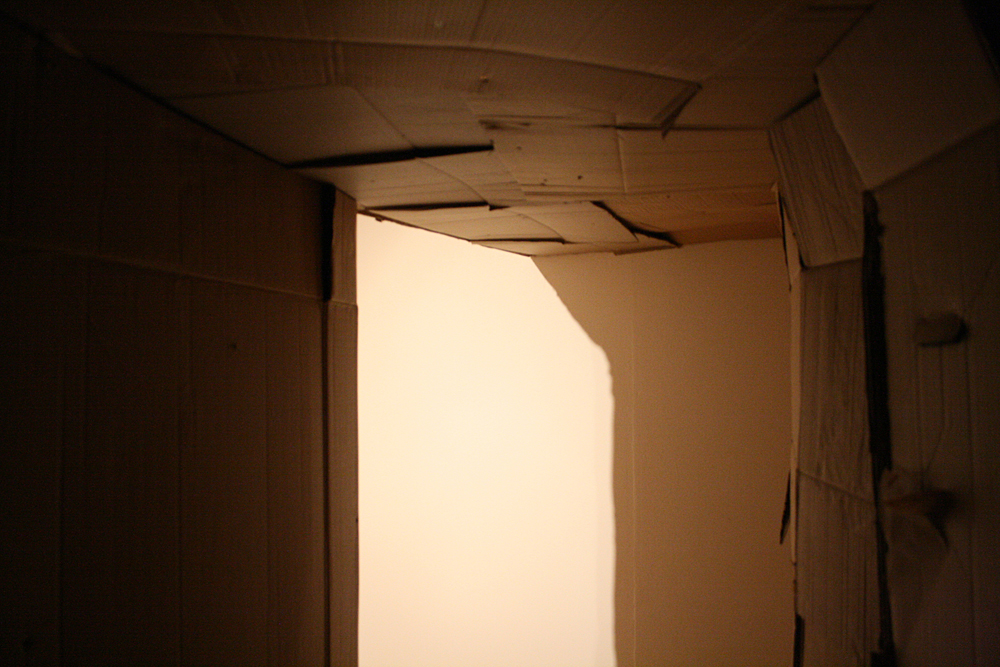 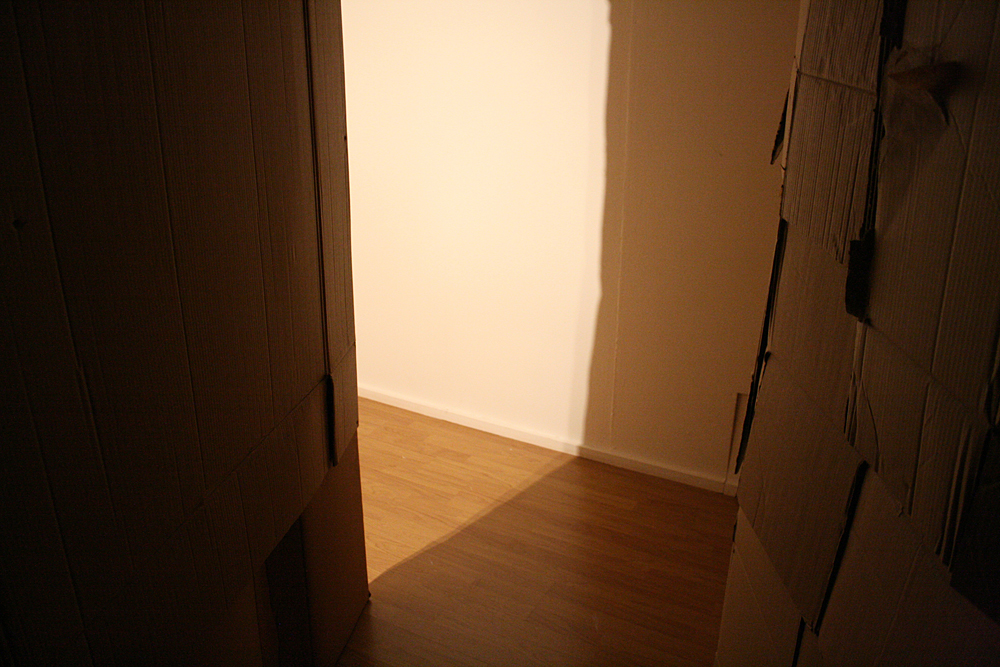 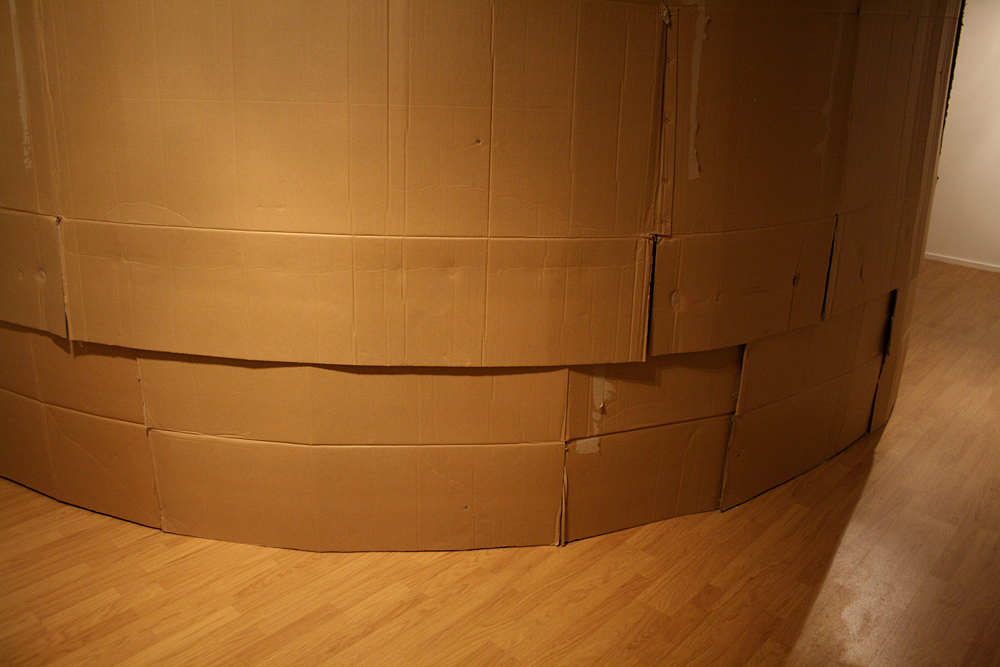 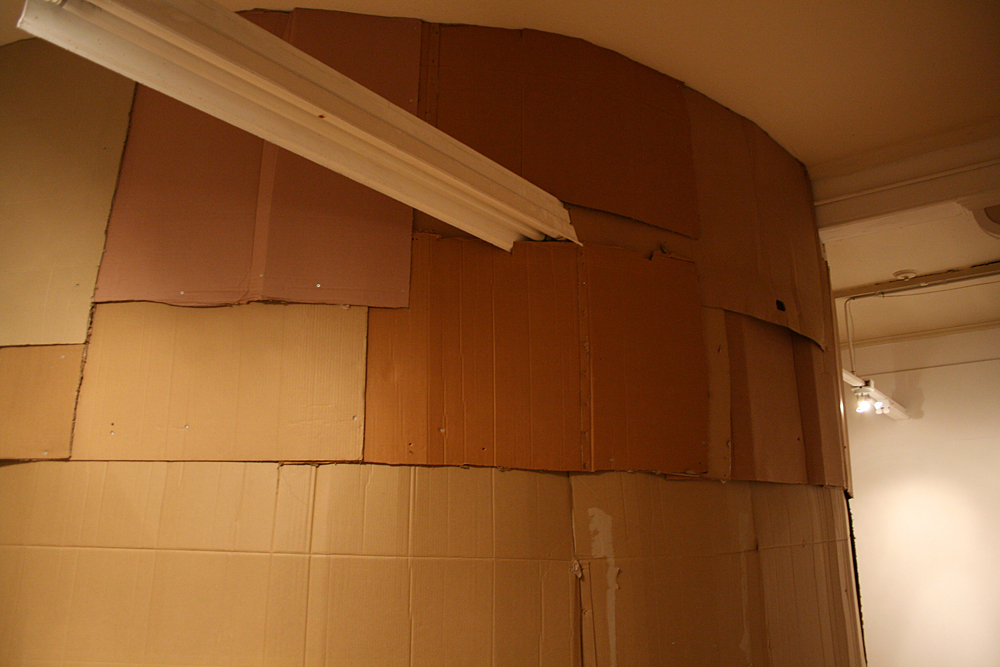 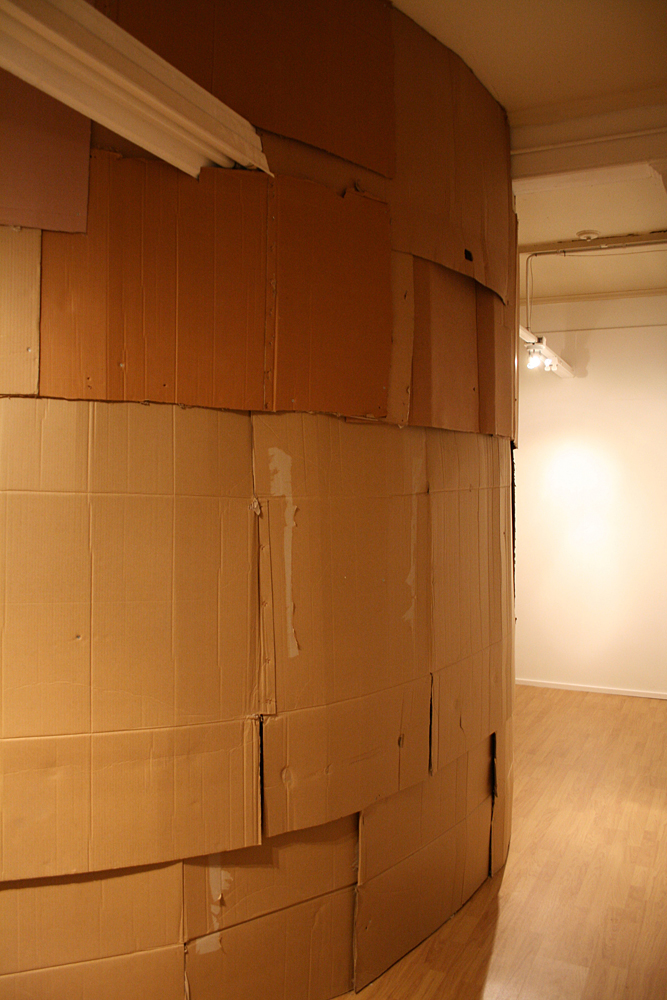 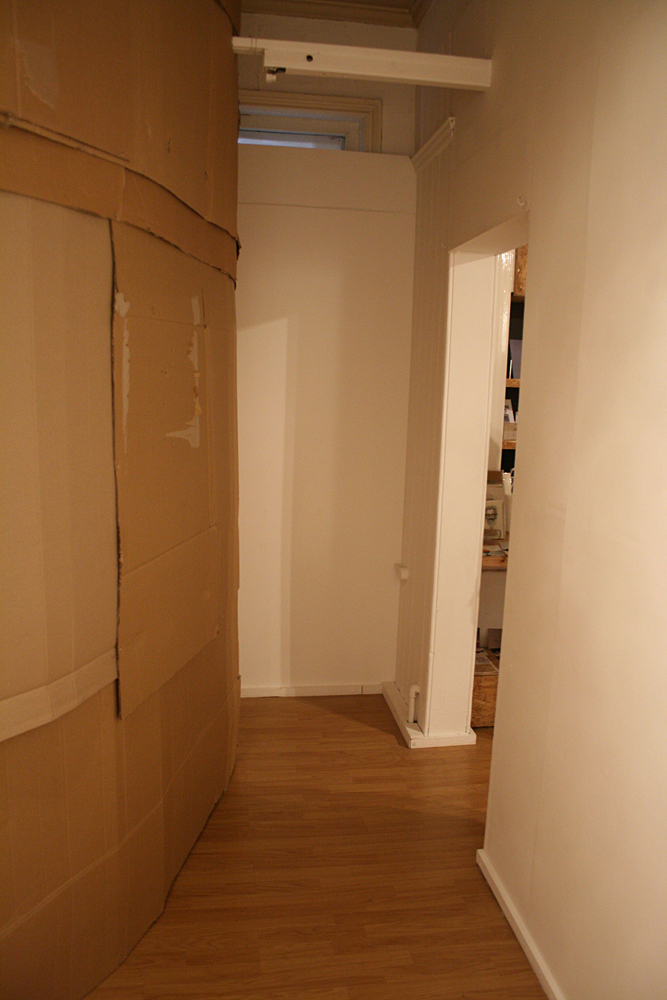