For its third iteration Place, Space and Identity commissioned six projects that engaged the people of Stoke-on-Trent, celebrating their many identities, and honouring the places where they live. The programme included workshops, installations and artworks that challenged people's perceptions of the city and transformed unused spaces in the area.

Rich was given Winton Square as his location. The work took the form of a raised deck, accessible via a pair of staircases, surrounding the bronze statue of Josiah Wedgwood.

The purpose of the work was twofold:
1. Of the people he spoke to during a consultation day in the square opinion was divided about the statue and whether we should honour Wedgwood. Some held him in high regard and as a fine symbol of Stoke-on-Trent's heritage, others felt that he had caused harm to the city through industrialisation. By putting people on the same level as the statue they can have a more personal relationship: those that like and respect him can get closer to him, those that do not are now not being looked down on - or having to look up to him.
2. Many people expressed the opinion that the square was not a very nice place to sit - it could do with more greenery and less cars were the suggestions. The deck area behind the statue is a new square - fake-turfed and planted - elevated above the traffic and placing people amongst the trees and the architecture.

Platform 4 looked at the place, space and identity of Winton Square, offered the visitor the unique opportunity for a very personal audience with Stoke-on-Trent's most famous son, and revived a public space by taking a new perspective on a once beautiful location. 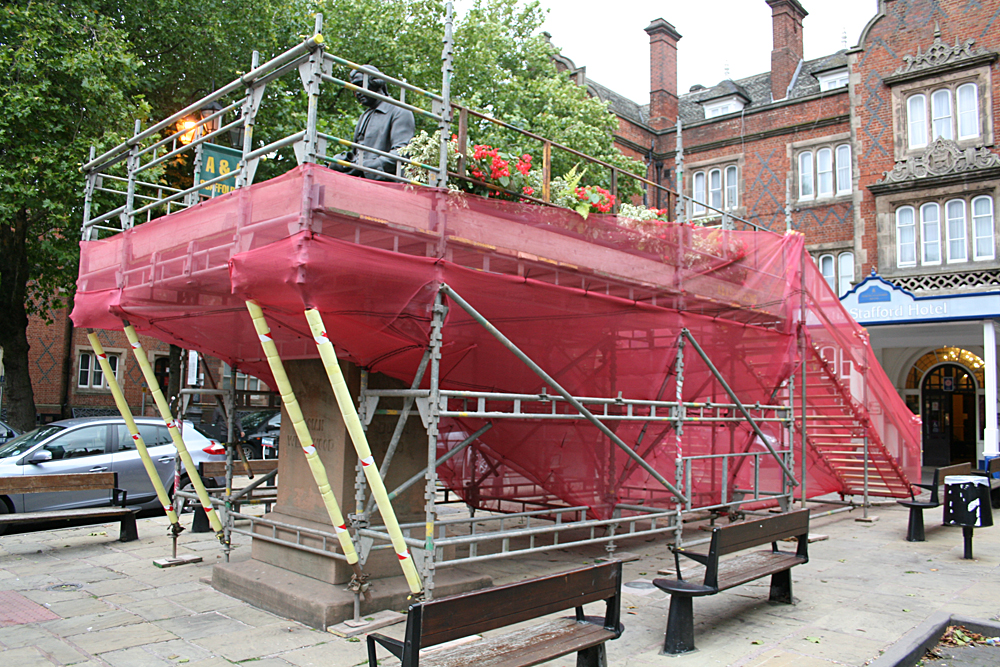 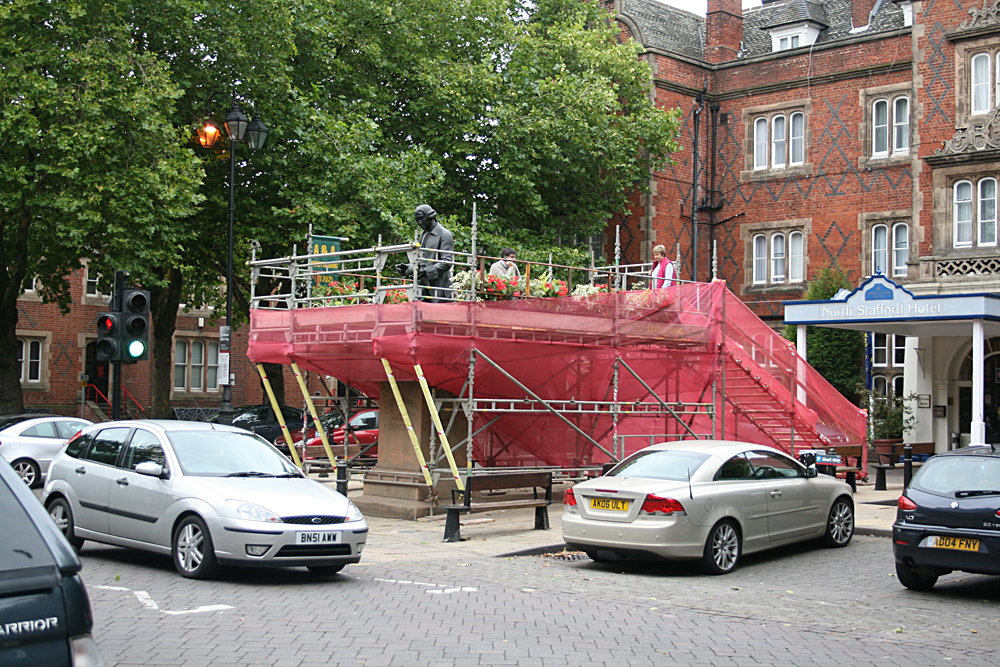 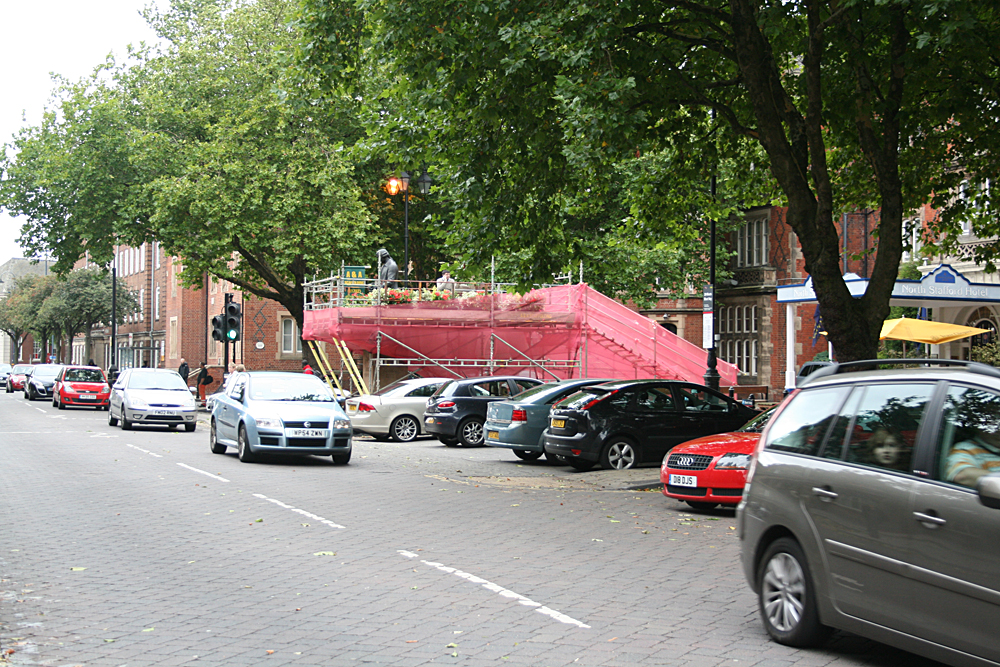 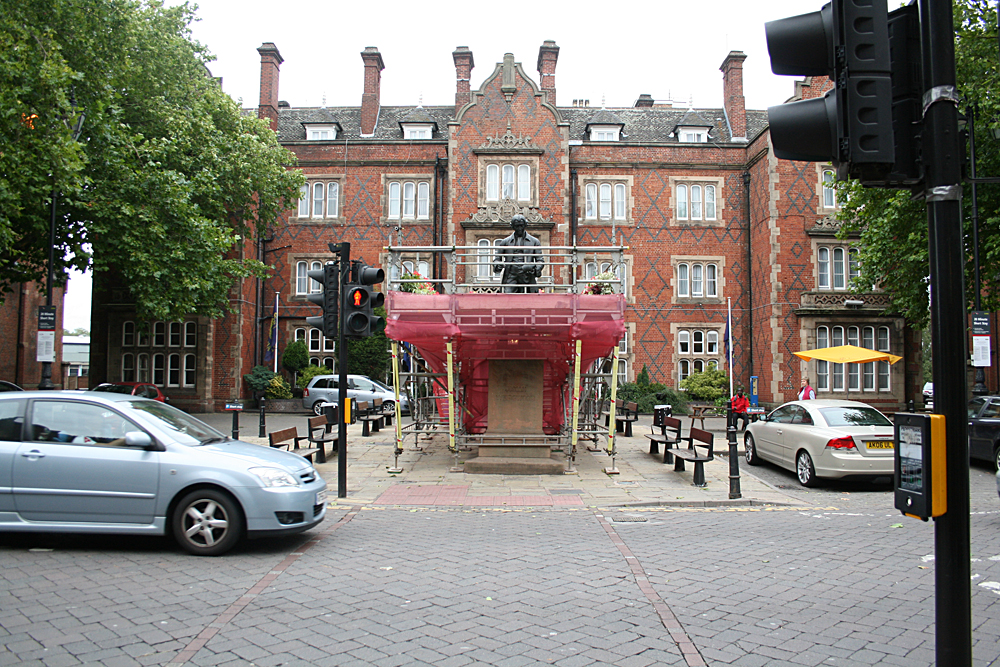 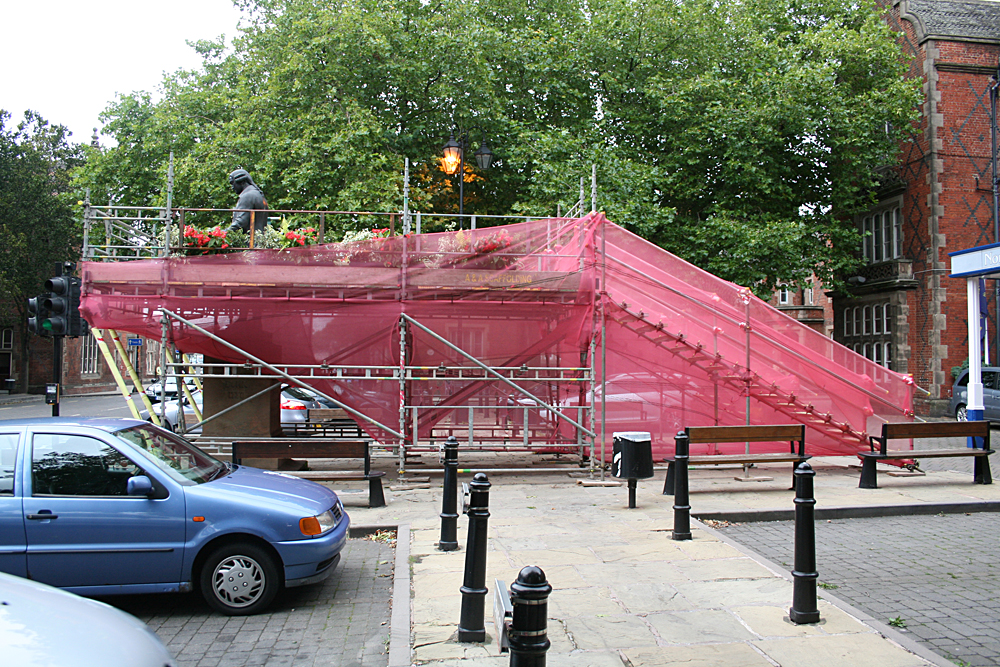 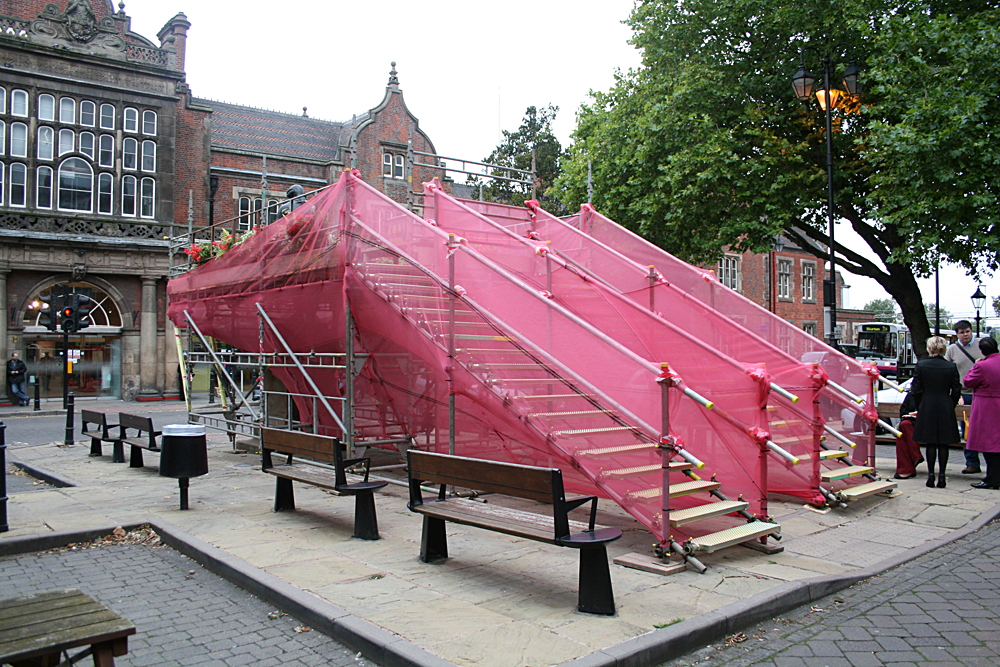 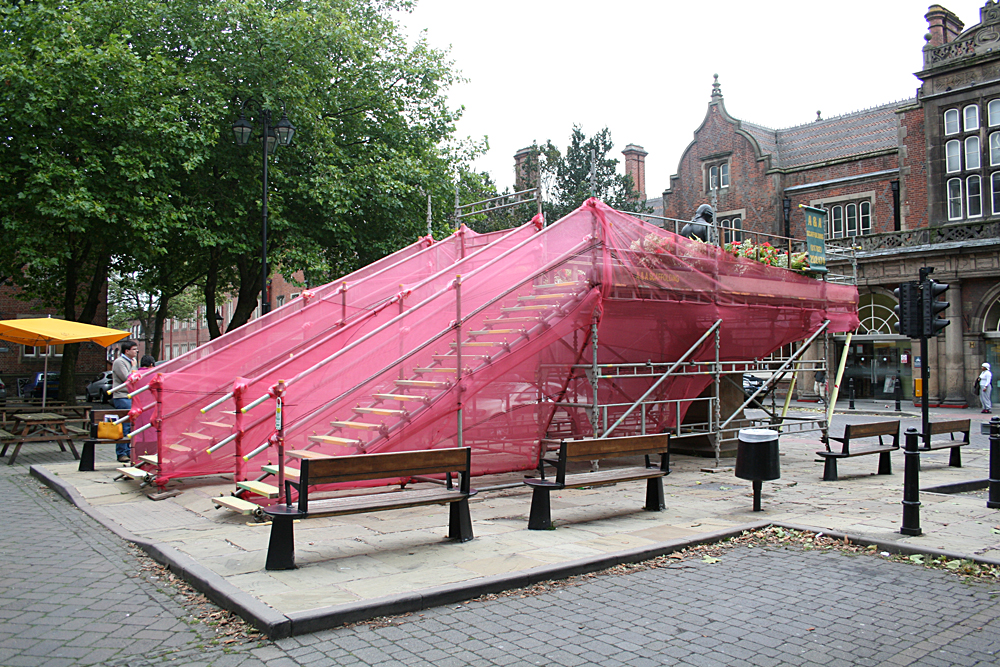 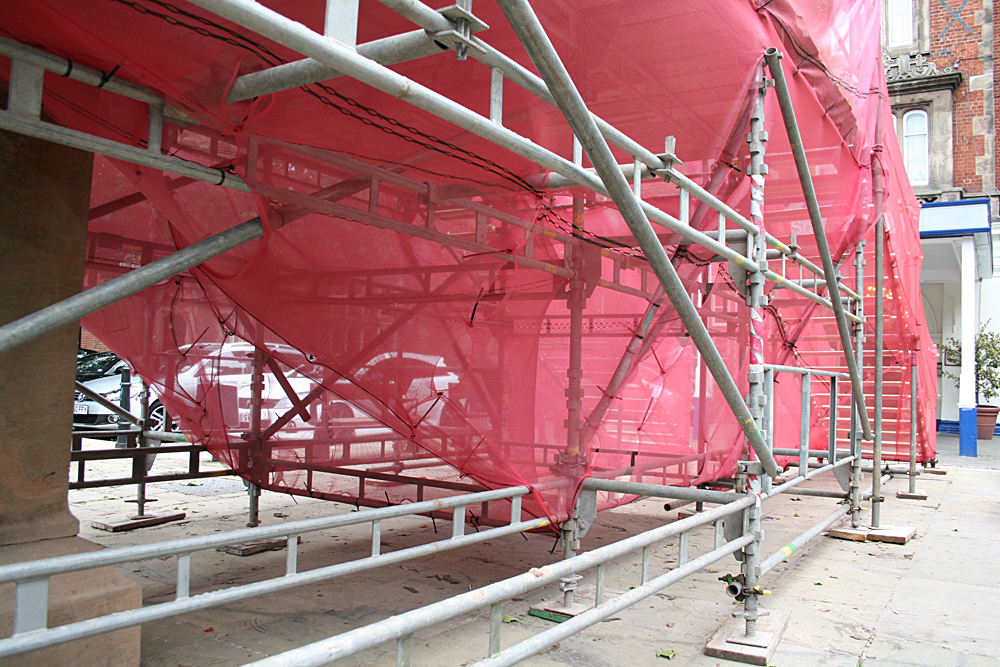 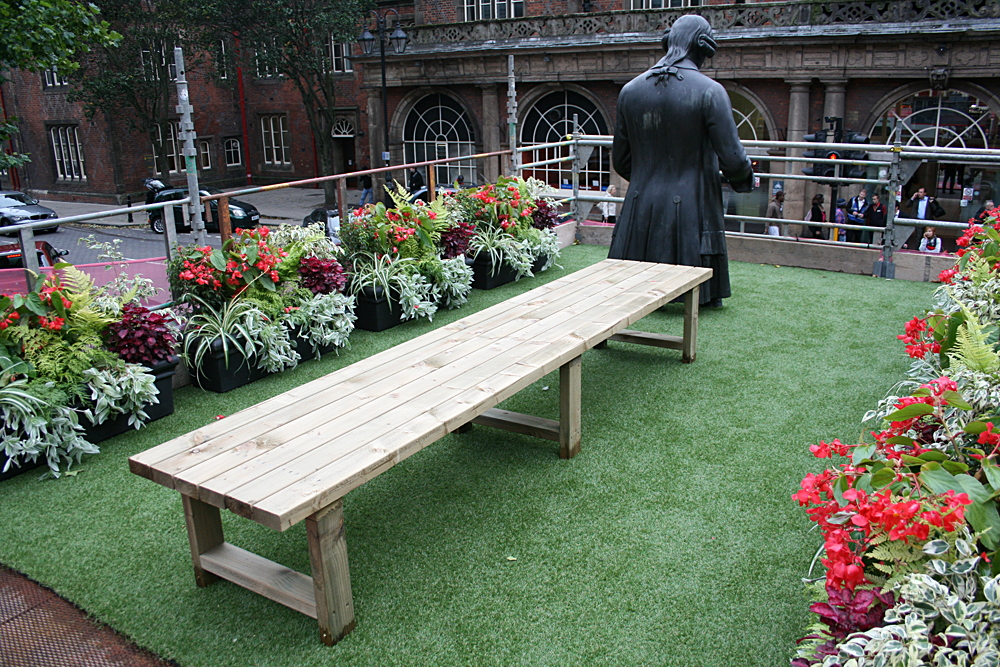 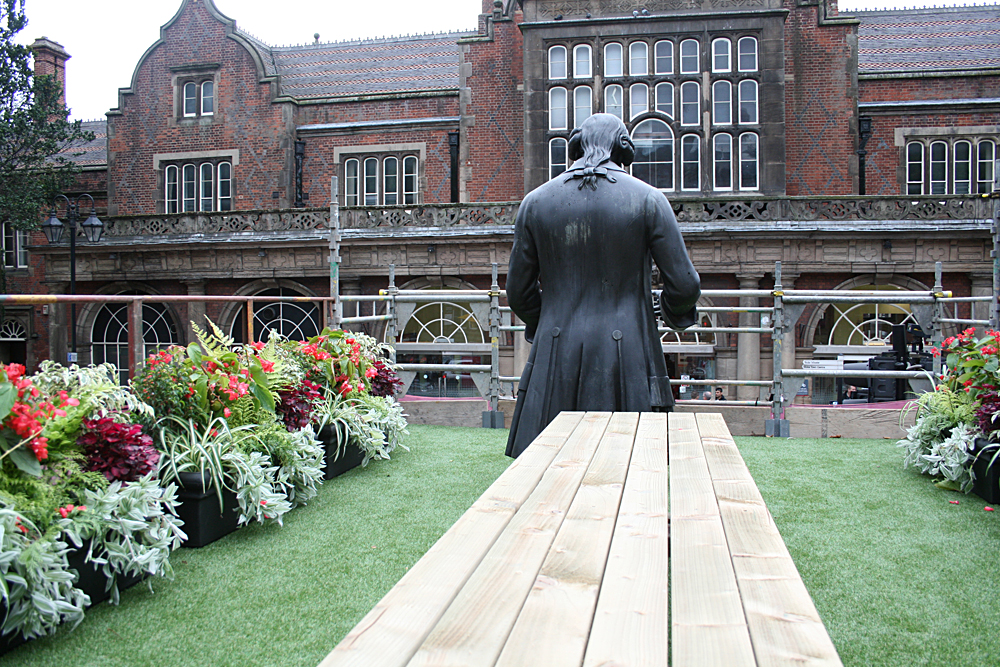 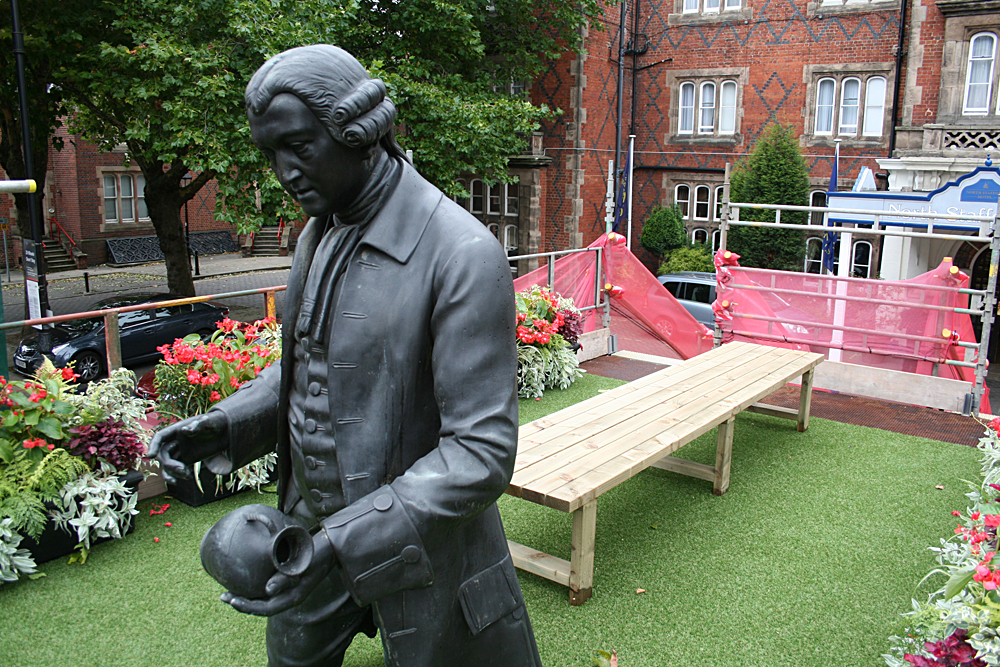 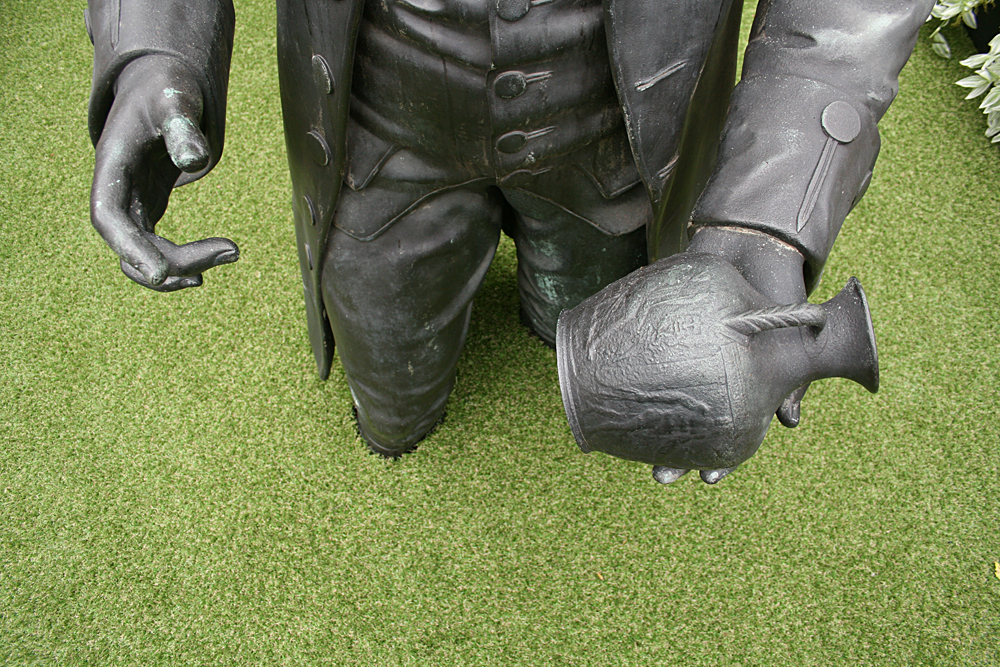