To celebrate their twentieth birthday, and their collaborative relationship with artists, BPN Architects commissioned four artists to transform the loading bay of their building (a former silversmiths in the Jewellery Quarter in Birmingham). Alexi K, David Poole, Jacqui Dodds and Rich White were each given a consecutive week in September to install work in the space. Film maker and photographer Amy Lunn was commissioned to document the month.

Rich began developing his work by interviewing some of the staff at BPN to find out about the building, the location and what it's like to work there. Through these conversations, and a short survey, Rich discovered that although the staff enjoy their non-hierarchical, open-plan office they would perhaps like somewhere to get away to on occasion - a relaxing retreat from which to escape the distractions of the office. The phrase 'recovery room' was mentioned and this became the focus for the work.

Initially the work was to be made from found materials. Using the architect's connections in the building trade these materials began to be sourced from building sites. As the work developed, and as the first of the loading bay commissions was in progress, Rich realised that to complement Alexi's angular and layered wall drawing his structure also needed to be built from layers. This led to the idea to use pallets to very simply create steps and a raised deck by stacking them up, and creating an enclosing wall of back-to-back upright pallet blocks. To complete the work the floor of the room was covered with carpet tiles found in the architect's archive room and furnished with beanbags. A single low-wattage lightbulb was suspended from the centre of the space.

Special thanks to Lorna, Joelle, Ben, Ellis and Mark. 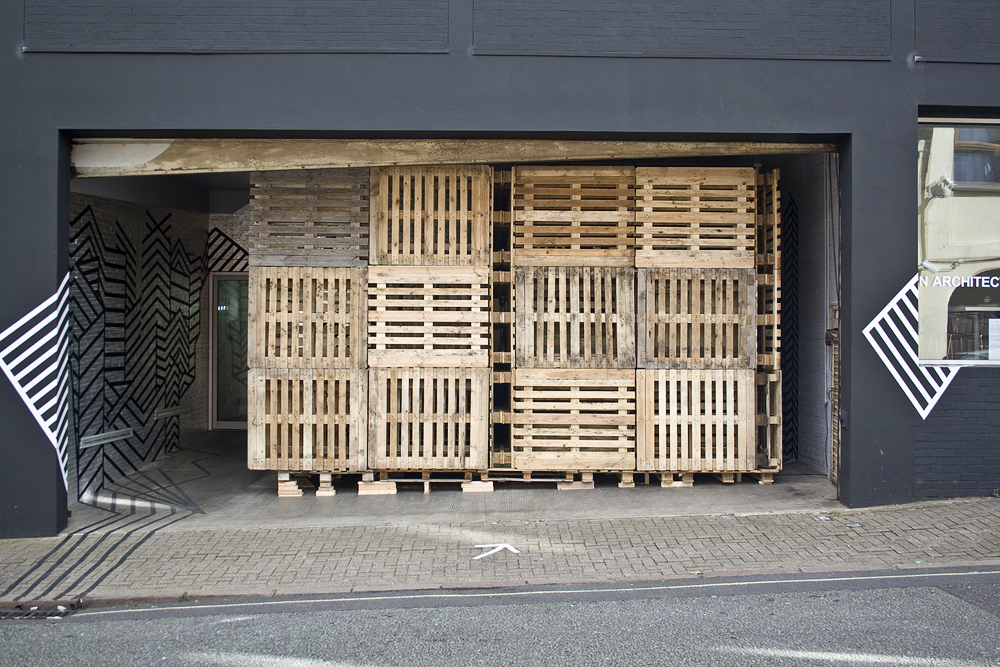 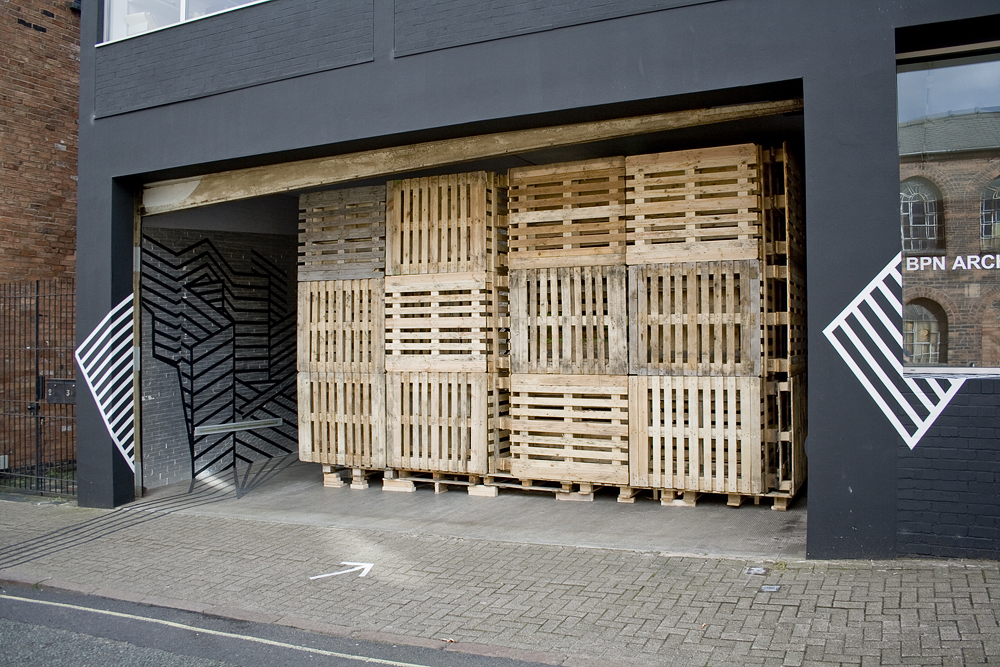 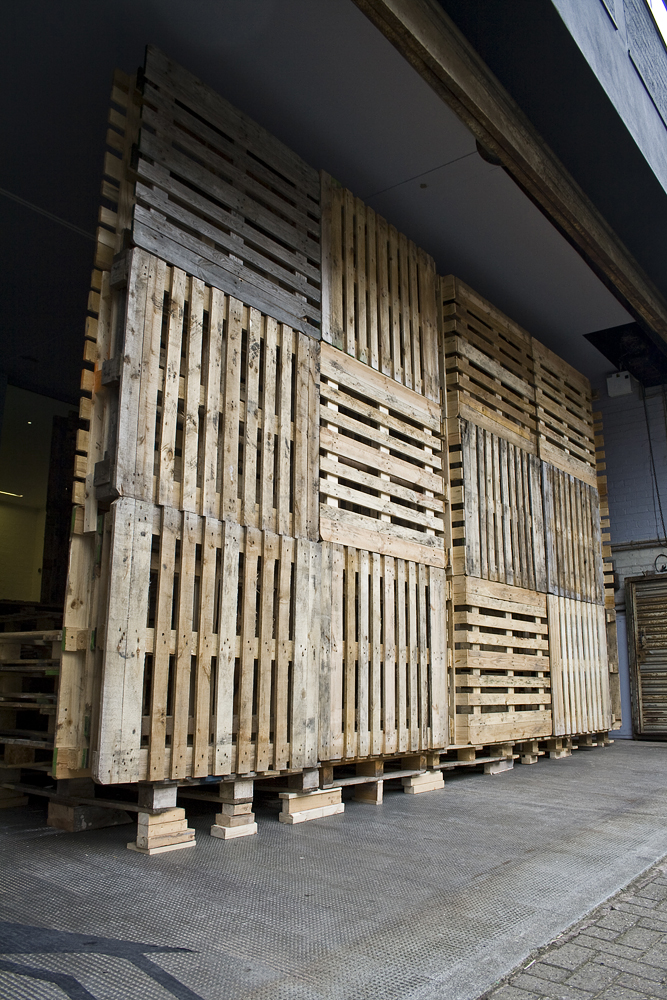 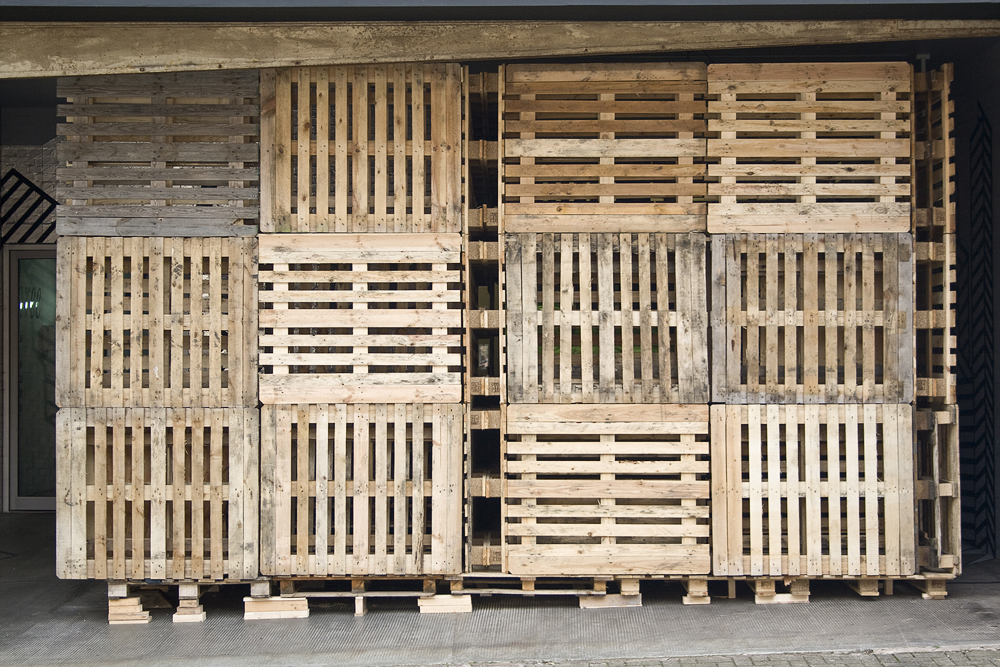 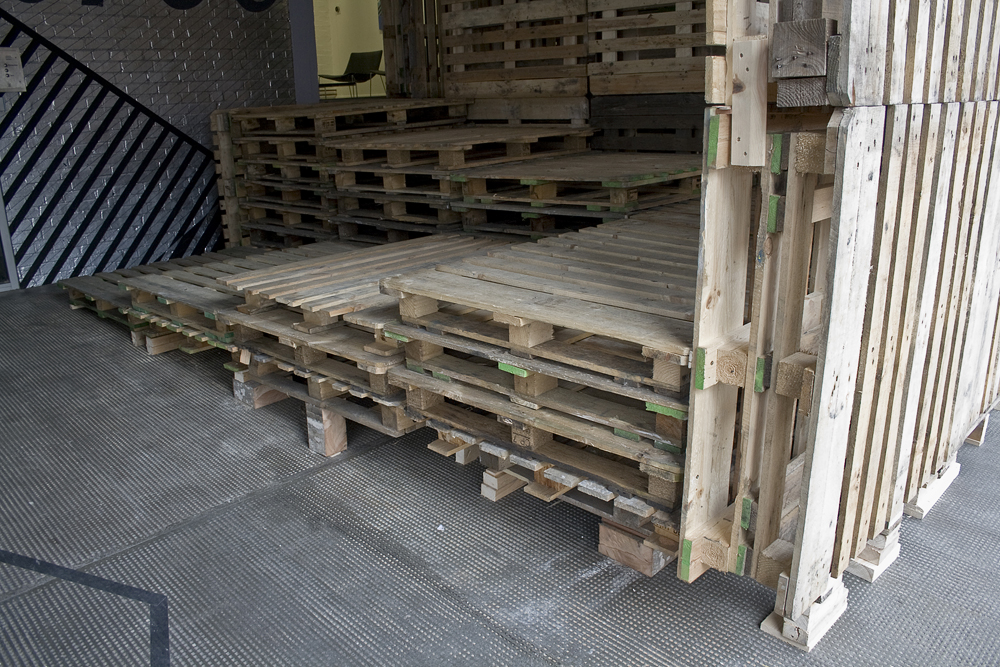 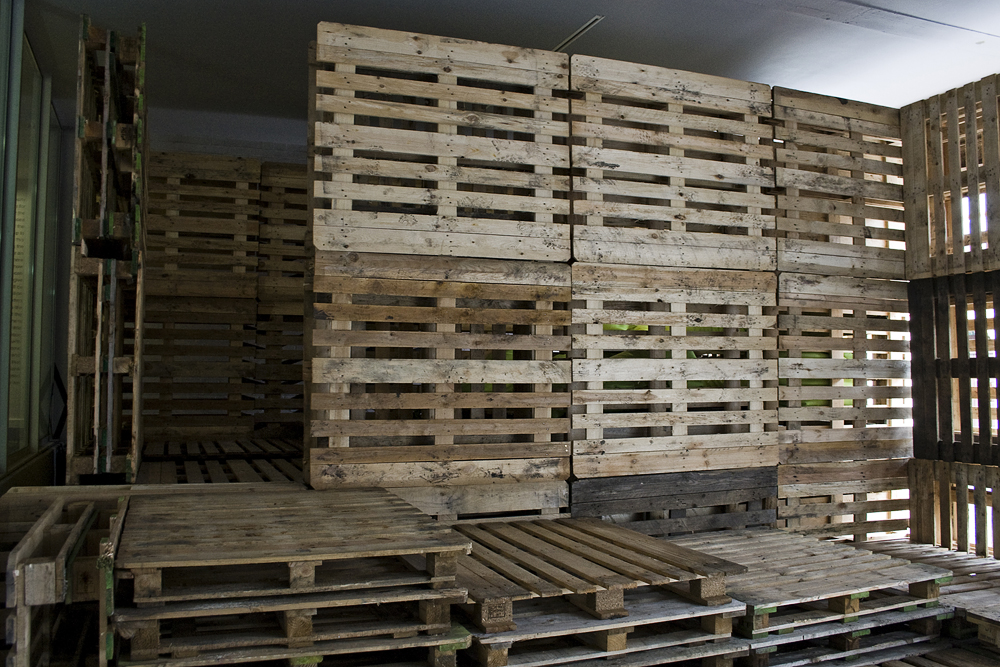 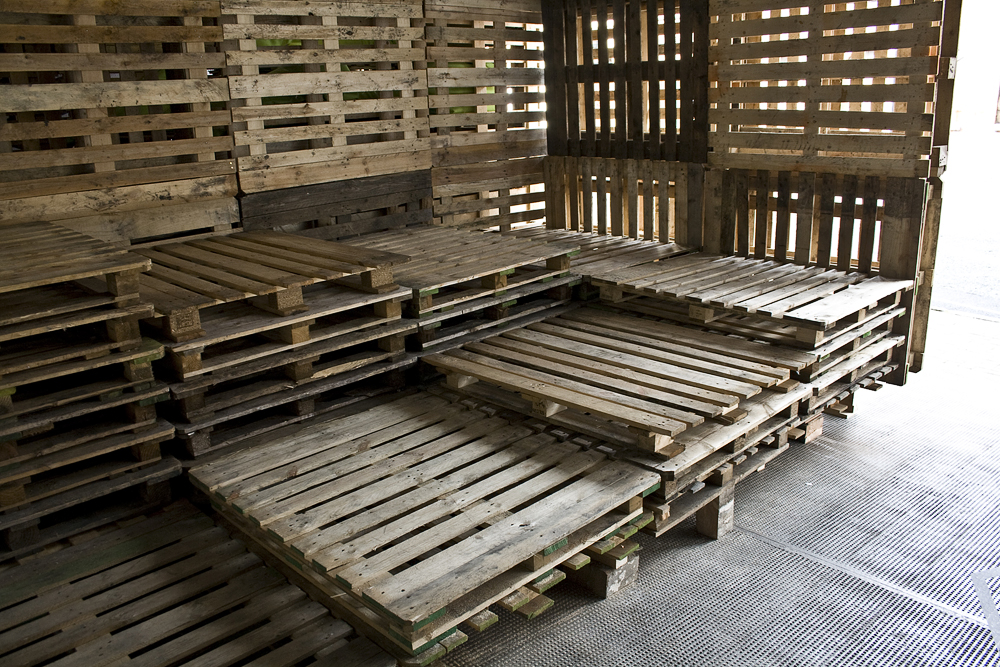 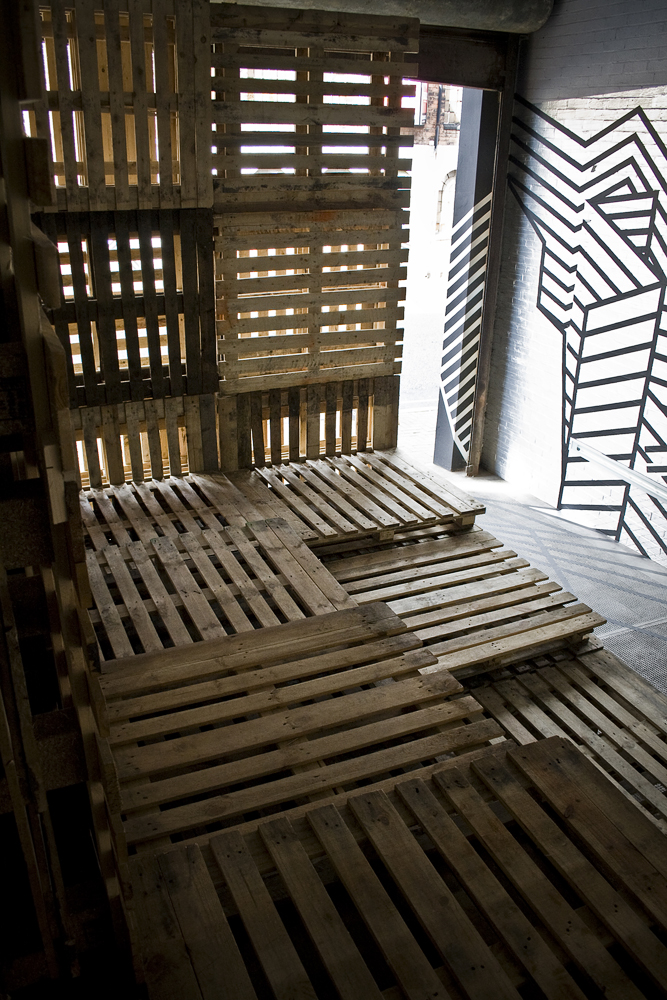 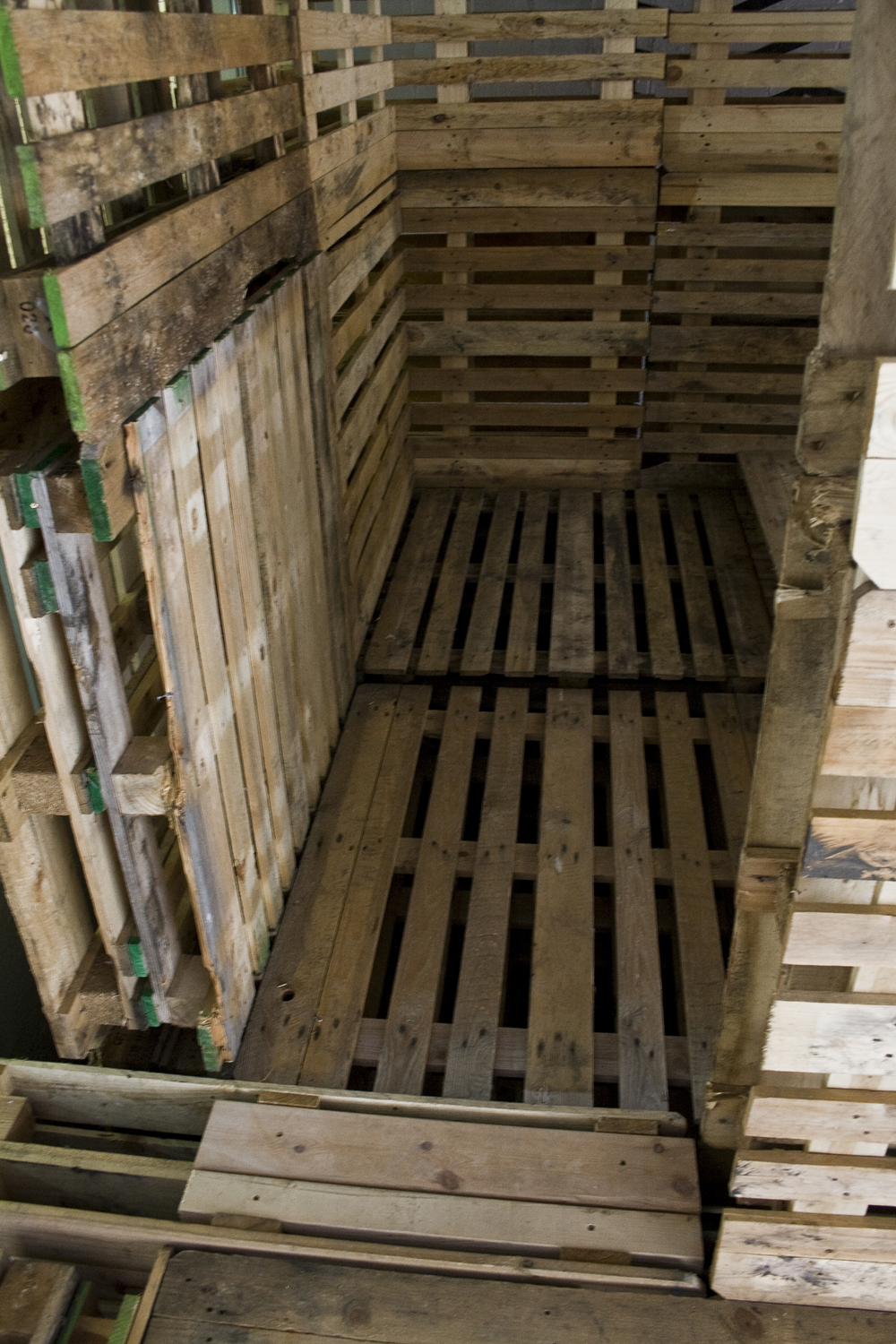 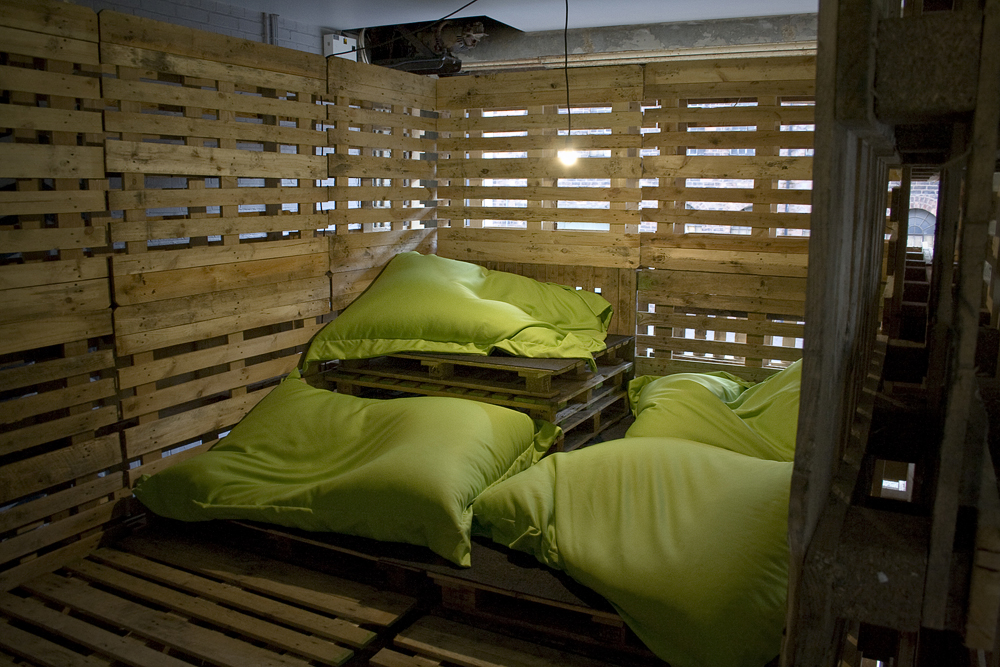 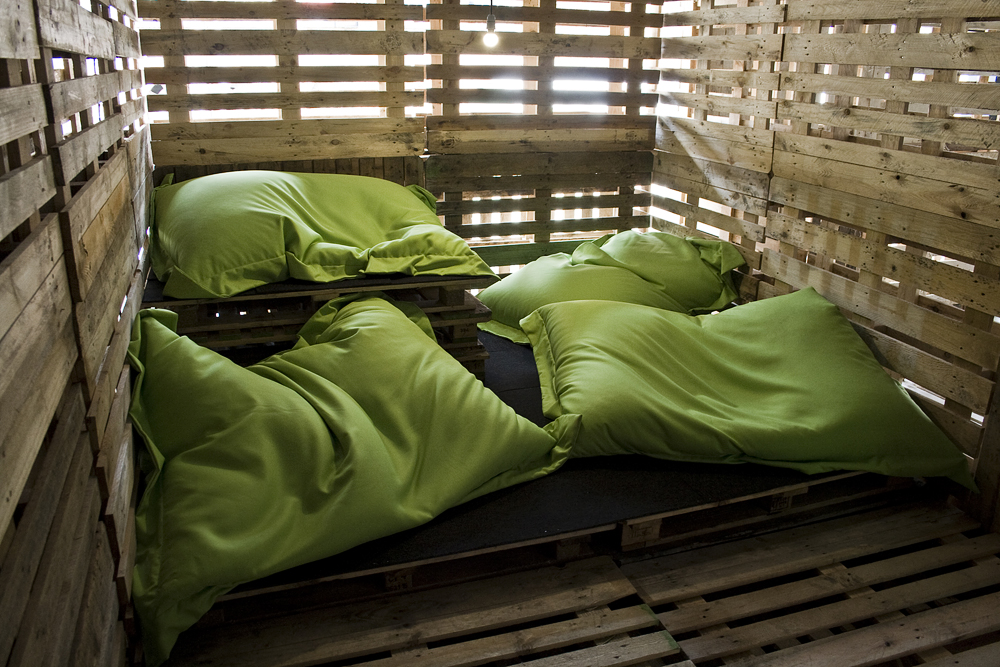 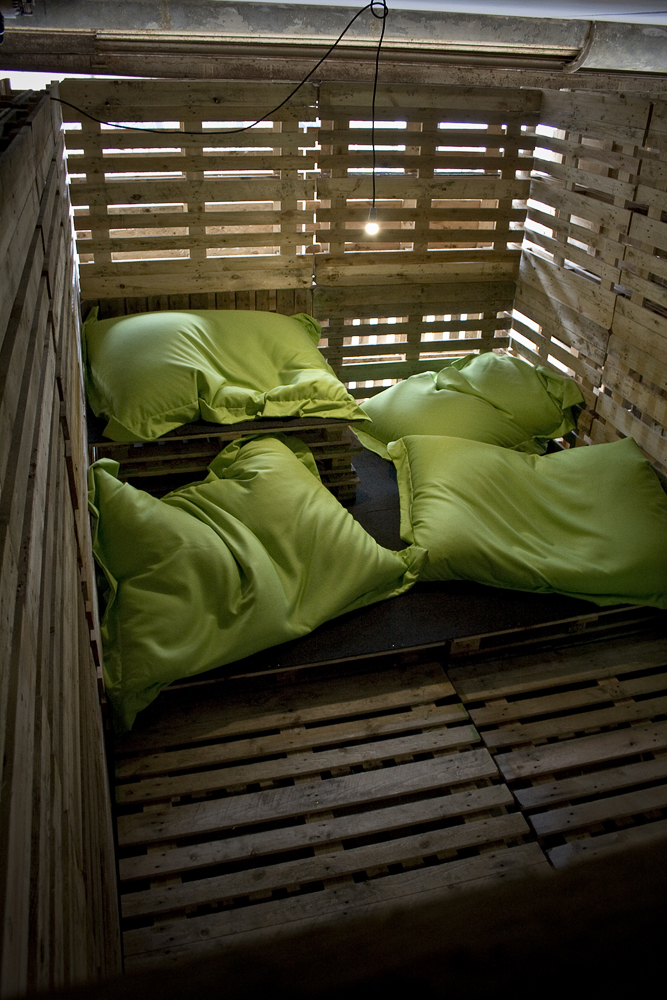 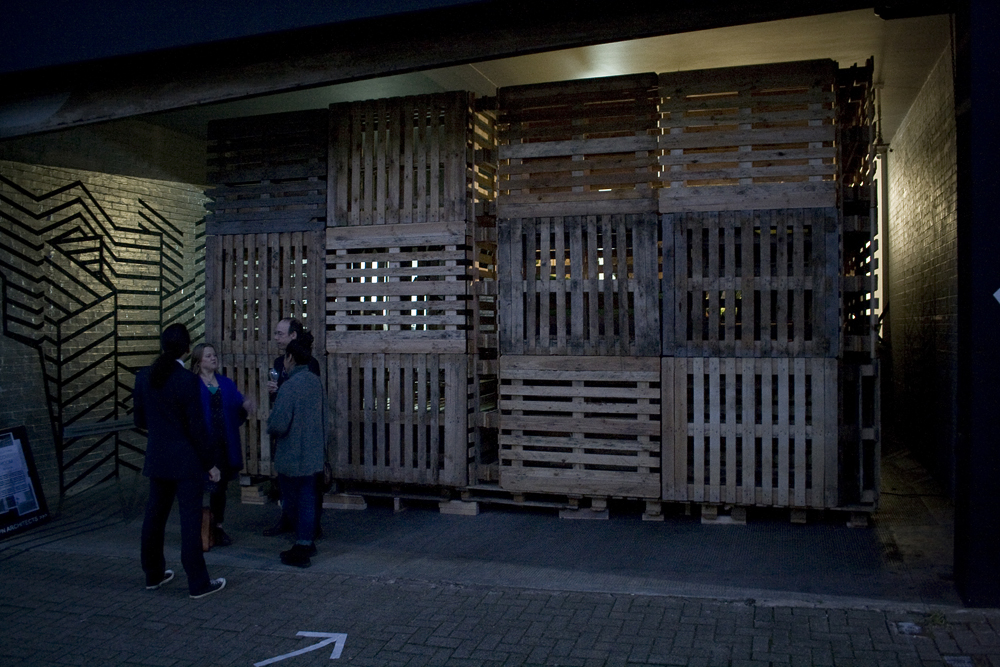 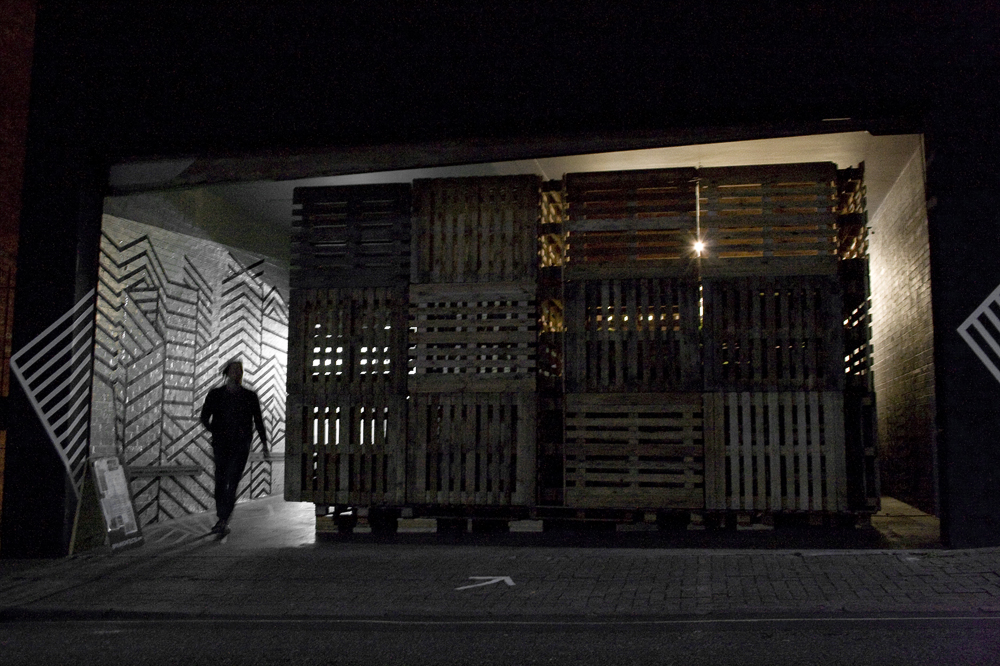 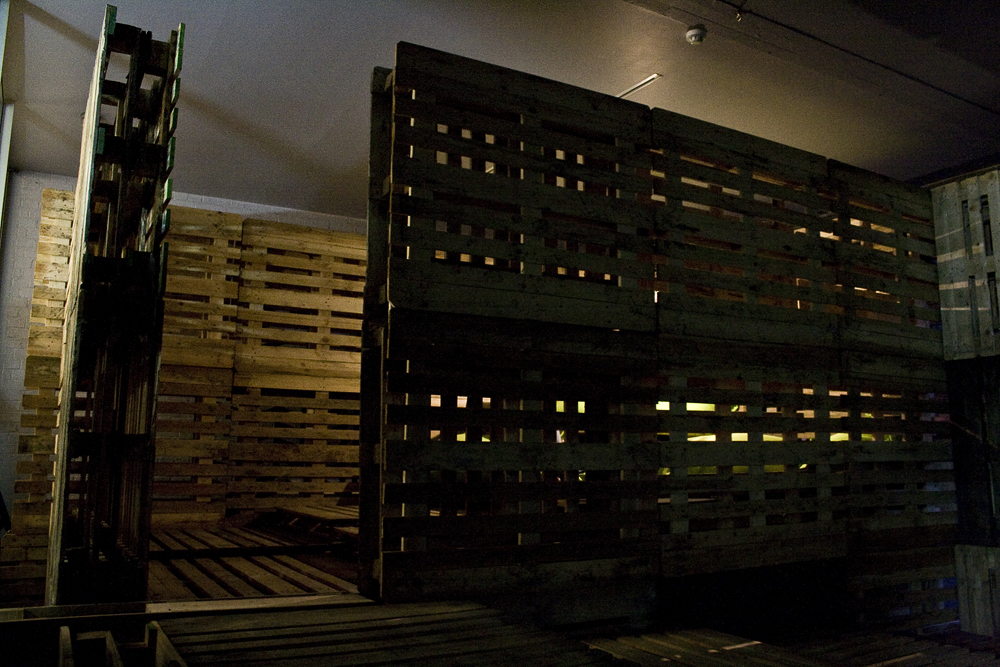 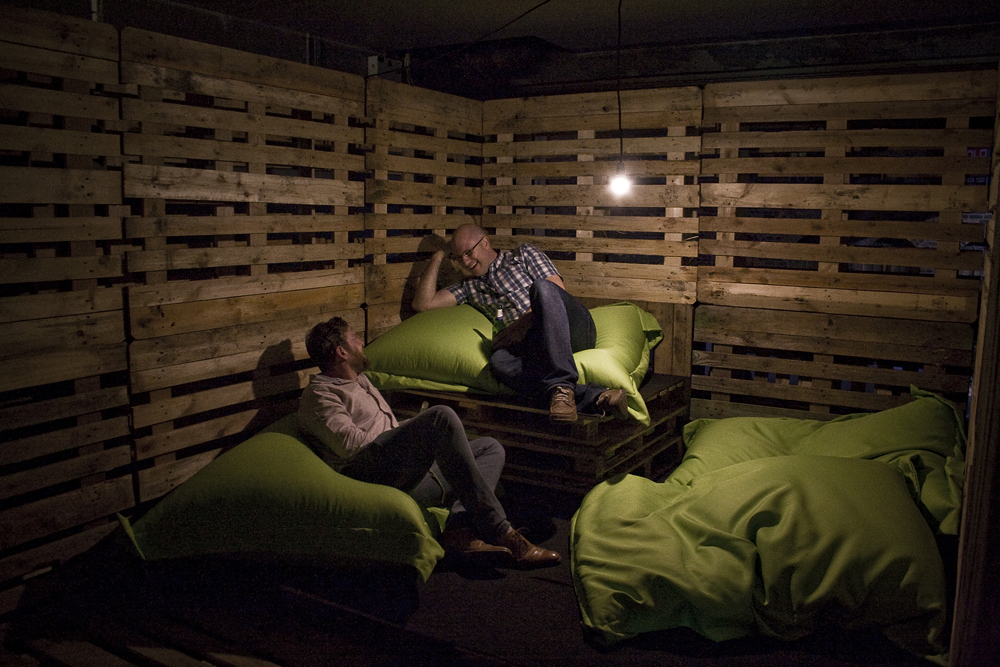 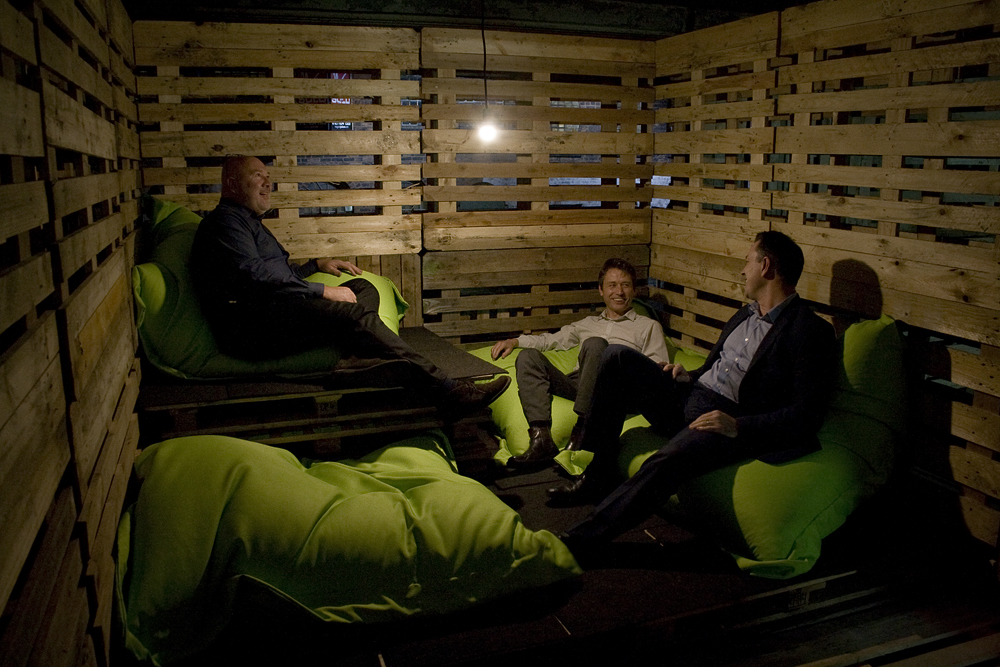