The work was sited in two vacant shop units at the Duke Street entrance to the Mall in Barrow-in-Furness. Its form was derived from the shape and scale of the curved bow of the Vigilant, a Vanguard class nuclear submarine built in Barrow.

The intention of the work was to make it appear that the submarine had dropped onto the building. However, instead of demolishing it, the building had adjusted itself to accommodate the shape of the hull.

The people of Barrow were familiar with the form of the submarine - a large percentage of the population work for BAe (the makers of the sub) - and the nose-cones of the vessels were wheeled through the town on huge moving platforms to a massive hanger for assembly.

The impact of the industry on the town is palpable, which was something Rich wanted to express with the work. He was made aware, through research and interactions, of the complicated relationship between the town and the factory - a symbiotic need for each-other tempered with the dominating aspect of the huge hanger complex.

BAe provides much employment for the town, but as a result it feels short on diversity of opportunity. Rich tried to express this through the work by having it impacting on the building but not having it destroy it. The two conflicting forms developed an uneasy alliance. Reactions to the work were favourable as everyone enjoyed the irony of making an underwater vessel out of cardboard.

Special thanks to Spike for his assistance, and to Tony and everyone at the market. 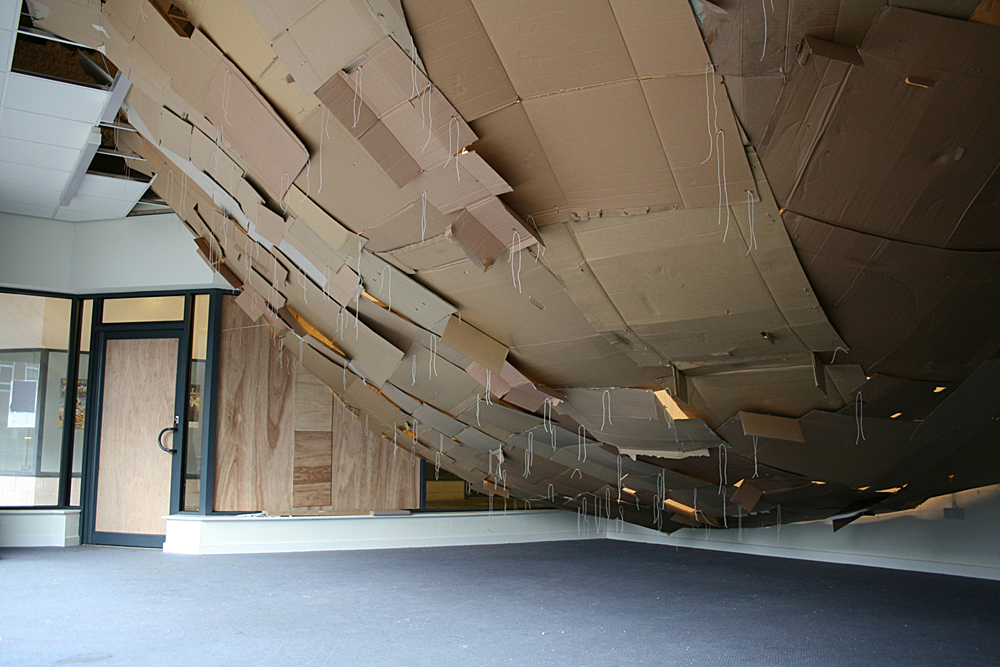 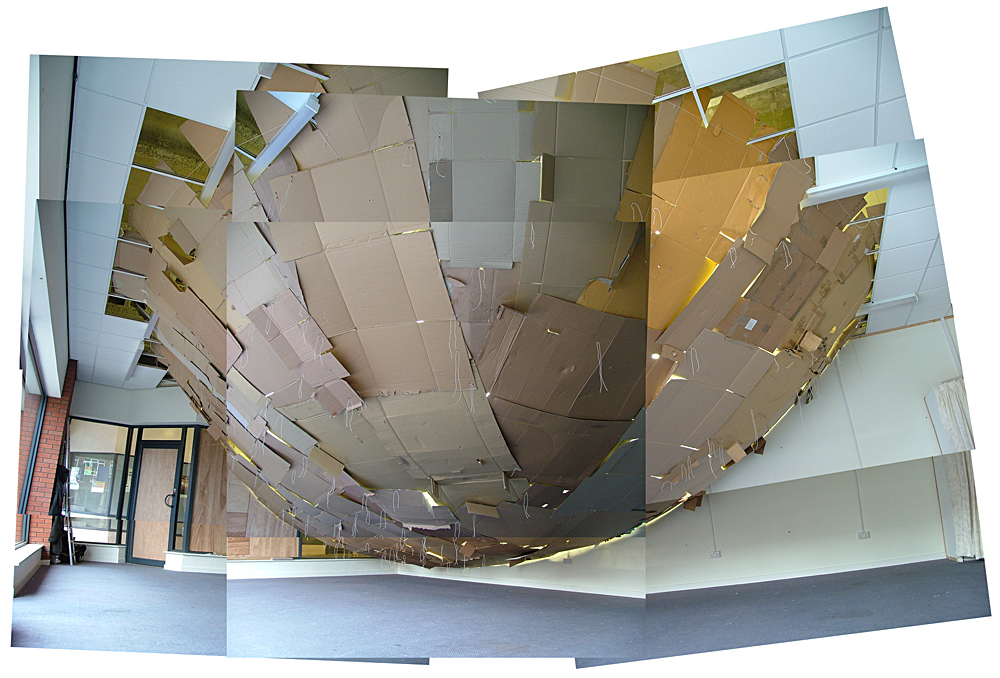 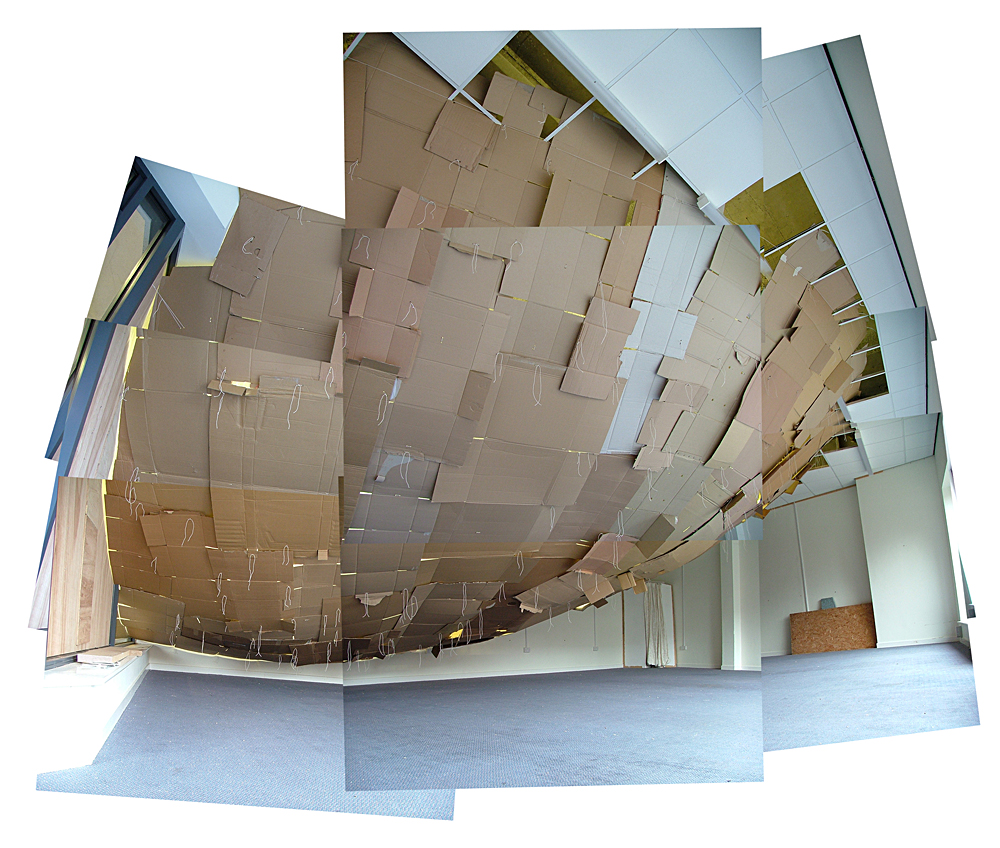 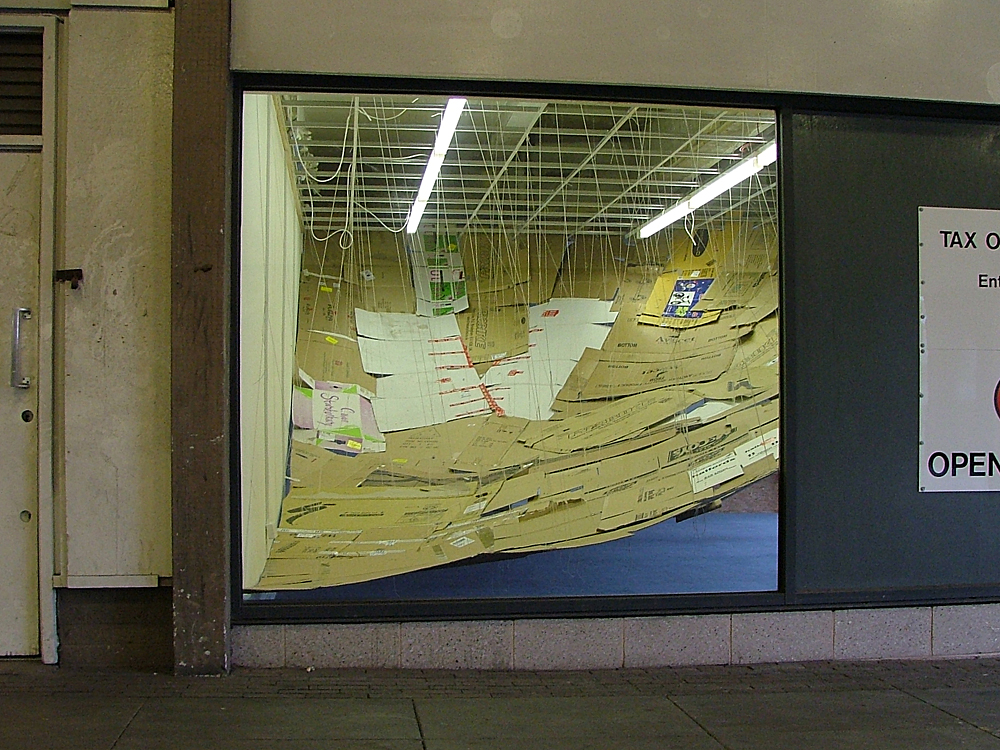 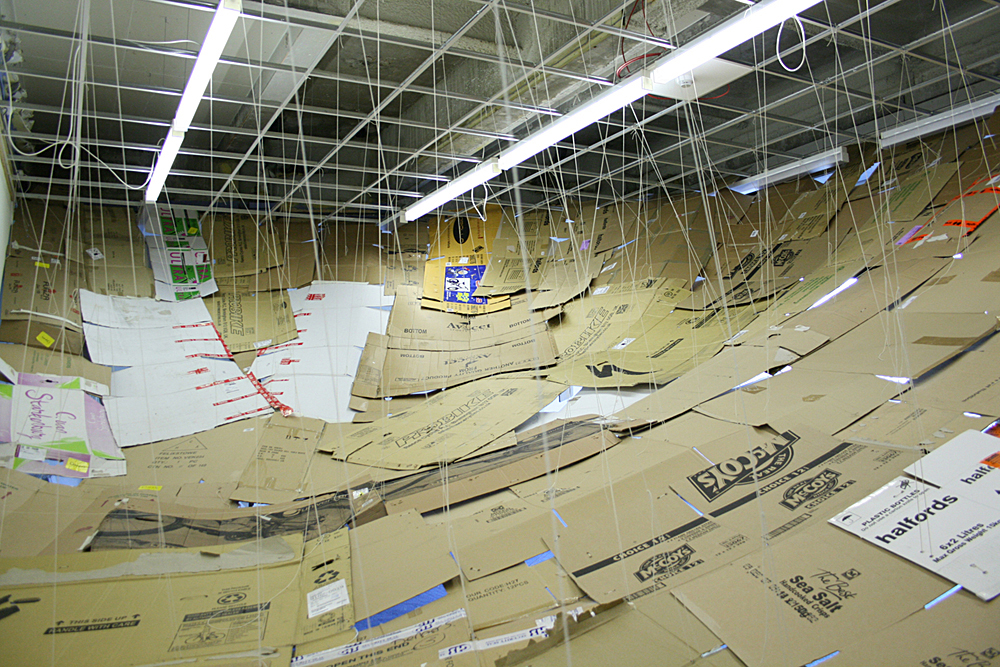 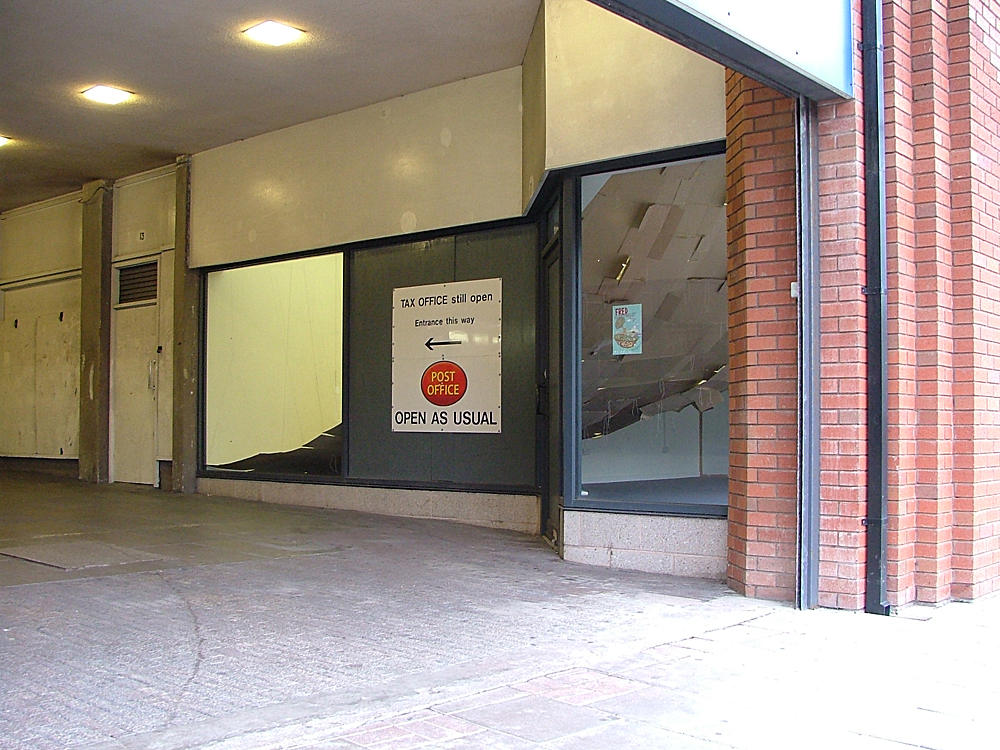 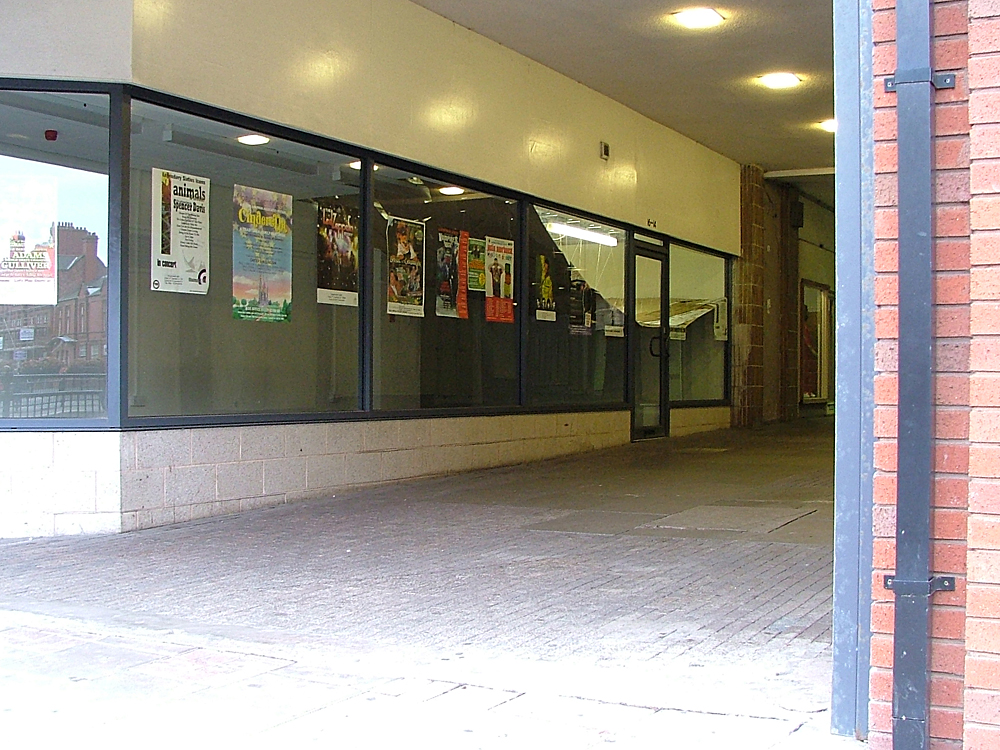 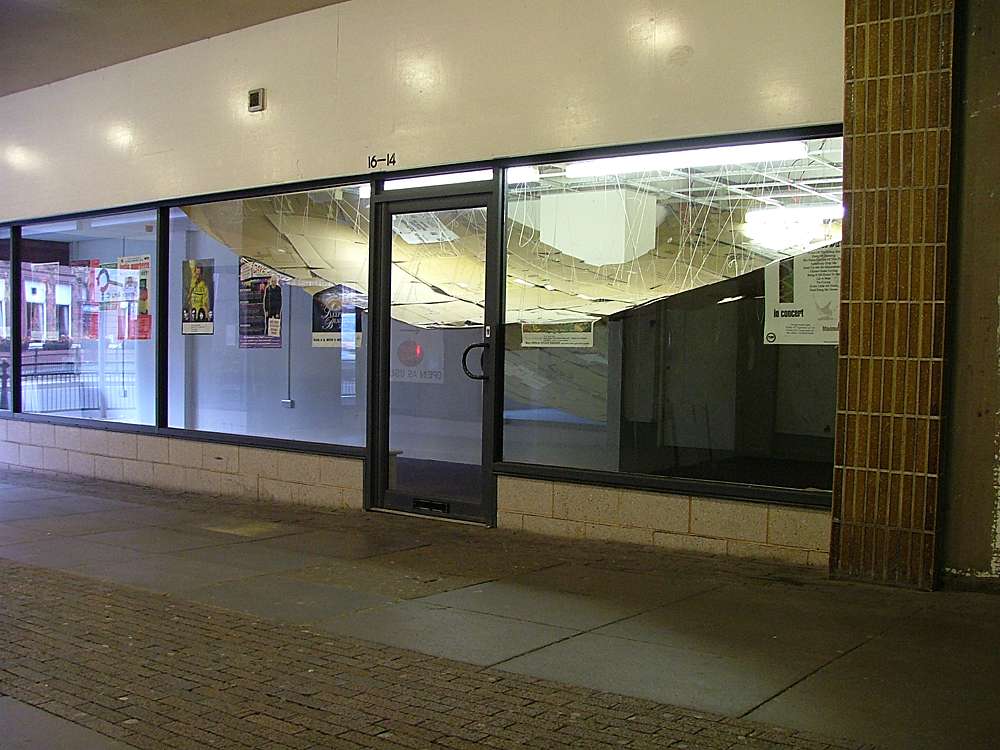 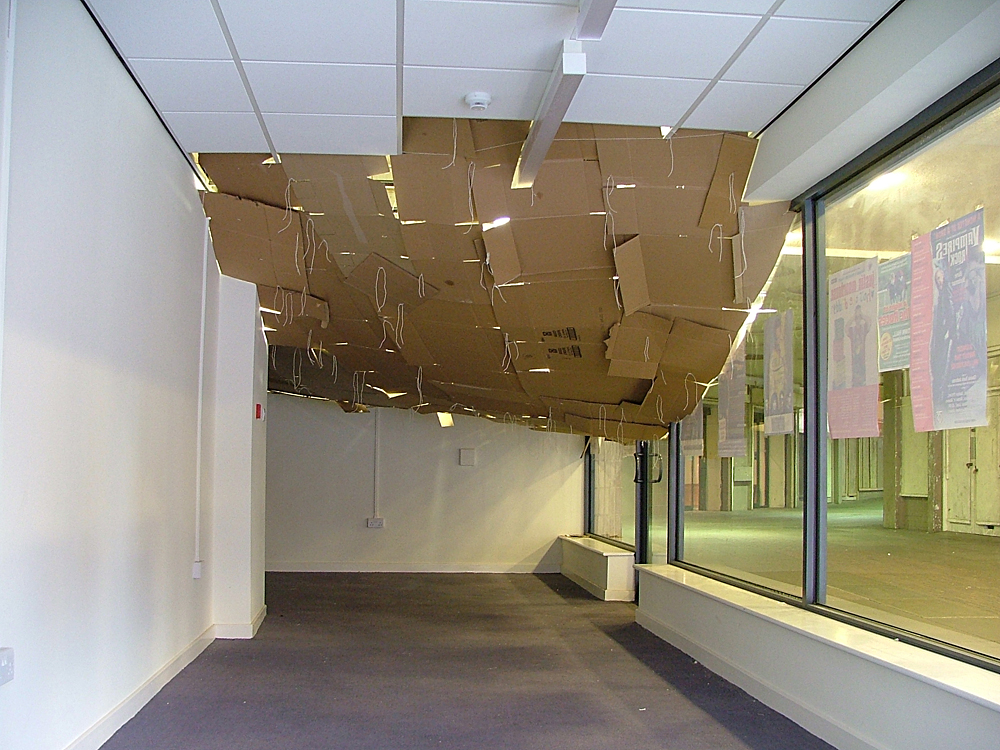 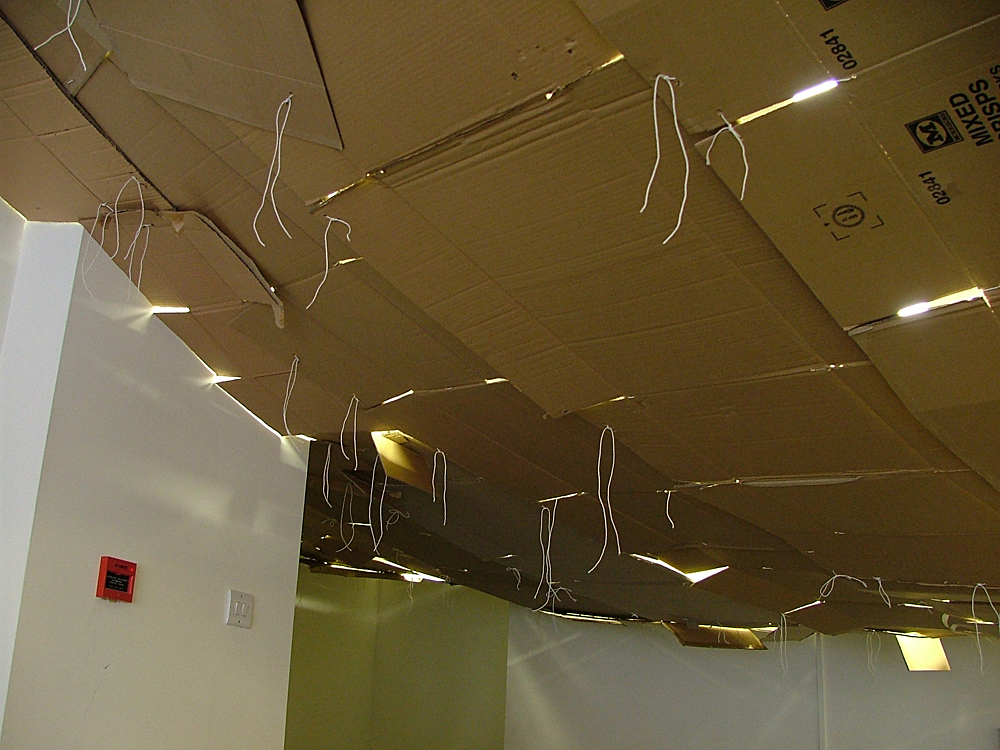 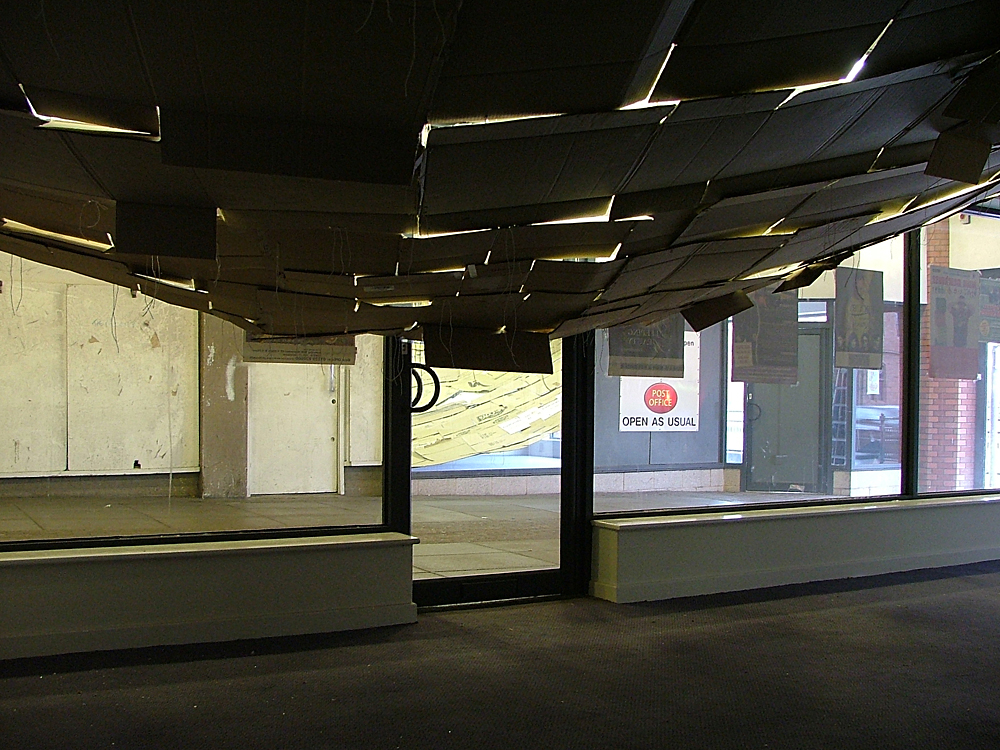